Company leaders often talk about the necessity of making continuous improvements. Spotting problems and fixing them could lead to higher output, fewer defects or recalls, and other advantages. Statistical process control (SPC) is one of the methods commonly relied upon to make progress.

What Is Statistical Process Control?

Which 14 Tools Do People Use for SPC?

Dr. Kaoru Ishikawa introduced the world to 7-QC tools when writing about them in a 1974 quality control book. However, in the 1920s, Walter A. Shewhart started relying on SPC while working at Bell Laboratories. His earlier efforts depended on statistical analysis for better quality, but Shewhart did not use the 7-QC and 7-SUPP categories.

Nevertheless, it’s useful to know about the methods in each group to understand how SPC evolved. The items in the 7-QC group are as follows:

The 7-SUPP tools are:

Company decision-makers and quality control specialists commonly invest in SPC-based intelligence platforms to utilize all these tools. For example, they can access dashboards that let them see all the various charts in one place and compare how things changed over time.

How Does SPC Differ From Statistical Quality Control?

Some people talk about statistical process control and statistical quality control (SQC) interchangeably. However, there are some key differences between the two methods.

First, whereas SPC measures the independent variables called process inputs, SQC looks at the dependent process outputs. Moreover, SQC requires carrying out acceptance testing, which means selecting a product sample and screening it for defects. SPC does not have an acceptance testing aspect.

What Are the Main Event-Based Causes That SPC Measures?

SPC requires a fundamental two-step process. The first step tests the process and ensures it fulfills the required purposes. The next stage consists of monitoring it to verify it stays consistent. For example, if an industrial machine becomes misaligned or has a worn component, things may become unstable even after a person initially identified it as secure.

When Shewhart started defining SPC and applying it to his work, he described two types of causes — chance and assignable. When clarifying the distinction between the two, Shewhart said chance causes are the unavoidable variations that happen randomly, even when every known process influence stays constant. Using statistical methods like those described earlier can help people verify the likelihood of a chance cause occurring and making a component fall outside of specifications.

Assignable causes are the variations that someone could link back to a change or event. For example, they could see that a broken refrigerator caused a temperature fluctuation that led to spoiled food. It is very challenging for a person to use statistics alone to predict a process output before assignable causes influence it.

Today, people more commonly refer to chance causes as common and assignable causes as special. One of the goals of SPC is to connect all variations in a process to common causes. Then, a person could use statistics to predict the likelihood of a defect happening.

When going through the two stages of SPC described earlier, the people studying a process usually find only a few dominant special causes, but more variables. They aim to locate and remove those special causes to make the process more stable.

Is SPC a Worthwhile Venture?

Industries ranging from manufacturing to medicine use statistical process control to keep quality levels high. Many decision-makers find it immensely helpful for finding the causes of problems.

However, the people who are most likely to see the best benefits from SPC invest the time and money to address problems after identifying them. Professionals who are thinking about using SPC at their companies should keep that reality in mind.

First Article Inspection 101: What You Need to Know Devin Partida is a writer covering manufacturing and industrial safety, as well as business technology. You can read more from Devin at ReHack.com, where she is the Editor-in-Chief. 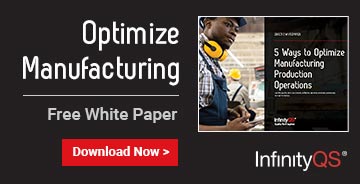 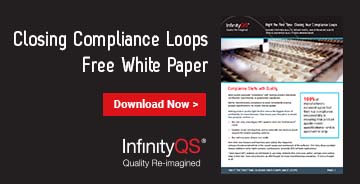