This website requires certain cookies to work and uses other cookies to help you have the best experience. By visiting this website, certain cookies have already been set, which you may delete and block. By closing this message or continuing to use our site, you agree to the use of cookies. Visit our updated privacy and cookie policy to learn more.
Home » Industry 4.0, Covid Measures Lead Manufacturers to In-House Calibration for Better Quality Control and Faster Speed-to-Market
Making Measurement EasyEasy Calibration & Setting
Sponsored Content

The increased digitization in global supply chains as a response to the Covid-19 pandemic has accelerated the adoption of smart manufacturing and Internet of Things technologies over the past year.

Data is the lifeblood of efficient and effective Industry 4.0 manufacturing, as it is used to inform predictive maintenance, maximize production capacity, and even develop new products. Thus, ensuring that data is accurate, is vital for businesses to stay competitive in the global manufacturing arena.

Accurate data is the result of accurate sensors, gages, and other measurement instruments that collect data for analysis and interpretation to make smarter business decisions. With intelligence driving manufacturing gains and the slightest inefficiencies resulting in losses, never has high quality inspection, leveling, control and calibration equipment been in higher demand.

Data -- just like a chain -- is only as strong as its weakest link. And manufacturers’ ability to perform accurate measurements and consistently trust that data hinges on the metrology instruments themselves being calibrated to ensure the utmost precision.

Fowler High Precision, which has led the North American equipment calibration industry for 75 years, has innovated with the times, via partnerships with global industry leaders such as Baty, Bowers, Sylvac, Trimos and Wyler as well as through constant in-house development of state-of-the-arts electronics that are consistently compatible with the latest Industry 4.0 technologies.

The global pandemic brought with it lockdowns and instituted social distancing norms that upended how manufacturers operate. Maintenance and calibration -- scheduled services that many producers subcontract out for -- now had to take into account local regulations and health concerns, resulting in more time spent, and subsequently, higher costs due to longer equipment downtime.

In response, Fowler innovated quickly, rolling out cost-competitive and easy-to-use precision tools and calibration service teams for in-house calibration. More calibration being carried out in-house resulted in both higher quality control and faster speed-to-market for Fowler customers, a significant differentiator in an increasingly competitive manufacturing market. 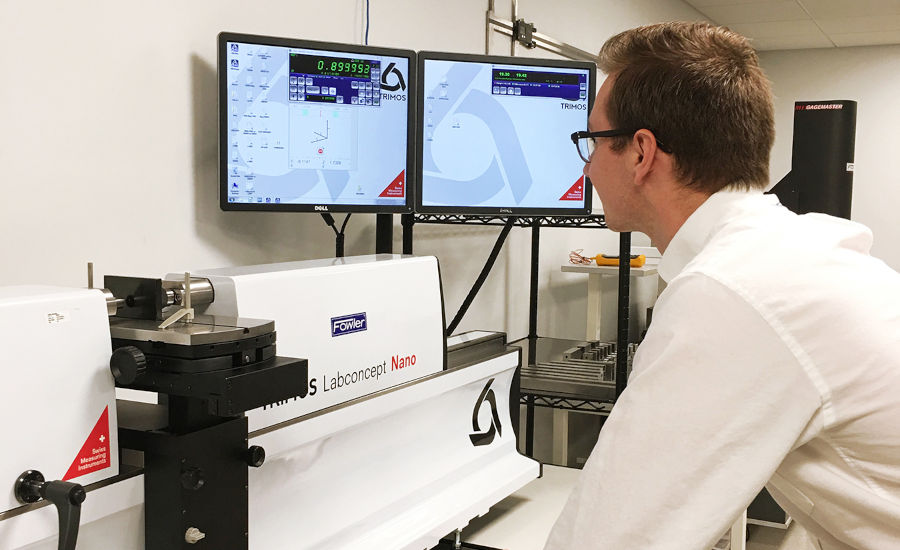 Manufacturers of all sizes and at different stages of the global supply chain have benefited from using Fowler’s metrology tools as they switch to in-house calibration.

Ohio-based pneumatic cylinder manufacturer IMI Norgren saw significant savings after it switched from outside calibration services to in-house calibration using the Fowler Trimos horizontal setting device. Not only does IMI Norgren now save more than $24,000 a year in direct costs, but it has also reduced time taken for calibration from three weeks to just a single day.

In England, metrology service provider Mech Metrology has improved certainty of measurement by 50% and increased their capacity for in-house calibration services with the help of the Fowler Trimos Horizon Premium Length Measuring Machine. In short, Mech Metrology -- a customer of Fowler’s British brand partner Bowers Group -- is getting much more work done in much less time.

Calibration is a necessary part of the manufacturing process, even more so now with the rise of Industry 4.0 technologies such as machine-to-machine, industrial Internet of Things, smart sensors, and artificial intelligence. Manufacturers have greater visibility of the entire supply chain now, but this visibility is contingent on the accuracy of ‘intelligence’ and measurements collected by their machinery.

With in-house calibration tools now valued among manufacturers who want tighter process controls, the accuracy of measurement instruments and subsequent data validity can be ascertained quicker, cheaper and with minimal training and downtime.

Established in 1946, Fowler High Precision has been a leading source for precision tools and measuring instruments. From 6" rules to some of the most sophisticated electronic measuring instruments in the world, Fowler has solutions for most precision applications. Working closely with its precision partners: Bowers, Sylvac, Trimos, and zCAT, Fowler continually delivers cutting edge measurement technology to an ever-more-demanding marketplace.

From Paper and Pencil to Industry 4.0: Revealing the Value of Data through Quality Intelligence

Industrial Automation Market for Global and China Industry Forecast to 2015

Making Measurement Easy | Written by engineers for engineers, FUSION 3D can work in 2D or 3D, on manual or CNC CMMs and is equally at home when used with either touch, scanning or vision systems.