Throughout his career Gary has been an active member of the Coordinate Metrology Society serving on both the Executive Committee and the Certification Committee. Gary will be discussing a brief history of the Coordinate Metrology Society (CMS) and the evolution of the CMS Certification and the committee that took on this endeavor. The Certification Committee is a charter of the CMS which set forth in 2009 to establish a means of evaluating the technical competency of personnel working in the various disciplines of 3D Metrology. Gary will take the attendees through the various levels of certification, summarizing the knowledge-based and performance-based topics, requirements, and expectations. Engineers, educators, programmers, and operators of both portable and stationary coordinate measurement machines (CMMs) will benefit from the processes outlined and the impact of certification in developing or advancing a career in 3D Metrology. 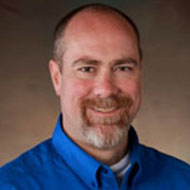 Gary Confalone has spent the past three decades working in the metrology industry. His industry experience is wide and varying, with a great deal of his career spent developing high precision metrology techniques, processes, and equipment for the aerospace industry.
Gary received a Bachelor of Science degree in Electrical Engineering from the University of Massachusetts with a concentration in Optical Physics. He continued his graduate studies in optics and engineering earning a Master of Science Degree from Boston University.
After graduating Gary began his career at Sikorsky Aircraft as a Systems Integration Engineer. Here Gary was an active member of the American Helicopter Society, where he was involved in laser metrology research as it applied to the production of the Army’s RAH-66 Comanche Helicopter. He received the Inventor's Recognition Award from Sikorsky Aircraft where he spent close to a decade developing various laser-based measurement and bore-sight systems in support of both commercial and military programs.
Prior to starting East Coast Metrology, Gary worked in Engineering and Director roles for SpatialMetrix Corporation and Laser Projection Technologies, both of which are owned by Faro Technologies today. Throughout the years, Gary has been an active member of many professional societies including the Coordinate Metrology Society serving in both the Executive Committee as Chair, and the Certification Committee as Vice Chair. Gary is currently the co-author of a book on 3D Metrology for Advanced Manufacturing, which is due to be published in 2022 by Wiley Publishing Company.