Reverse engineering and quality control will continue to be growing applications for 3D scanning technology, along with newer opportunities in virtual and augmented reality.

What do Arnold Schwarzenegger, a Tyrannosaurus Rex named Trix, British water pipes, and a 1927 Ford Eifel have in common? They have all been digitized using professional handheld 3D scanners. This small sample size of projects proves the diversity and usefulness of 3D scanning in various industries from entertainment and special effects to historical preservation. However, the most potential may lie within the industrial and manufacturing sectors for the purposes of reverse engineering and quality control. 3D scanning is setting new standards for these applications, replacing antiquated, labor-intensive and error-prone techniques.

Projected light scanning technology is the fastest scanning technology available and has continued to grow in popularity. This technology works by flashing a grid pattern of light over an object, where it distorts based on the topography. The distorted pattern then reflects to the scanner, where it is measured. Each flash of light provides XYZ points or polygons. As an object is scanned from various angles, the data from the different flashes are fused together using mathematical models to create a digital model.

The processed scan data, in the form of a point cloud or mesh, can be used for a number of applications, including measurement, visualization and animation, digital archiving and 3D printing. It can even be used to do a lost-wax casting process in which a STL model of the object is created and 3D-printed in wax, which is then used to cast the object in other materials.

The act of reverse engineering entails going from the mesh or point cloud to a CAD parametric model. What is the difference between these formats? If you scanned a table, the scan mesh would show the undulating surface of the wood finish, while a CAD parametric model of the same table would provide a smooth surface. This is useful for manufacturing and product design. With a CAD model it is possible to create a perfect part that represents design intent, rather than an accurate representation that captures the flaws and worn aspects of an existing object. 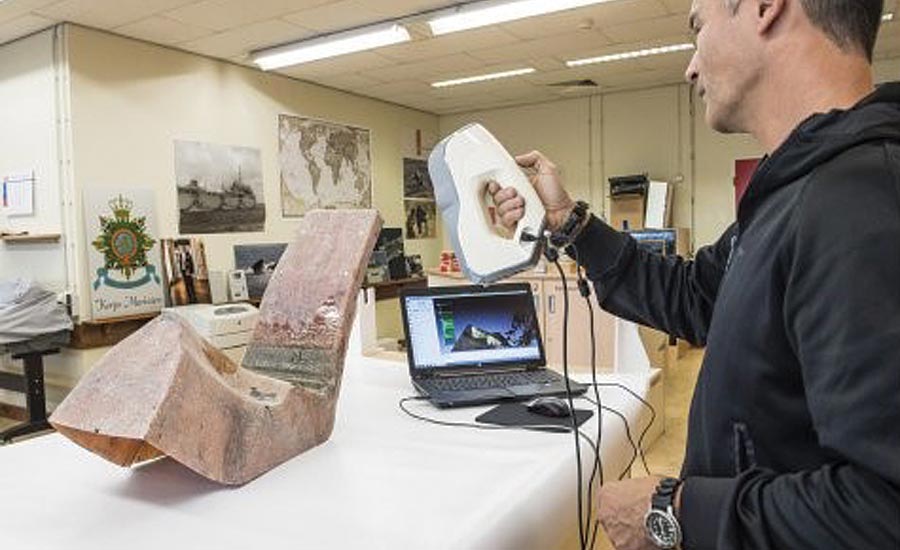 The Royal Netherlands Navy employs 3D scanning as part of their maintenance workflow.

Using 3D scanning for reverse engineering allows for the creation of legacy parts for older, yet still serviceable, machinery. This is what Turkey’s Teknodizayn did during a job commissioned by Assan ASP, a well-known international manufacturer and distributor of construction machine spare parts. The task was to digitize a drawbar and yoke assembly and a circle assembly so that the parts could be accurately manufactured from the data obtained from the 3D scans and fitted to the same model of machine in the future. Traditionally, it would take Assan ASP a couple of weeks to measure and draw these parts, and some of the elements were quite difficult to measure accurately with traditional methods, which is why the company turned to 3D scanning. Not only would the company save valuable time by eliminating the manual measurement of the parts, it also eliminated the chance of human error when recording dimensions.

Each part, roughly 10 feet wide, took around 30 to 40 minutes to scan. Once Teknodizayn was done with the scanning, the data underwent post-processing, which took around four to five hours. There were numerous scans from different angles on both top and bottom of the parts, which added up to a large amount of data. The first step in post-processing involved erasing the unnecessary parts of the scans. Then the scans were aligned using the software’s built-in features. After this, Sharp Fusion was used with the best possible resolution, creating STL mesh models ready for reverse engineering. The files were exported to reverse engineering software. A reverse engineering specialist first auto-regioned the parts and then aligned them to coordinate planes. Later he parametrically drew the solid models accurately, feature-by-feature. After seven to eight hours of working on each part, the solid models were ready to be manufactured directly.

This same concept is deployed for the Dutch Royal Navy by Marinebedrijf Koninklijke Marine. The company maintains ships for the Navy on a regular basis, however, it’s common for them not to have the 3D CAD files for the parts that need to be repaired. When they have no 3D data or drawings of the part, Marinebedrijf Koninklijke Marine utilizes 3D scanners to reverse engineer the object. The part is then replicated using 3D printing techniques, 3-5 axis milling or 3D welding. 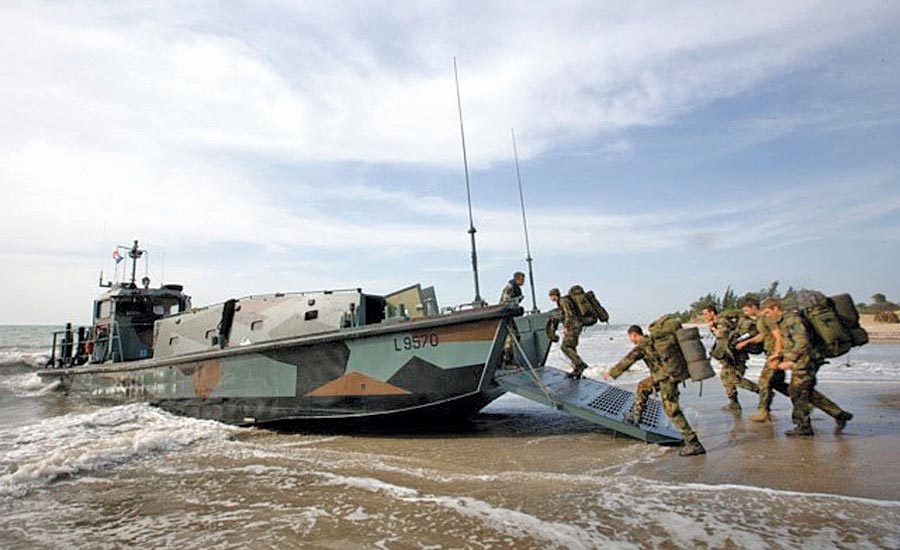 The Netherlands Navy also uses 3D scanning to reverse engineer parts of their fleet which have no CAD data or precise drawings.

3D scanning can be a useful tool, even if the intent is not to reproduce the part or object being scanned. For quality control applications, a part can be pulled off an assembly line, scanned and converted into a digital model so that it can be compared to the original CAD design. The goal would obviously be to have the scan of the finished part be as close to the original model as possible.

The surface information that can be discovered using a 3D scanner has proven vital for the inspection of water pipes in the U.K. that are cast iron. Pipes of this material corrode unevenly, and it is very hard to detect. The old method for assessing pipes would involve cutting out a short length, sand-blasting it and measuring craters by hand—a disruptive practice for both road users and customers. The new method for evaluating these revolve around the use of nondestructive testing (NDT), such as 3D scanning. Now, the utility can compare models from before and after corrosion is removed from the pipes.

3D scanning technology is getting smarter as well. Some of the more advanced models have built-in AI to help make the scanning process smoother and make professional technology easy to operate even for untrained individuals. As the AI capabilities within scanners expand, it’s easy to see a scenario where the technology can make decisions based on certain parameters. Using the water pipe case study as an example, in the future, the scanner would be able to alert the user as it discovers craters on the pipe’s surface that need immediate attention and classify other craters as areas to continue to monitor.

Reverse engineering and quality control will continue to be growing applications for 3D scanning technology, along with newer opportunities in virtual and augmented reality. Knowing and mastering this technology will be a highly sought-after skill for many industries looking to develop and streamline their workflow. Q

The Hybridization of Inspection and Reverse Engineering Using 3D Scanning

Reverse Engineering: What’s it all about?

Reverse Engineering Continues to Expand its Role in Industry

Reverse Engineering for a Model-Based World