Predictive maintenance, OPC unified architecture, and quantum dot technology are just some of the new buzzwords in this space, according to industry experts.

Sensors that report a factory’s performance by measuring machine functioning, downtime, and production goals are in high demand.

And with that demand comes the expectation that those sensors will be fast, precise, and consistently providing quality data.

“Sensors are the eyes of the factory,” says Dana Holmes, global business development manager at Banner Engineering. “They tell you what’s happening at a moment’s notice, so you always know—even if you’re not on the production line. Being able to keep those lines running, make products that meet customer requirements, and implementing machines that perform multiple applications is essential.”

In response to this demand, sensors are incorporating multiple functions within a singular package. For example, laser sensors might also contain distance outputs in addition to providing presence and absence detection, says Mike Hamoy, product manager at Omron Automation Americas.

Whether they deal with proximity, photoelectricity, or fiber optics, a growing number of sensors are available with increased sensing ranges, among other capabilities. As their functionality and intelligence continue to advance, today’s sensors are smaller and better prepared to handle tougher environments.

As part of Industry 4.0, manufacturers are embracing industrial networks for more connected and intelligent machines, which ultimately improve performance, efficiency and productivity.

This is key when changes in manufacturing environments—such as increased demand for a certain material—may require greater flexibility from the sensor. That flexibility could mean a longer sensing range or technology such as background suppression, which enables the sensor to detect a greater variety of objects.

This is where IO-Link, a relatively affordable and impactful open communications protocol, comes into play. IO-Link enables scalable, direct communications between sensors and the controller.

“Predictive maintenance sensors with wireless connectivity allow you to track your equipment health by monitoring characteristics like vibration, temperature, current, and pressure, and establish thresholds for warning and alarm conditions,” says Holmes. “IO-Link has numerous advantages that affect the changing field as well, such as: standardized and reduced wiring, increased data availability, remote configuration and monitoring, simple device replacement, and extended diagnostics.”

According to Holmes, technologies such as IO-Link enable sensors to collect more data, monitor exactly what is happening on the assembly line, and identify problems to maintain machine performance. Specialty sensors with clear object detection and precision measurement capabilities pave the way. For example, clear, black and shiny metal targets that were historically difficult are now possible to reliably detect because of these sensors, Holmes said.

Of course, an IO-Link capability first requires IoT compatibility. IoT has been a “huge driving force” in sensor development, Holmes says, as it gives manufacturers greater visibility into their operations by enabling access to critical performance and production data. This makes it easy for manufacturers to solve problems, identify trends, and make better, data driven decisions, he said.

“IoT is pushing sensor manufacturers to add more intelligence to their sensors and include more configurable functionality,” Holmes explains. “With IoT platforms like IO-link; product configurations; and alarms, data can be manipulated and mined from the sensor.”

For example, with this added intelligence, proximity sensors that used to register only presence or absence can now also provide internal temperature via IO-Link, he says. 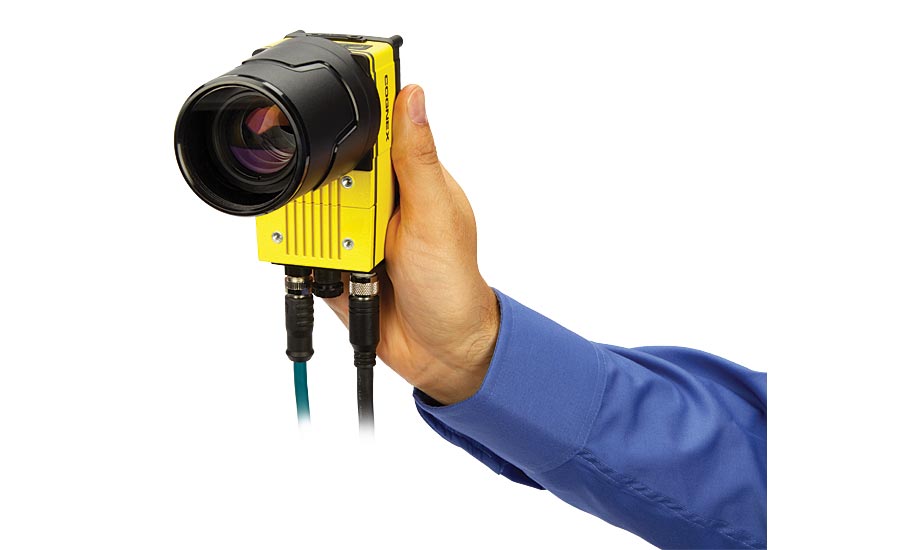 The field has largely embraced the standard, including Europe’s largest mechanical engineering industry association, VDMA, with all major machine vision trade associations around the world contributing to its implementation.

“OPC UA—combined with advanced sensor technology and trends such as deep learning—will help transition machine vision technology from a point solution to a bridge between the industrial world and the physical world,” Testa says.

Today, this bridge currently takes the shape of vision systems and ID readers, which are “key sources of data for modern enterprise,” he says.

Sensors themselves are also a bridge for data. Cloud-based systems use sensors to take information from the factory floor and transfer it to cloud-based storage, Holmes says.

This offsite storage allows manufacturers to glean sensor details remotely—for example, to see if their sensor needs to be reconfigured, replaced, or reprogrammed—which comes in handy if a device is in an inaccessible location, Holmes said.

Imaging sensors based on quantum dot technology are promising, says Steve Kinney, sales manager at Smart Vision Lights. Sensors that are a hybrid between complementary metal oxide semiconductor (CMOS) and short-wave infrared (SWIR) technologies use quantum dot technology, which is highly efficient at converting light into an electrical charge, to reduce cost and increase speed and resolution.

While quantum dot sensors and cameras focused on SWIR imaging are already on the market, quantum dot technology will likely eventually show up in sensors in the form of additional light spectrums; single sensors with broader spectral response than is possible with standard CMOS imagers; and the possibility for customized multi-spectral responses tuned for specific applications, Kinney says.

As the CMOS field evolves, resolution has increased while pixel sizes have decreased, Kinney says.

With high-resolution sensors more suited for high performance imaging, image sensors “will come stocked with differentiators such as very wide aspect ratio sensors,” which might be used for, say, autonomous vehicles, Kinney says.

As machine vision embraces higher-resolution, more intelligent cameras, new automated solutions both on and off the plant floor are within reach, says Testa.

“[This is] all with a simplicity of operation approaching that of the smartphone, which significantly reduces engineering requirements and associated costs,” he says.

As such, Cognex is seeing growing interest in smart cameras with resolution up to 12 megapixels.

“High-resolution sensors mean that a single smart camera inspecting an automobile engine can do the work of several 2- or 5-megapixel smart cameras while maintaining high-accuracy inspections,” he says.

“In the past, lighting variations could be mistaken for defects or the feature was not even visible,” Testa says. “Today, HDR-plus helps reduce the effects of lighting variations, enabling applications in challenging environments that were beyond the capability of machine vision technology just a few years ago.”

“The newest ID readers incorporate HPIT capability for applications such as high-speed tunnel sortation and warehouse management in situations where packages and product size can vary significantly, requiring the camera to quickly adapt to different focal ranges,” he said.

The How’s and Why’s of Leak Testing

The Future of Fatigue Testing

Kaizen in Logistics and Supply Chains