The solution is often a special stylus.

“How do I probe this?” is a question frequently asked by CMM operators and machinists when faced with unusual workpiece features or properties. Often, a traditional ruby ball, carbide stem, and threaded base stylus won’t work. The solution is a special stylus. This article is an overview of some special styli that make up an important part of a CMM or machine tool toolbox.

Disk styli are used to probe interior grooves. Hydraulic component manufacturers depend on disk probes to check interior O-ring grooves. The fascinating thing about disk probes is that there are seemingly no two alike. As part geometry varies, so do disk stylus dimensions. 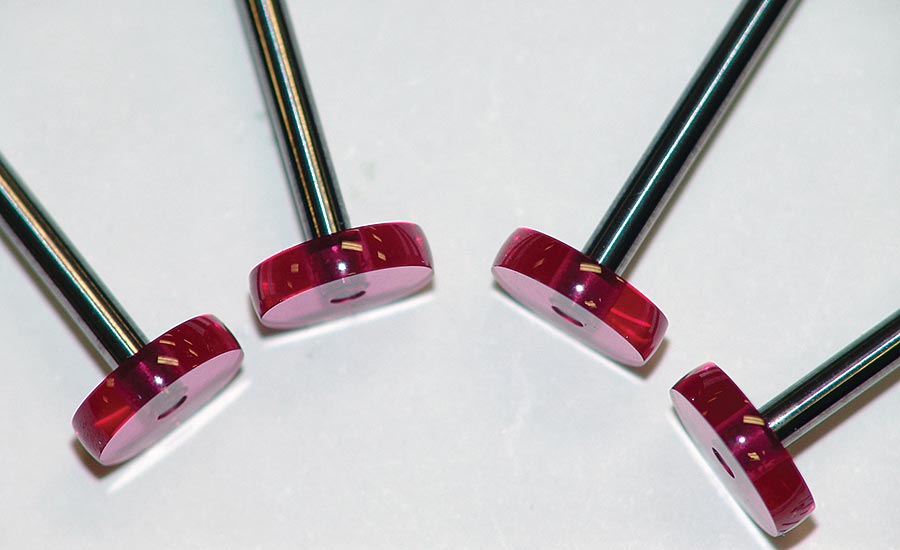 Disk styli typically start as a sphere with the desired edge radius. The sphere is machined on opposite sides to the proper thickness. Finally, a center through hole is added for mounting to a stem. Disk styli are manufactured out of a wide range of hard materials such as ruby, ceramic, hardened steel, and carbide.

We’re frequently asked “How do I calibrate a disk stylus?” The answer is to touch numerous points around the disk surface. A minimum of twelve points should be touched: four around the equator, and eight more distributed widely around the remaining spherical area. Check the calibration results carefully to be certain that the calculated radius is very close to the nominal radius, and that the standard deviation is within limits. If needed, requalify using more touch points until satisfactory results are achieved. 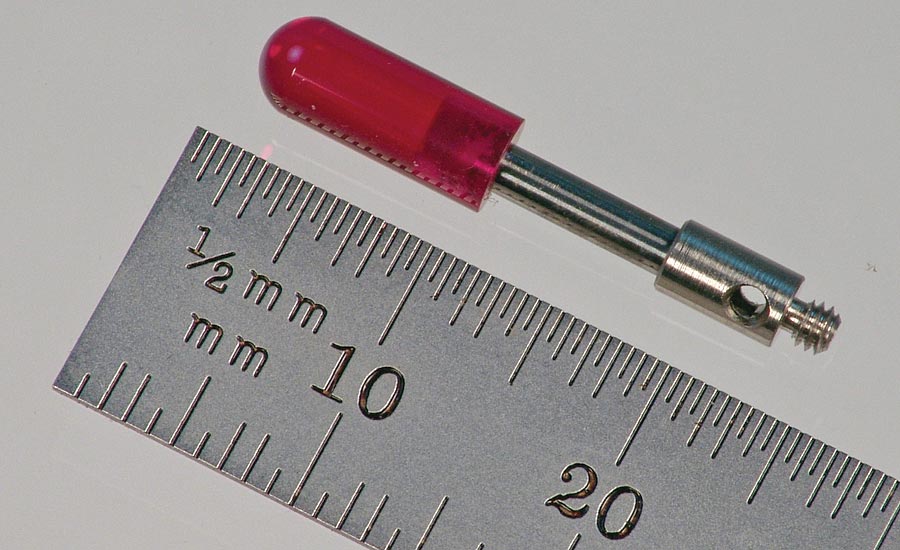 After calibrating a cylinder stylus, it’s important to measure a known artifact, like a ring gage, to ensure that the measurement result is within acceptable limits. Proceed only when you are satisfied with the results.

Styli with ceramic stems have multiple advantages over conventional carbide stems. Ceramic stems are about four times lighter and 10% stiffer than equivalent carbide stems. They are also brittle. Ceramic stem styli are widely used in on-machine probing systems because they break easily in the event of a collision with the workpiece. This advantageous property acts as a mechanical fuse, usually minimizing damage to the probe head and the machine tool. Ceramic stem styli are also used on coordinate measuring machine (CMM) probes as a weight-saving alternative to conventional carbide-stem styli. 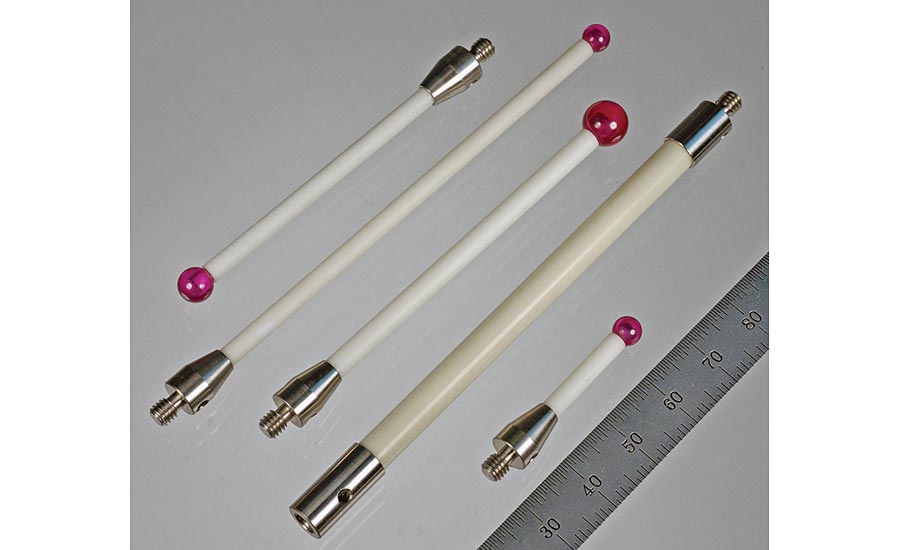 It seems as if carbon fiber components are everywhere. They’re an important part of airframes, automobile bodies, engineered structures, and sporting goods. Carbon fiber components are lightweight, rigid, and strong. These desirable properties make carbon fiber a good choice for stylus stems. When combined with a threaded base made from titanium, a carbon fiber stem stylus weighs about 80% less than a stylus built from traditional materials, that is, stainless steel and carbide. Most probe heads have strict stylus weight restrictions. Users can avoid exceeding these limits by using styli with carbon fiber stems. 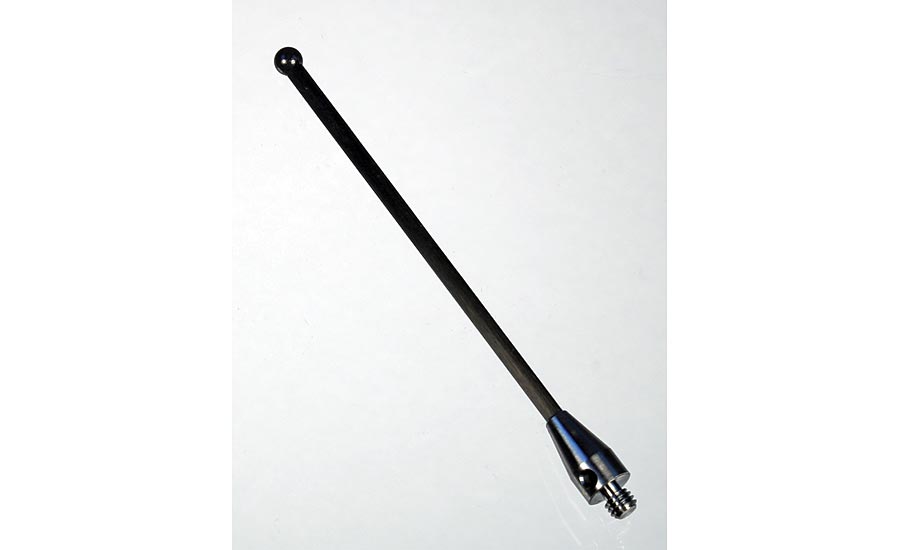 For larger parts and weight savings

It’s good practice to use the largest possible stylus sphere when measuring with a CMM. Large spheres calibrate easily and are less prone to deflection, because they usually have a rigid, large diameter stem. However, as sphere diameters increase, so does their weight. One way to lower weight when using large styli is with a hemispherical stylus. A hemispherical stylus retains the beneficial properties of a large diameter sphere while dramatically reducing its heft. 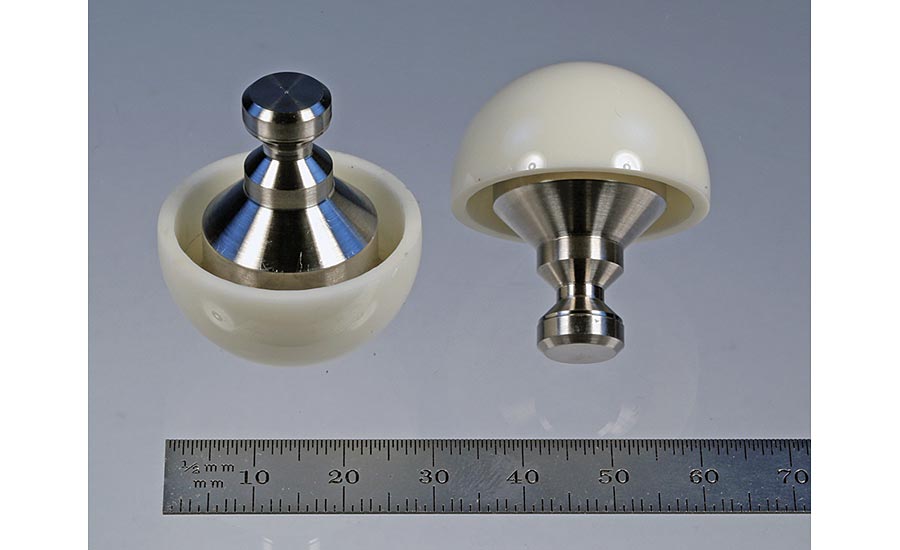 Hemispherical styli are made by machining away all but the outer surface of a sphere, while retaining a portion of the interior for mounting to a stem via a threaded insert or a bonding agent. Thus, the user enjoys the advantages of a large diameter sphere without the extra bulk. To save additional weight, the finished stylus can be mounted directly to a carbon fiber extension.

For measuring hard, soft, or abrasive workpieces, without scratching

In 1947, a young advertising copywriter at De Beers coined the phrase “A Diamond is Forever.” Diamond sphere styli are indeed forever. They exhibit no wear when used to probe any substance except other diamonds. Soft materials don’t build up on their surface. Diamond spheres won’t scratch or mar the material being measured. They are impervious to caustics and acids. In short, diamond spheres are, perhaps, the perfect material for stylus tips. 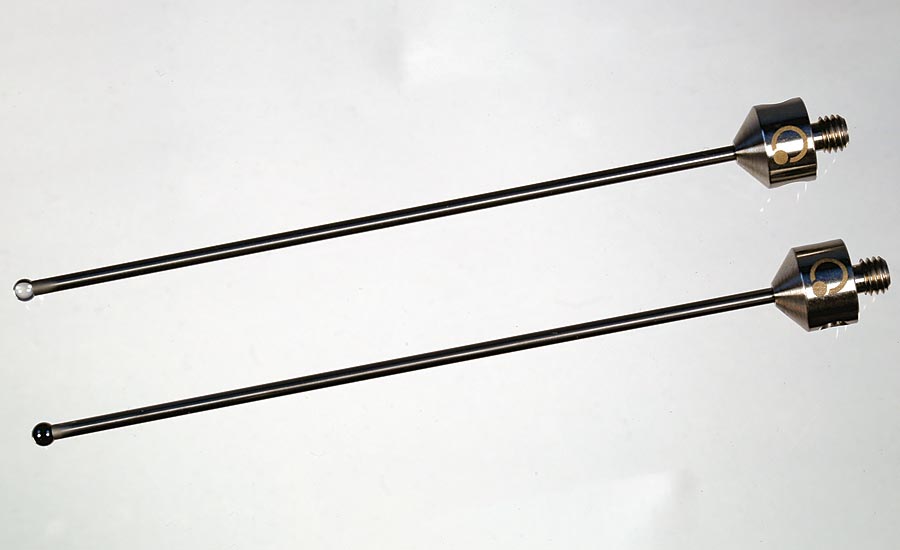 Diamond sphere styli are available with solid diamond spheres or diamond-coated spheres. Solid diamond spheres are best for probing hard or abrasive materials. Diamond-coated styli are recommended for soft materials, like aluminum alloys, because material build-up on the sphere is eliminated. Soft material buildup is a common occurrence with ruby styli. When this happens, the ruby stylus is no longer useful. While the initial cost of a diamond sphere stylus may be high, their advantages often outweigh the cost of repeatedly inspecting and replacing worn or damaged styli. 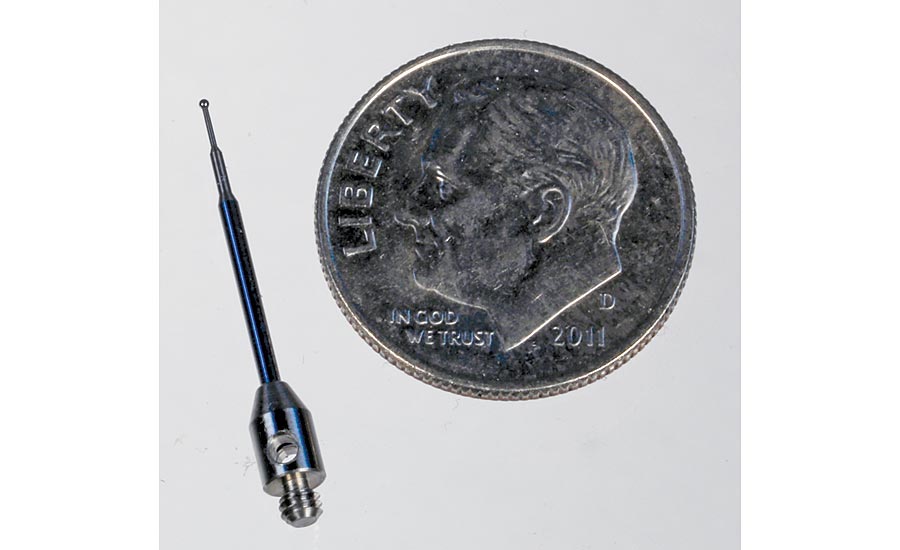 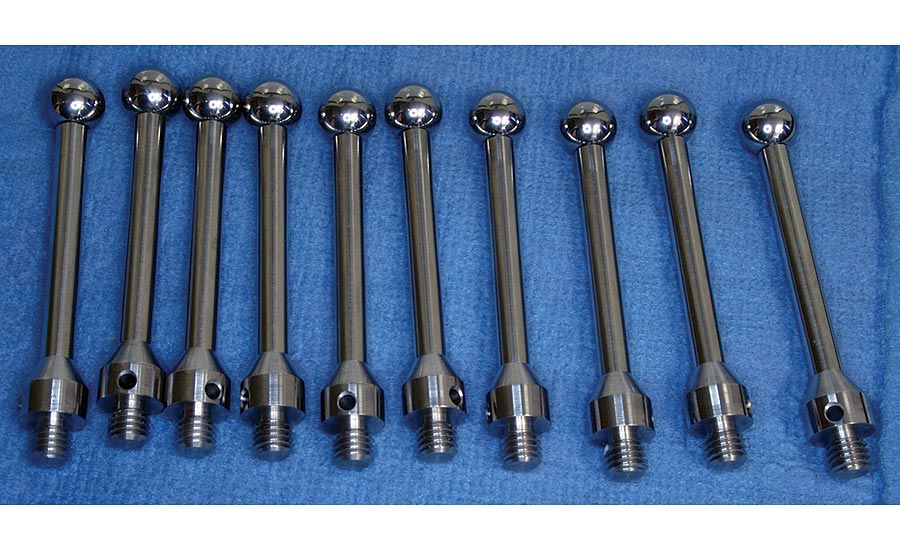 While technically not styli, angled cubes are often specified in stylus configurations. Before the advent of angled cubes, adjustable knuckles were commonly used to create angles on which to mount a stylus. While versatile, knuckles add another element to a stylus configuration, increasing the overall weight. They also introduce an opportunity for increased deflection and, therefore, measurement uncertainty. Finally, if a compound angle is required, a single knuckle doesn’t work. 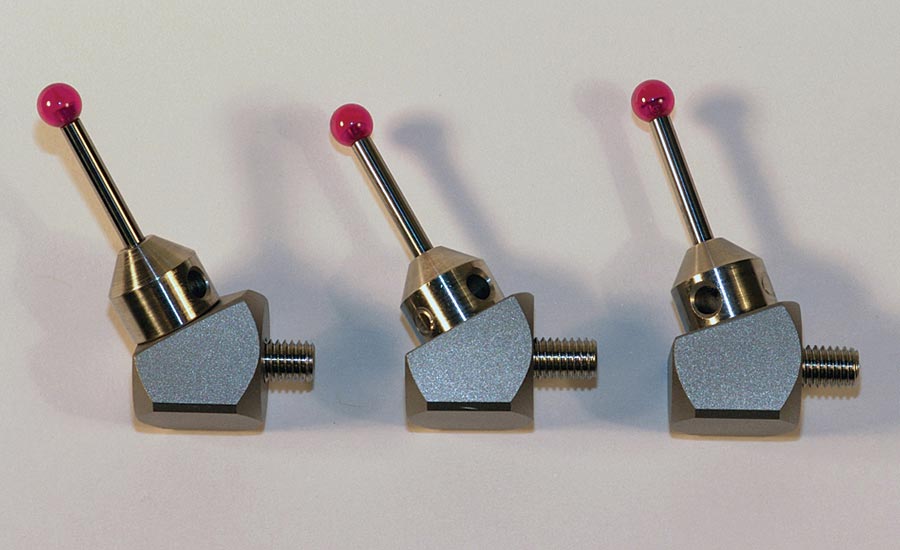 On an angled cube, the desired angle, whether single or compound, is machined on one face. A suitable mounting hole is drilled and tapped perpendicular to the angled face. The stylus is attached directly to the angled cube, creating an assembly that is both weight-saving and rigid. Angled cubes can be manufactured from aluminum or titanium. Easy to use, they eliminate guesswork during CMM setup while simultaneously reducing setup time.

Special styli are a vital part of modern metrology. When confronted with a challenging probing issue, users should contact their stylus manufacturer for suggestions. There may be several options. Share your requirements, and let the experts help you choose the most favorable solution.