Hill Cox, a longtime columnist for Quality as well as president of Frank Cox Metrology Limited, has seen his share of calibration disputes in the sixty-plus years he’s been in this business.

“Readers write to me for advice, and you can tell by the letter it’s an internal problem at the company with one guy fighting the other guy,” says Cox. “I try to delicately point out where the errors are and hope all’s sweetness and light by the end of it all. It comes back to the people doing the job have to know what they are doing, and what factors affect what they are doing.”

How To Improve Your Calibration Process

William (B.J.) Hangartner, president of Quality Calibration Service Inc., explains how to cut down on calibration costs, the impact of the pandemic on calibration, and why companies need to stop losing gages.

Temperature is one factor to consider. The standard rules of metrology are important, Cox says. For example, if you aren’t using the ratchet stop on a micrometer you could have a repeatability problem, he says. “If you go someplace like NIST they take all those factors into account, doing it 100% the correct way,” Cox says. “Other people take shortcuts.”

While some calibration challenges are ever-present, calibration—as with so many things this past year—has changed because of the pandemic. Manufacturers may have extended their calibration cycles for gages that were not being used, or put off calibration.

While 2020 may have been a slow year in calibration, things are picking back up now due to pent-up demand. And this looks set to continue for the rest of 2021 as manufacturers around the world get back on track. Cox says, “It’s going to be interesting to see how everybody reacts when loading up the factories again.”

Let’s review exactly what calibration is. According to NIST, “Calibration is a measurement process that assigns values to the property of an artifact or to the response of an instrument relative to reference standards or to a designated measurement process. The purpose of calibration is to eliminate or reduce bias in the user’s measurement system relative to the reference base. The calibration procedure compares an “unknown” or test item(s) or instrument with reference standards according to a specific algorithm.” (NIST/SEMATECH e-Handbook of Statistical Methods, http://www.itl.nist.gov/div898/handbook)

The importance of calibration cannot be overstated. As Jay L. Bucher writes in “The Quality Calibration Handbook,” “A quality calibration system can be the difference between life and death, success and failure, and—most important to shareholders and boards of directors—profit and loss.”

One piece of advice may seem common sense but is still worth saying: stop losing gages. While this may seem like common sense, it is a common problem.

William (B.J.) Hangartner, president of Quality Calibration Service Inc., has seen a lot of trends during his time in the industry. To start, there’s “more and more preference for on-site calibrations,” he says. “They prefer not to have their gages leave their facility for any length of time.”

As more customers request that all gages get calibrated on site at their facilities, this may require special equipment as well as a dedicated space in their factory.

Companies may think their gages automatically need to be calibrated at a certain interval, but that is not the case.

“Intervals really truly should be determined based on historical data collected as to the effect on the amount of usage, wear, and how the gages are actually handled, which affects all that,” Hangartner says. “This in turn can reduce unnecessary calibration costs through overcalibrating. On the other side of the fence, potential scrap may be reduced because it may not have been detected because out of tolerance gages may have been utilized due to incorrectly extended calibration cycles. There’s kind of two sides that they really have to monitor and evaluate.” 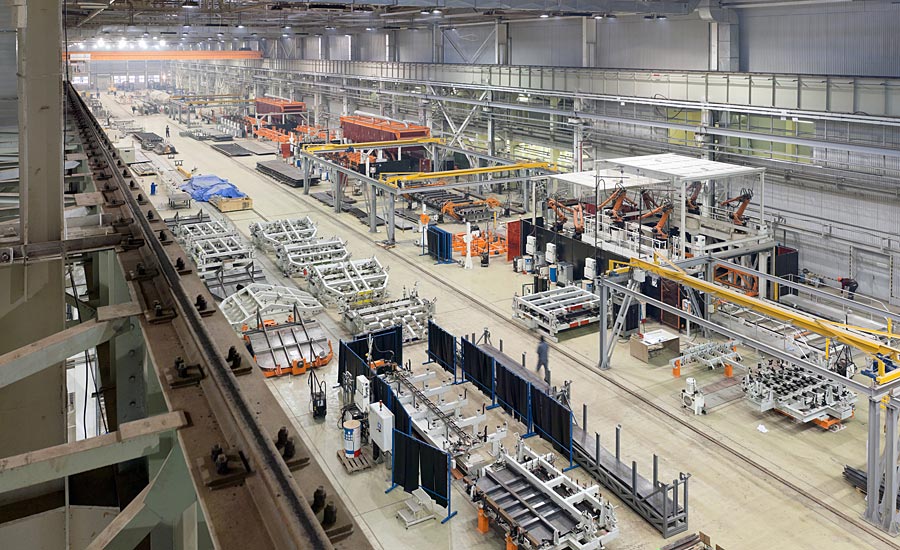 Hangartner explains how the calibration process would work with a new customer. He offers these common questions:

First, what they are doing now? Internal calibration or outsourcing?

Then, look at a gage list of what they are using and what type of gage management software. Do they have a tool crib? Do they have a lab? Are they sharing gages across the facility?

Finally, what are they looking to improve upon? How involved do they want to be in the process?

One piece of advice may seem common sense but is still worth saying: stop losing gages.

Along those lines, Hangartner suggests that companies aim to hold end users accountable for the equipment. This means operators should be educated on how to properly use the gages, thus ensuring they aren’t inadvertently mishandled or mistreated.

Another area requiring customer education is how calibration decisions should be made. The answer is that customers really must decide things for themselves.

As Cox says, “We’re asked to make decisions as a calibration source ourselves that we shouldn’t be making.”

Cox, who was trained by companies that make gages and instruments by working on the shop floor during their manufacture and in their calibration labs in the U.S., UK and Europe, says there are a range of misconceptions about calibration, starting with the selection of the equipment. Companies may be selecting equipment that is overly precise for what they need, he says.

“It all comes back to not having enough information or knowledge,” Cox says. For example, performance varies depending on the person using it, measurement uncertainty may not be taken into account, and the decision making process is compromised.

Cox notes that companies may purchase an instrument based on the number of zeroes after the decimal point. While this is a worthy pursuit, it’s important to remember that this only tells you so much.

Even if the gages is extremely accurate in lab, “in a typical manufacturing environment all bets are off,” Cox says. In addition, “If people don’t understand the ins and outs of the hardware, they are going to be hard pressed to calibrate or evaluate it properly,” Cox says. “People put arbitrary intervals. One year is typical but maybe they could get away with two or three year cycles.”

On the other hand, if a device is used on the shop floor instead of a lab, it should be much shorter, Cox says. “A lot of it is a judgment call based on experience. If they reviewed the reports and saw we’re calibrating this every three years and it hasn’t changed, it’s still with limits, we could make it every four years.”

And, Cox says, a quality auditor couldn’t fault them for this because they have the facts underlying their decision.

The customer or end user should determine their cycles, which makes sense, Cox notes, because they know how much use the equipment will be getting. Perhaps there is a large order coming up, so they may calibrate the device before that production run starts so they know the instrument is good. This also prevents labs from preying on customers for more business, for example, by suggesting shorter cycles than may be necessary. “Labs could say every six months instead of six years,” Cox says.

Cox offers a few more guidelines for manufacturers to keep in mind.

“Too often products are engineered and the tolerances on them are such that an extra digit is included to ensure the tolerance they really need is met,” Cox says. “This detail goes down the food chain to the gage maker who ends up having to provide a gage or instrument that is more precise than it need be which in turn means the calibration laboratory ends up trying to beat the laws of physics to calibrate them. In some cases the actual product itself has tolerances on it that a gage maker would be hard pressed to meet.”

“Coordinate measuring machines (CMMs) are often pressed into service as calibration devices for a level of precision they are incapable obtaining,” Cox says. “Nothing wrong with the CMM, they’re just made to measure parts not gages and they are designed with that in mind. Yes, they may be able to give repeatable readings of size on a gage, but the level of precision offered is not suitable.”

Quality management: The Importance of ISO

The Importance of Quality

The Continuing Importance of Quality

Training is Required to Meet the Needs of Today's Manufacturers