This website requires certain cookies to work and uses other cookies to help you have the best experience. By visiting this website, certain cookies have already been set, which you may delete and block. By closing this message or continuing to use our site, you agree to the use of cookies. Visit our updated privacy and cookie policy to learn more.
Home » Camera Link Standard Continues to Evolve with Machine Vision Industry
Quality 101Vision & Sensors
Vision & Sensors | Machine Vision 101

Although more than two decades old, camera link shows no sign of slowing down.

Launched in 2000 by the Automated Imaging Association, the Camera Link™ digital interface standard has stood the test of time, evolving with a changing machine vision marketplace and becoming a universal means of creating applications by seamlessly connecting PC-based vision acquisition software, cameras, cables and frame grabbers. Despite the introduction of newer protocols, such as CoaXPress, USB3 Vision and GigE Vision, Camera Link remains popular today due to its simplicity and high data throughput rate. It continues to provide a solid solution with many camera and frame grabber options on the market.

Camera Link (CL) was originally designed by National Semiconductor as a basic, inexpensive means to satisfy the needs of the PC mass market, but it was quickly adopted as a workhorse in real-time industrial vision and imaging applications. The AIA has released several upgrades over the past two decades, including Camera Link 1.1 in 2004, Camera Link 1.2 in 2007 with Power over Camera Link (PoCL), Camera Link 2.0 in 2011.

Prior to Camera Link, there was a proliferation of proprietary digital protocols. This led to confusion due to varying implementations with minimal or no interoperability between them. The key benefit of the Camera Link standard was its compatibility. It brought a common standard to setting up different cameras with third-party frame grabbers, all without having to make expensive changes to the hardware or software. It also made upgrading cameras or frame grabbers easier and less expensive.

Depending on the amount of data that needs to be transferred, four configurations of Camera Link are available:

Base configuration: Camera Link base configuration carries signals over a single 26-pin MDR cable and 11 LVDS pairs to produce bandwidths of up to 255 MB/sec (2.04 Gbps).

Extended configuration: Also known as “Camera Link Deca” or “80-bit” the extended configuration works by eliminating redundant control signals and taking advantage of unused wires for image data. This results in an 80-bit data path and a maximum possible throughput of 850 MB/sec (6.8 Gbps). 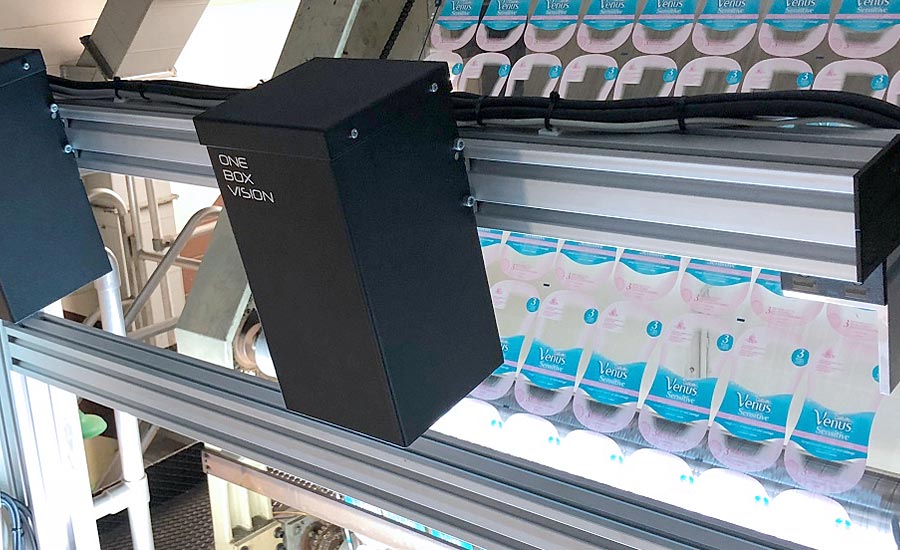 A frame grabber is deployed in this 100% print inspection system that improves the way the packaging industry inspects materials printed on high-speed web presses. | All Images Source: BitFlow

Frame grabbers are necessary to capture or “grab” high-resolution, high-speed frames from a digital video stream, and transfer data load from the camera to the memory of the PC. More advanced frame grabbers can acquire multiple inputs simultaneously from several cameras, and transform and compress images, along with other capabilities.

When designing or upgrading a Camera Link vision system, the frame grabber’s cost can be as much of a factor as its performance, depending on the application. For some, performance is the end-all and as such, they will specify the frame grabber that does precisely what is required no matter the price point. For others, however, price will dictate just how “exact” they want their system to be, or how much they can compromise with limitations such as bandwidths and distances. Application requirements determine exactly what performance features are needed in a Camera Link frame grabber. Before you buy, here is a list of questions to ask:

Is there a large volume of data that needs to be acquired from the camera?

What is the service life of the board?

How long will the company support it?

Is deterministic latency an essential component of the application?

Can the system deal with dropped or lost frames?

Are there additional components to consider such as encoders or strobes?  Other I/O?

Is it a single or multi-camera system?

What about cable length? In other words, how far away can the PC be stationed?

By asking and answering these questions, you will likely come to a conclusion as to what performance parameters are needed in a frame grabber to meet the complexity of your system. 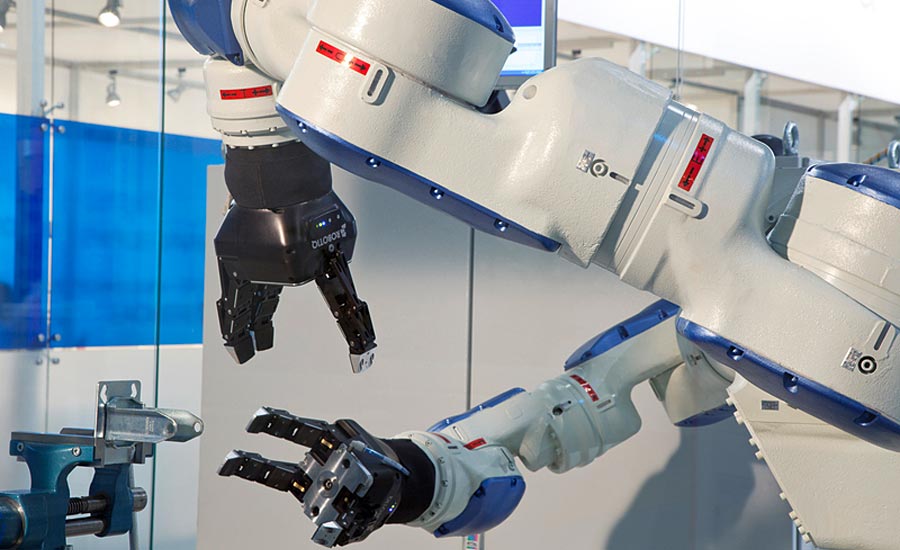 A BitFlow Camera Link frame grabber was used as part of a 3-D structured-light imaging system for the the Robomotive™ humanoid robot. | All Images Source: BitFlow

Although CoaXPress (CXP) has received the bulk of attention lately, other developments in Camera Link technology shouldn’t be ignored. Some of these developments are occurring at the lowest level of the Camera Link standard: Base.

For example, the newest generation of CL base frame grabbers is making it possible to bring the power, acceleration and versatility of high-end CoaXPress frame grabbers into a Camera Link system environment by incorporating sophisticated DMA engines and buffer managers. Unlike earlier CL base models, these newer frame grabbers have been optimized for the fully loaded computers used in factory automation with features such as easier switching between different tap formats, a more powerful acquisition engine, PoCL Safe Power, and flexible I/O and timing generators. As a result, no on-board memory is needed, even with the fastest CL Base cameras and at acquisition rates up to 24 bits at 85 MHz.

Faster CMOS cameras with larger sensors require a more expensive CL medium frame grabber with four-taps, at least. Now CL base frame grabbers are available that support all taps including a three-tap configuration that is ideal for 8-bit images.

Although more than two decades old, Camera Link is showing no signs of slowing down. For machine vision applications in the 100-800 MB/sec range it remains a reliable, high-speed universal solution supported by hundreds of camera, cable, frame grabber, software and accessories companies.

The Future of Machine Vision Standards

The Future of Machine Vision Standards