Most calipers can take the same four types of measurements: inside, outside, depth and step.

Ask a machinist, “What tool do you use most often?” Most likely the answer will be “my calipers.”

For centuries, calipers have been utilized to determine the dimension of an object. Typically having two jaws and a depth rod used to measure inside/outside diameters, lengths and depths, a caliper is much more accurate than a tape measure or ruler due to the different methods in which indications are read.

Today, besides digital models, which use an electronic LCD readout, a caliper can indicate the measurement on a Vernier scale or on a scale along with a graduated dial gage.

Most calipers can take the same four types of measurements: inside, outside, depth and step. Due to major advancements, to fit specific measuring tasks, environments, and tools, it is important to distinguish the different types of calipers available and the pros and cons of each. 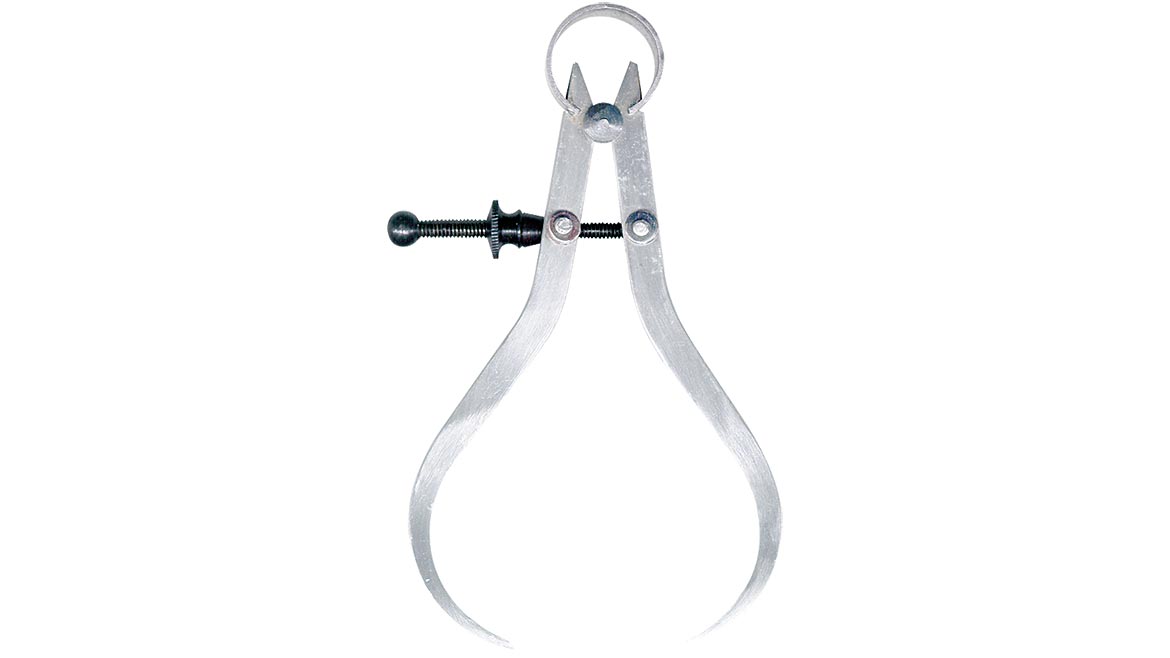 In modern metrology, the types of calipers are defined by how indications are read. For the purpose of this article, calipers are broadly categorized into three types based on how readings are taken: Vernier, dial, and electronic.

However, measuring tools have evolved with the use of jaws over time; there are now several permutations of each, such as dial thickness gages, digital sliding calipers, and even digital micrometers, which use a treaded spindle as opposed to a sliding jaw. 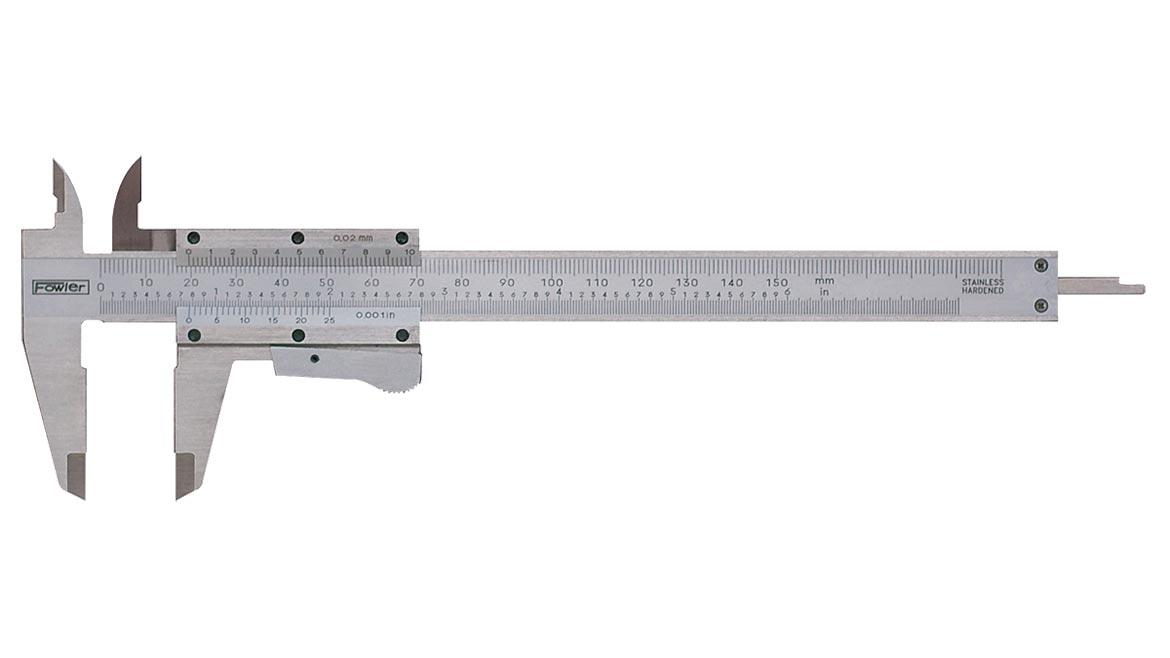 Vernier calipers remain the most commonly used type of caliper today due to their accuracy and precision as well as their versatility (equipped with both internal and external jaws, a depth rod and step measurement feature). Thanks to its ubiquity, Vernier calipers are also low-cost. These calipers are typically made of stainless steel, which results in high durability and longer use.

However, due to the incredibly small values on the Vernier scale, measurements may be too small to read for some, and even require a magnifying glass. Users must also know how to take readings i.e. the lower range of the fixed scale plus the Vernier scale reading. For even higher accuracy and to avoid human error, especially in high-tech machining, users should consider digital Vernier calipers. 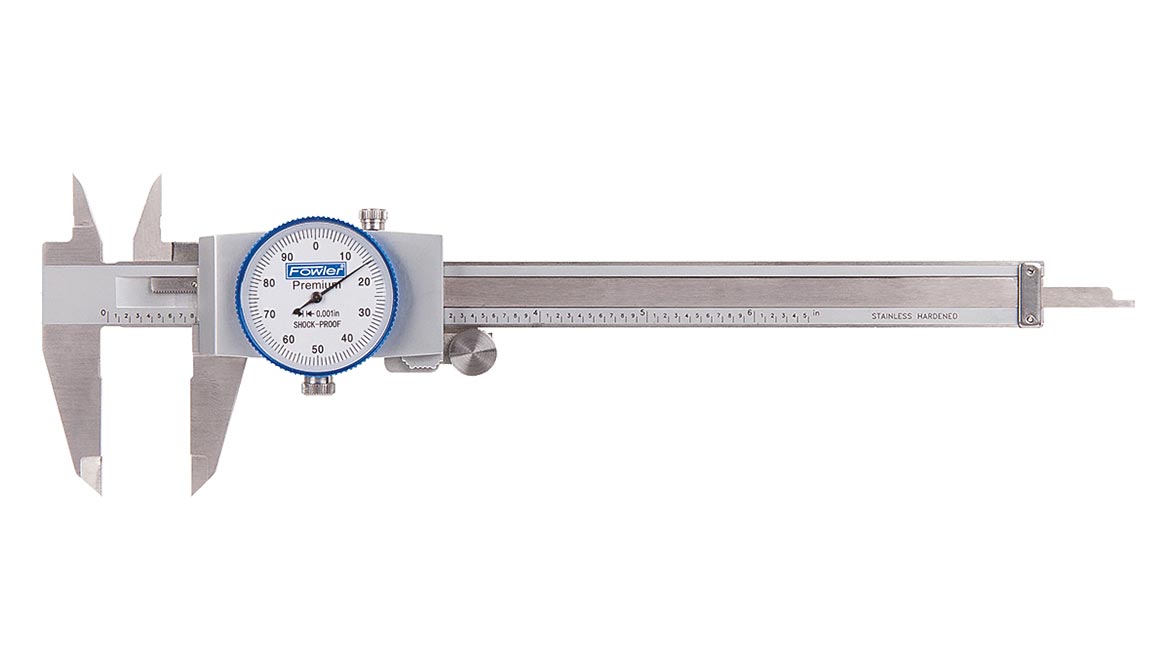 Dial calipers are similar to Vernier calipers but feature a dial gage, which allows easier reading. They utilize a rack and pinion mechanism, where a gear-toothed rack is used to transfer linear motion (from the slider) to a rotary motion (the pointer or hand on the dial).

Dial calipers are as accurate as Vernier calipers, for each graduation of the dial equals 0.001” or 0.02mm.When reading a dial caliper, the user reads the scale on the main beam before adding on the dial gage measurement for a complete measurement.

Besides being easier to read than its Vernier counterpart, dial calipers are also long-lasting due to being analog and not requiring batteries like their electronic counterparts. However, dial calipers do not have a wide range of measurement, with 12” or 300mm being the typical maximum range available although extra-long versions of 18” and 24” are now available.

Due to the rack and pinion mechanism, which is susceptible to foreign matter entering and can become misaligned, dial calipers need to be cleaned and calibrated regularly. 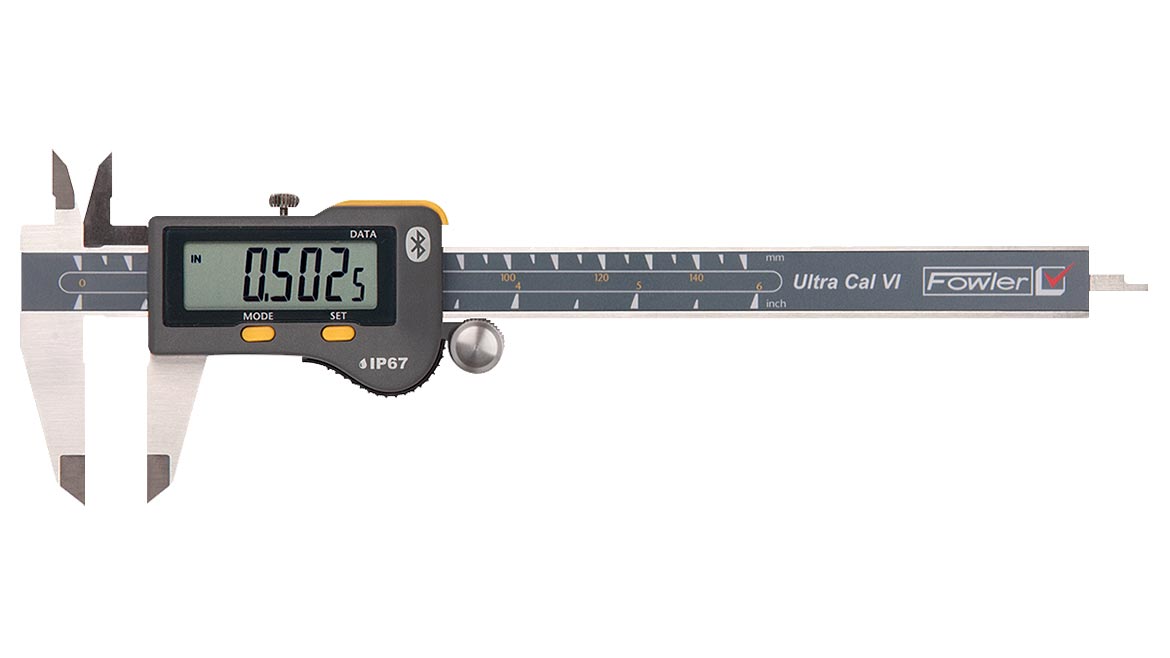 As mentioned earlier, the two main caliper types have digital equivalents or enhancements, given the wide use of calipers in the machining environment. Digital calipers came to the forefront in the 1970s during the third industrial revolution as both Japanese and American companies expanded their manufacturing operations on a massive scale across the globe.

The first digital electronic calipers were introduced in 1977, utilizing a glass scale and a photoelectric reading device. The introduction of digital displays greatly reduced human error in readings and helped in terms of recording measurements in narrow or badly lit areas where the human eye cannot accurately read Vernier scales or dial indicators.

Floating zero, direct inch to metric conversion, fractional measurements, a reading hold feature, various transmit functions, no moving parts, as well as many other features, makes the electronic caliper the caliper of choice for many machinists today. The absence of moving parts allows higher accuracy, protection against fluid and debris as well as low maintenance. Battery life is typically one year or more and most have resolution of 0.0005”/0.01mm.

Today many digital calipers feature Bluetooth data transmission to record measurements and transmit them to a computer, helping to reduce human error in reading and recording indications. In the event of low visibility or bad eyesight, recent advancements have also introduced a “speaking caliper” app that reads measurements aloud.

Professional machinists do not use calipers for a single job or type of measurement, thus, higher-end digital calipers now come with the ability to record a series of measurements and share that data with a computer for analysis or to be recorded. This increases the reliability of measurements recorded.

With the advent of the fourth industrial revolution or Industry 4.0, with machine-to-machine learning and smart factories, some have introduced the idea of Caliper 4.0, which would compensate for measurement errors, the expansion of measured parts with the rise in temperature, chart multiple calibrations and even self-calibrate. This would greatly reduce inspection and calibration costs, ensuring calipers stay accurate longer, while communicating data for effective, preventive maintenance of machinery.

Continuous advancements in technology will increase accuracy and reduce measurement errors to a greater degree, while increasing reliability over time. From the reliable and cost-efficient Vernier caliper to the advanced digital calipers, the wide range of calipers available means there is a perfect caliper for you, no matter the budget, usage, tool, or industry.

Dave Leboeuf is the director of product management of Fowler.

The Evolution Of Quality Assurance

Creativity and the Evolution of an Idea

Industrial Evolution: Bringing QA to the Point of Production