Manufacturers have plenty of options when it comes to inspecting materials and components without having to destroy or waste them. Nondestructive testing methods range from simple manual and visual techniques to sophisticated eddy current and ultrasound technologies that can be used for spot-checks or incorporated right into the production line.

But having lots of options can lead to inconsistent standards and processes. For organizations with multiple suppliers, it’s not unusual for a contract to state that components must be subjected to nondestructive testing but provide no specifics about inspection frequency or what techniques are acceptable.

“With NDT, there can be big variations in knowledge and capabilities across a company’s supplier base,” said Bablu Ratnaparkhi, chief executive officer at Eddy Current Solutions, in Sheffield, Ohio. “Some will have well-established inspection systems while others you only hear from because they’re responding to a problem.”

Ratnaparkhi spent more than 30 years in research and development at General Motors and Delphi, specializing in eddy current inspection systems for heat-treated materials and components. For manufacturers with rigorous quality programs, the consequences of inconsistent NDT standards among suppliers can be significant.

“If you accept a defective part, and it goes into your engine, bearing assembly, axle, or transmission, and there’s a recall, every supplier associated with that component is going to be affected,” said Ratnaparkhi, who today is a consultant to automotive OEMs and Tier 1 suppliers. “Taking everything into account, the cost of shipping or installing a single bad part can easily exceed the cost of the inspection system that would have caught it.” 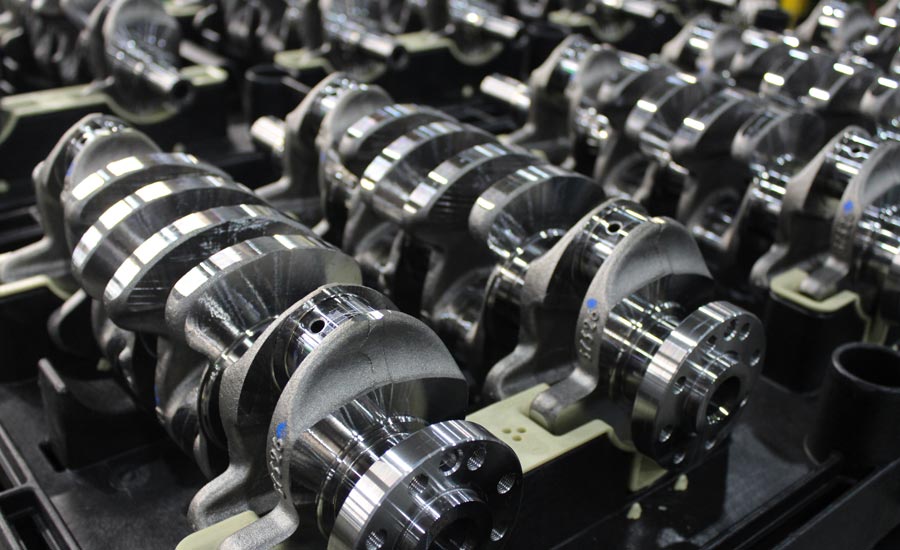 Engine shafts have complex geometries that make nondestructive testing a challenge. A flexible or custom-built eddy current probe can place the coils close to the surface, increasing the probability of detection for cracks and other defects. Source: General Motors

Ratnaparkhi explains that in the automotive industry, a Tier 1 supplier typically conducts nondestructive testing at two points in the production process: the first is to verify whether the manufacturer has been supplied with the proper grade of steel; the second is after heat treatment.

“Whether you’re using furnace heat-treating or induction hardening on a part, you want to be certain that the microstructure is good and there are no cracks or other manufacturing defects,” he said. “By identifying variations due to case depth, hardness, incorrect heat treatment coil locations, and improper quenching, you can determine which parts to scrap and then work on processes that might prevent those defects in the future.”

Inspecting after heat treatment can also safeguard against rejecting good parts. So-called “false rejects” occur when an inspection process and quality standards are imprecise or inconsistent, resulting in scrapped parts that may have a slight variation but are still serviceable. “Your inspection process may be very good at sorting defective parts,” Ratnaparkhi said, “but if you’re also rejecting parts that are not defective, you’re canceling out the benefits.” 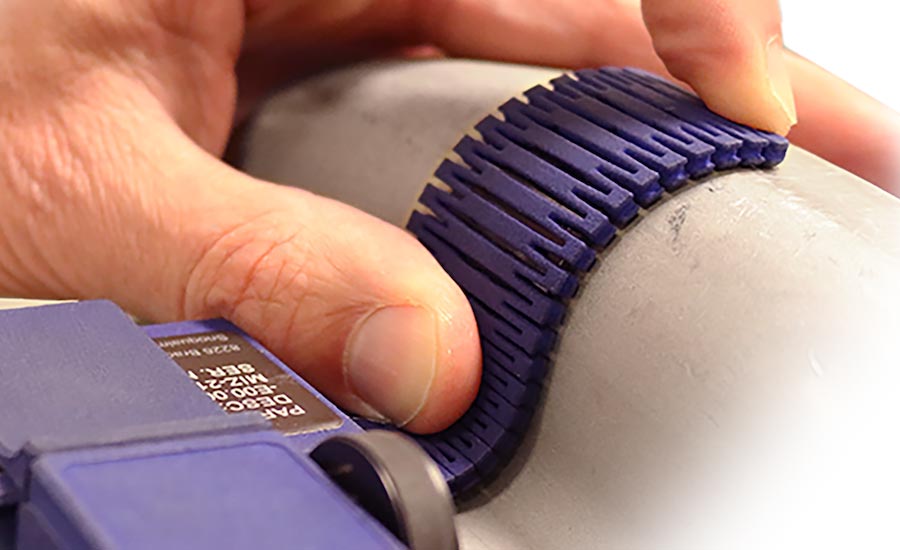 Flexible eddy current probes keep the coils close to the material even when the surface is rough or the geometry is complex. Source: Zetec

Of the various NDT techniques available to manufacturers, eddy current provides a balance of speed, reliability, cost effectiveness, and versatility. It can detect surface and sub-surface defects; changes in metallurgical composition; works with ferrous and non-ferrous materials; and can be used to inspect complex geometries, variable surfaces, and welds.

The testing process involves a machine or technician placing a probe or coil onto a metal surface. The probe generates an electromagnetic field that induces electrons to flow into the material. When the electrons encounter discontinuities in the metal, their flow becomes distorted. An eddy current instrument can capture these distortions and present them as a graphic on a screen for a technician to interpret.

For high-volume manufacturing, eddy current inspection systems can be incorporated into the production line, typically right after heat treatment. A machine picks up the part, moves it into the test position, brings the coil down on the part or lifts the part onto the coil, and sends the signal to the eddy current instrument. There is no variation from one inspection to the next, and once the test is complete, there is a determination of “accept” or “reject.”

“Automation ensures that every part is inspected to the same standard, regardless of which machine did the heat treating or which operator was running the equipment or whether you’re in Ohio or someplace overseas,” said Ratnaparkhi.

Eddy current probes can be customized to the shape of a component—imagine a probe that nestles perfectly into the teeth of a spline shaft, for example, or presses to cover the surface of a hinge—allowing the eddy current coils to stay close and nominally perpendicular to the material. Inspections are fast, clean, consistent, keep the line moving, and are more likely to reduce unnecessary scrap.

For lower production volumes, the latest generation of handheld eddy current instruments have the processing power, software, and battery life to perform inspections virtually anywhere, with C-Scan capability that provides real-time visual feedback to the technician.

“Portable eddy current instruments are easy for an operator to handle, and they generate a valuable digital record of inspection that can be stored, analyzed, and compared against a history of results,” said Jesse Herrin, eddy current product manager at Zetec, a developer of nondestructive testing instruments, probes, and software. “They’re ideal for low production runs or any time you need to do a spot inspection, and can be used with probes that are flexible or built for a specific shape or surface.”

There are other nondestructive techniques for materials and components but each involves a set of greater compromises compared to eddy current.

Magnetic testing (MT) uses magnetic fields to locate surface and near-surface discontinuities in ferromagnetic material. Fine ferromagnetic particles are applied to the material and are drawn into any surface-breaking defects. While the cost of MT is relatively low, the process is time consuming, disruptive to manufacturing, messy, and depends on an individual operator’s ability to see and interpret indications of defects.

Ultrasonic testing (UT) uses high-frequency sound energy to indicate flaws both on and beneath the surface. Ultrasonic waves enter the material at precise intervals and a set angle. When a wave encounters a defect, some of that energy is reflected back and generates an echo. The time it takes for that energy to reflect back to the probe is calculated and analyzed by the test instrument and presented instantaneously as a graphic on a screen.

UT is highly effective at detecting surface and subsurface flaws but cannot detect low hardness or poor microstructure as effectively as eddy current.

With the right combination of instruments and probes, eddy current can detect a wide range of defects in materials and finished components, which increases probability of detection and ultimately product quality.

Whether testing is automated and incorporated into the production line or takes place at a bench-top with a handheld instrument and probe, eddy current technology continues to evolve in ways that produce inspections that are quick to set up and complete. Given the full range of techniques available, eddy current can strike the right balance of inspection speed, detection capability, and cost effectiveness—without having to destroy the piece you’re testing.