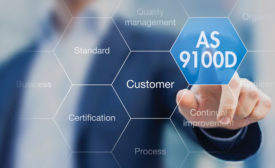 The Most Common Misunderstandings about Magnetic Particle Testing

Training is Required to Meet the Needs of Today's Manufacturers

A Corporate Commitment to Quality Requires a Digital-First Approach

Modernizing Quality in Your Manufacturing Operations

On Demand The past year has highlighted the value of modernizing quality processes.  The need to quickly adapt and respond to increasing challenges has compelled organizations to evaluate their reliance on legacy technology and take action. In fact, a recent survey of global quality leaders found that 42% plan to upgrade to a global eQMS in 2021. Is your organization prepared to keep up, or do you risk falling behind your competition?

On Demand Join quality expert Tom Barlow to learn how root cause analysis provides leadership the power to move beyond removing the nonconformity to improve designs and procedures, streamline processes and anticipate and respond to emerging issues.