Highlights and benefits of an important vision standard. 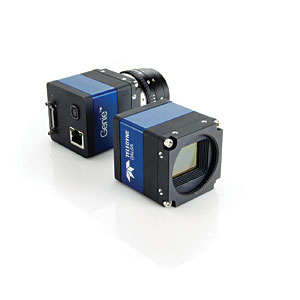 At the time of writing, six years have passed since the launch of GigE Vision 1.0. The standard has become one of the dominant interfaces in the machine vision market and continues to grow. This article traces the path blazed by GigE Vision, highlights the benefits and important features in the spec, and describes the steps the GigE Vision Committee is making to ensure end-users get quality, GigE Vision-compliant devices.

IN THE BEGINNING, THERE WAS ANALOG

The decade preceding GigE Vision’s 2006 launch saw the birth of digital solutions for the imaging industry. The late 1990s brought us IEEE 1394, or FireWire, and then Camera Link in 2001, but these interfaces didn’t wipe analog off the map. FireWire cameras were inexpensive and used a standard NIC instead of a frame grabber, so its attractive price point got a lot of attention. Camera Link offered higher acquisition and frame rates, but was not a low-cost solution. But both FireWire and Camera Link were limited to 5-10m cables and that prevented both standards from completely taking over the market.
GigE Vision, then, was developed as a digital solution that would permit long cables for machine vision applications, essentially offering a digital alternative to analog cameras. GigE Vision is a pair of protocols that handle the transfer of data, in packets, across a network; one protocol dictates camera control and the second controls image streaming. Because it is built on Ethernet technology, the IEEE 802.3 Gigabit Ethernet standard, setting up multiple cameras in a vision system is as simple as building a network of PCs.
According to the AIA’s 2012 Machine Vision Camera Study, GigE Vision and FireWire are about equal when you compare the number of units sold. When you look at the benefits of GigE Vision, it’s not hard to see why it’s become popular. GigE Vision is fast: it supports real-time transfer rates of 125 MB/s. Standard CAT5e or CAT6 cables can be up to 100m long and use standard connectors. The Ethernet protocol’s native support for fiber optics means that GigE Vision applications have the potential to operate over a range exceeding 500 meters, and even operate wirelessly. GigE Vision cameras are inexpensive and don’t need a frame grabber, so equipment costs remain low; you do need a network interface card (NIC) but most PCs already have them on-board. What really makes GigE Vision different from other standards is how it’s changed the traditional vision system’s structure. Instead of a PC controlling a camera in a point-to-point configuration, GigE Vision allows a single remote PC to control a network of cameras, and as such, that image data can be broadcast throughout the network.

Eric Carey is R&D Director of Teledyne DALSA.
You must login or register in order to post a comment.