Automated process control is more viable and less expensive than one might think.

It is indisputable that automated controls have made the post-process monitoring of finished parts faster and easier than ever before. Even when applied after machining is complete, intelligent controls can provide three essential quality functions: automatic logging of the process routes and outcomes of cutting operations, on-machine verification, and post-process reporting.

For example, informative controls produced by Renishaw log events that happen during the machining process, like automatic changes to process parameters or offsets, as well as interventions to the process which may have influenced the outcome. They also provide on-machine verification, which enables inspection of critical features in the same environmental conditions as the metal-cutting process. Finally, post-process reporting produces documented records of component conformance and historical tracking of critical feature dimensions for both machine condition monitoring and scheduled maintenance purposes.

At Renishaw, these controls operate in REVO, a five-axis, high-speed scanning and multi-sensor inspection system; and in Equator, a versatile gauging system that provides rapid inspection and process feedback for medium to high-volume parts. Besides traceable verification of conformance, which also can be used to influence subsequent activities, the REVO and Equator systems offer fully automated inspection of even the most complex parts, often in a single setup.

But for many companies, nagging questions remain about the long-term impacts of fully automated inspection—mostly in terms of potential dollars and jobs lost. Consequently, certain axioms persist in the public consciousness that are, for the most part, fundamentally false.

While it’s true that fully automated inspection reduces the need for skilled inspectors to oversee quality assurance checks, jobs for quality professionals aren’t going away anytime soon. The more likely scenario is that companies will begin to automate more repetitive processes, freeing up humans to do what they do best: solve problems and come up with creative solutions.

In April, the Wall Street Journal reported that several prominent companies have actually created jobs by adding automation to their shop floors. One example is BMW, which automates some of its processes at its Spartanburg, South Carolina plant. Before introducing automation, the plant employed 4,200 workers. Afterward, that number jumped to 10,000.

A representative for BMW says that adding robots to do precise, repetitive tasks has allowed human workers to heighten quality control inspections. For instance, robots on the shop floor fit soundproofing rubber tubes to the inner rims of car doors, and humans do the final checks to make sure the tubes are placed properly. As a result of this job restructuring, annual car production at the plant has doubled, the company says. 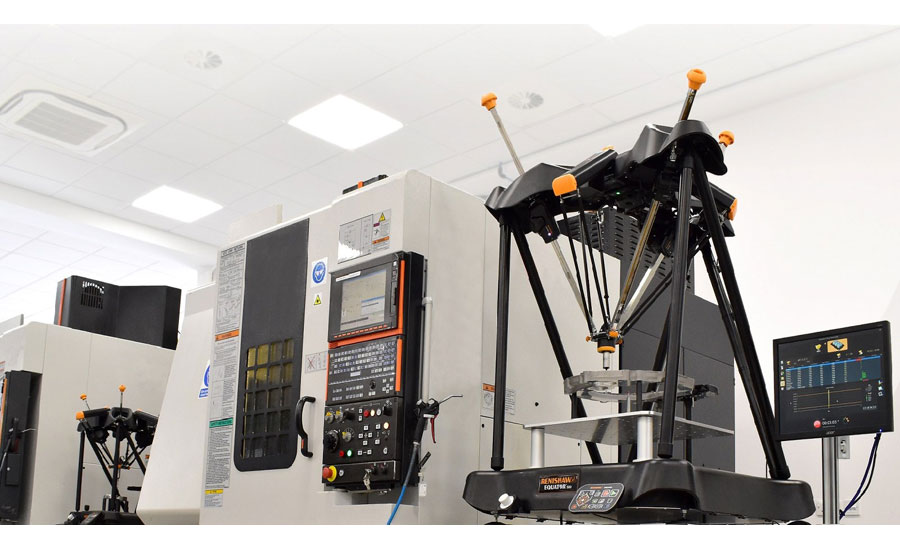 The new, larger Equator 500 system now enables the gauging of larger parts, with a working volume of 500 mm in diameter and up to 400 mm in height. Source: Renishaw

According to Bob Doyle, vice president of the Robotics Industries Association (RIA) and A3 Mexico, the earliest adopters of automation technology were in the automotive industry. But now, Doyle notes that more metrology and quality inspection companies are embracing automated systems, due to the plummeting costs of the technology facilitating a quicker return on investment.

“We see [automated controls] as tools for making companies more competitive, and for actually increasing jobs, because it’s allowing the company to grow faster,” Doyle says. “Jobs will transform, but jobs have been transforming since the dawn of the first Industrial Revolution.”

Manufacturing employment in the U.S. is rising, and the national unemployment rate is the lowest it’s been in a century, according to a report published in May by the U.S. Bureau of Labor Statistics. Thus, Doyle suggests changing the jobs conversation from hand-wringing to action: namely, how we can best prepare the future workforce for a more high-tech manufacturing environment.

“If you ask any of our member companies, their biggest challenge is finding qualified people for the jobs they have open today,” Doyle says. “A kid coming out of high school could go to community college, leave with a two-year degree, and make good money in manufacturing if they’re a decent employee—and companies are searching for these people. And these aren't your grandfather’s manufacturing facilities. These are high-tech facilities and great places to work.”

In 2016, the International Data Corporation reported that worldwide spending on robotics would reach $135.4 billion by 2019. But while robot production has increased, costs have actually decreased. Another report, published by McKinsey in 2017, shows that the average robot price has fallen by half over the past 30 years, and even further relative to labor costs.

Conroe Machine, a general-machine machine shop near Houston, Texas, is one such company. In 2017, Conroe installed a relatively low-cost, unmanned automation cell on their shop floor that runs 24/7. They integrated a FANUC robot with Renishaw’s Equator gauging system, and used Renishaw’s EZ-IO software to provide simple and comprehensive communication functions, for 100 percent part inspection and auto-compensation of a twin-spindle Okuma 2SP-250 lathe. The cell also boxes and palletizes finished parts. After 18 days of use, the company says that the cell paid for itself.

Other companies that have benefited from Equator gauging systems include FGP, High-Tech Engineering, and Meyer Tool.

Robots are getting smarter, too, and taking on new roles. Improvements in machine vision, for example, have resulted in more real-time automation capabilities. As the McKinsey report also notes, robots can now use spectral analysis to check the quality of a weld as it is being made, dramatically reducing the amount of post-manufacture inspection required.

Meanwhile, Renishaw recently released two major updates to its automation portfolio. The first is the new Equator 500 system for gauging larger parts. The second is Renishaw’s new Intelligent Process Control (ICP) software, also compatible with the new Equator system, that allows constant monitoring and automated adjustment of a machining operation. ICP automatically corrects process drift, which in turn improves part quality and manufacturing capability, reduces scrap, and avoids time delays —since the proximity of the Equator gauge to the CNC process allows adjustment at the point of manufacture.

Yet this is far from the end of the story, as Renishaw and other companies, big and small, are continuing to top themselves. To wit: Conroe Machine, rather than resting on their first cell’s success, now has a dual Equator automated cell in development.

As Doyle explains, manufacturing companies of all sizes should not only consider automation, but also learn how to be competitive and continually improve their processes with the technology.

“When we talk to our member companies, they say, ‘We need more education on how to get started in robotics and automation,’” Doyle says. "And once they get that information," be it through case studies, webinars, or reaching out to an integrator, "they tend to say, 'Wow, that was a lot easier than I thought.'"