Rock Solid Quality: Quality is only second to safety

When your production is set to in-crease tenfold, it’s time to expand.

This was the scene that Woodward Inc. found itself in in 2011 after winning new contracts. Staff traveled around the world to get ideas for a new manufacturing facility. What they came up with—the Rock Cut Campus in Loves Park, IL—shows what a high-tech manufacturing plant can be. 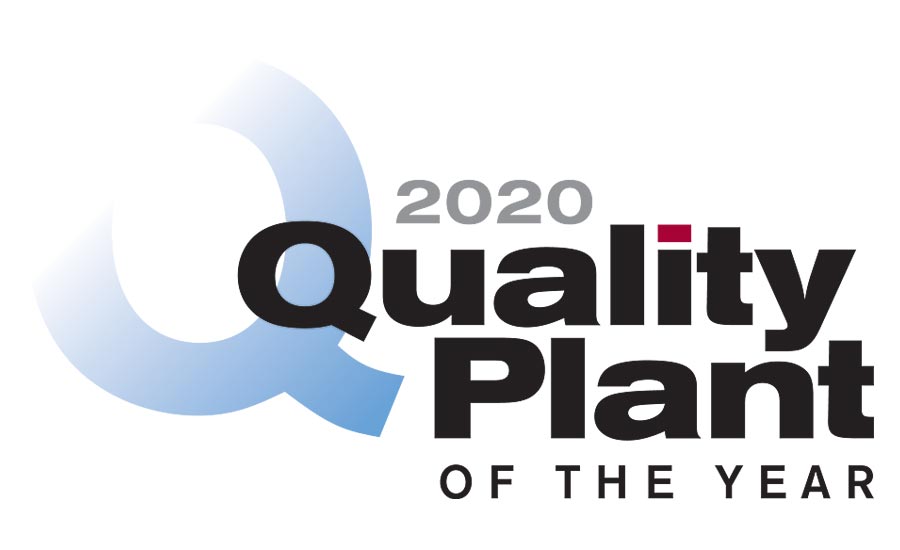 The company makes aerospace propulsion fuel systems, components and solutions for large commercial programs as well as components on major defense programs such as the Blackhawk and Apache helicopters, the F-18 and F-35 fighter jets, and key guided tactical weapons programs. In aerospace, pilots need to know that when they hit the throttle, it will respond. And Woodward goes through a lot of effort to make sure that happens.

This year Woodward celebrates 150 years in business. While the company does have celebrations planned for their May anniversary, they continue to look ahead. Advanced manufacturing means always searching for new ways to make tomorrow’s parts.

With its advanced manufacturing, focus on quality, and investment in the future, Woodward’s Rock Cut Campus has earned its place as the 2020 Quality Plant of the Year. 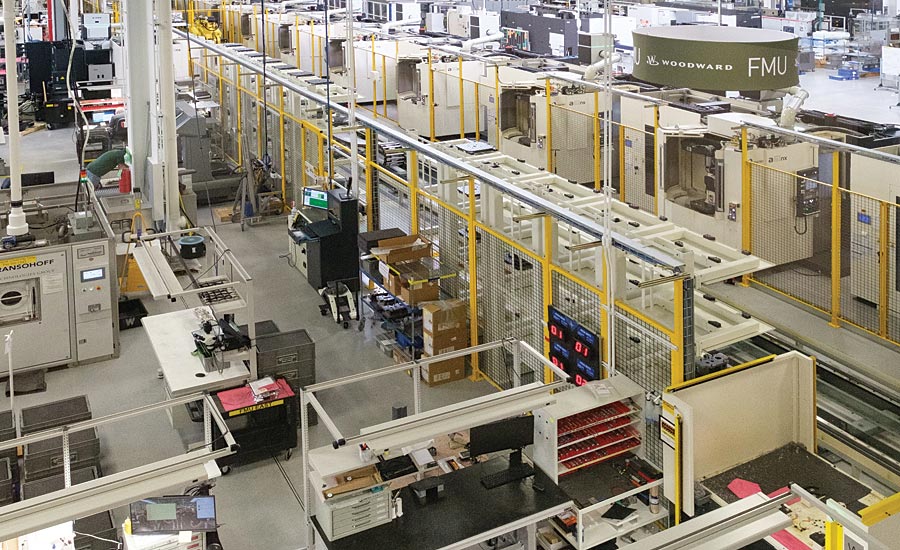 Podcast: Quality’s 2020 Plant of the Year Explains their Quality Success

Located about an hour west of Chicago, the Rock Cut campus is one of 42 Woodward locations around the world. On the drive in, you may see farms and horses before arriving at the aerospace plant.

It all started when Amos Woodward came up with a better technology. He founded the company in 1870 after he invented and patented a better water wheel governor. In 1934, his son Elmer patented the first successful aircraft propeller governor.

Manufacturing technology has come a long way in that time, and so have manufacturing spaces, as seen at the Rock Cut Campus, completed in 2015.

When you build a new plant, everything can be better. From the large windows and skylights to the pink noise—a system designed to minimize office sounds—working in a new plant has a lot of perks.

The building sits 30 feet higher than the grade level, making it that much more imposing. With the bright sunlight in the lobby, staff joked with the receptionist that she needs sunglasses and a floppy hat at her desk.

Across the street is Rock Cut State Park, the largest in northern Illinois, and the company encourages physical activity with walking paths outside the plant and an interior path for winter.

But of course, a beautiful new facility doesn’t mean anything if the product isn’t high quality. Quality is a huge priority for the aerospace company.

A large contingent of the Woodward team took time out of their day to explain how quality works at the plant. More than a dozen members of the quality staff gathered in a conference room to share their thoughts with Quality. They had a lot to say, often piggybacking one idea off another as they described today’s manufacturing environment.

They spoke of the quality of years ago (less stringent standards, slower delivery times, less embedded quality) and the night and day difference with the new plant, designed in 2011 to anticipate 2021 needs. (The previous building was built in the 1940s.) Today they have 75 acres of land so they are well equipped to build additional facilities as needed.

Continuous improvement is something everyone at the facility takes seriously, and they’ve also noticed how far the industry has come. Quality has improved and so have the processes surrounding it. Suppliers are treated as equals, according to the quality staff, noting that this is not always the case at other companies.

Customers frequently visit the site, as with GE doing quarterly reviews to see the facility. To facilitate visits and benchmarking, the company has monitors set up throughout the plant with videos explaining the operations. 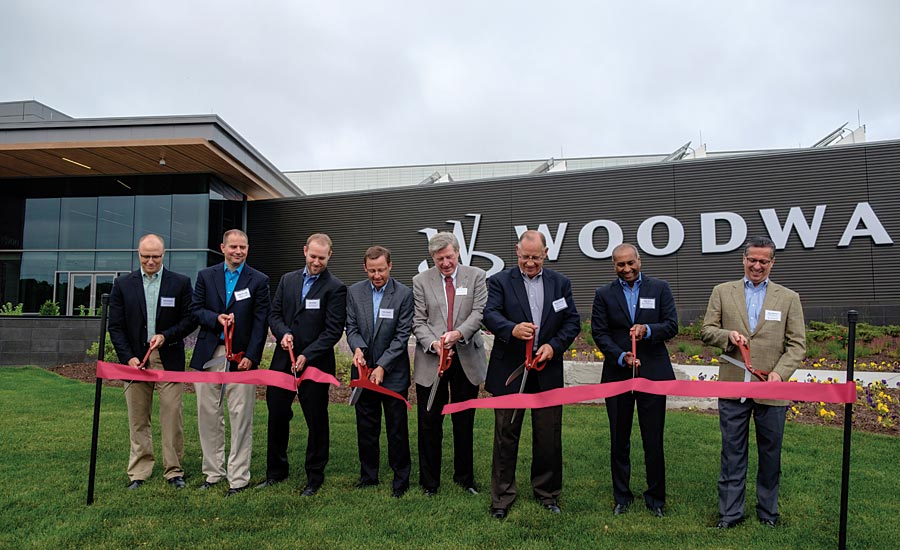 In deciding how to structure the new space, the company went through 16 building iterations before settling on an L-shaped design. The right of the facility is the primary manufacturing side. Raw material flows from west to east throughout the plant. Each product line is independent, with its own quality staff, though equipment is standardized across lines. If they have one piece of equipment, it will be the same brand and model throughout the facility.

With the visual factory concept, pipes and building systems are color coded. Red is for fire, for example, and the less common orange indicates liquid nitrogen. In addition, the company uses a smart lighting system to maximize natural light. The space also has a limited number of columns for machine movement flexibility on the floor. With these structural requirements met, the company is able to have better workflow.

“Parts do not leave here for any reason,” says Brian Thoren, staff engineer operations, advanced manufacturing aircraft turbine systems, who led the plant tour for Quality. (His tour was so thorough that even Woodward staff members said they learned new things on it.) Thoren said that each product line can operate on its own, and with this contained value stream, products can get to the market in days rather than months.

Thoren describes the building as designed from the inside out. With the workflow, none of the materials have to jump back and forth from one side of the facility to another.

Independent support teams and independent quality engineers are the first responders to any issues. They are in the thick of the process, and have status meetings at heijunka boards on the floor. Being embedded in the product line means no longer having to walk a quarter of a mile to check out an issue. As Forward points out, it’s the difference between seeing an issue in five minutes vs. 30 seconds. 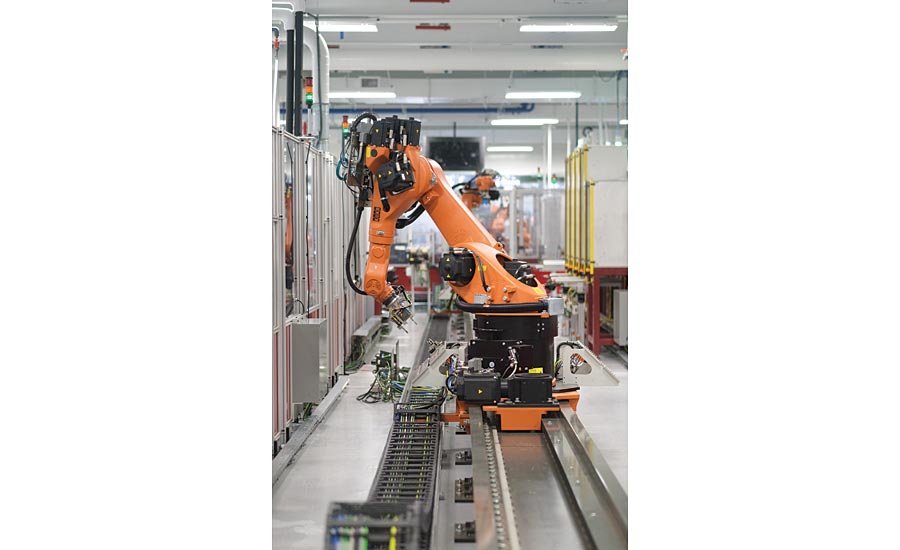 Of course, minimizing issues is always the goal. To ensure the test equipment is properly calibrated, the systems won’t allow an operator to use equipment unless it is in calibration. They also have an automated bin system that will refill out of stock components with just in time replenishment, reducing pick time.

At the start of the floor is a vending machine of supplies so staff can grab consumables as necessary.

Standing above the floor, we watch a large robot loading a fixture onto a machine. The robotic cell is loaded with raw material, and could run for hours and hours if needed.

There are multiple surface finishing lines that use rotary fixturing and robotic hoists to automatically process parts through a pre-programmed sequence of chemical tanks, yielding a uniform and repeatable coating.

Further along the process is a nondestructive testing section where fluorescent penetrant testing is done. The fuel metering unit (FMU) assembly and test area is next. For extremely tight tolerances, products head to the clean room, designed for tolerances as small as 60 millionths of an inch. 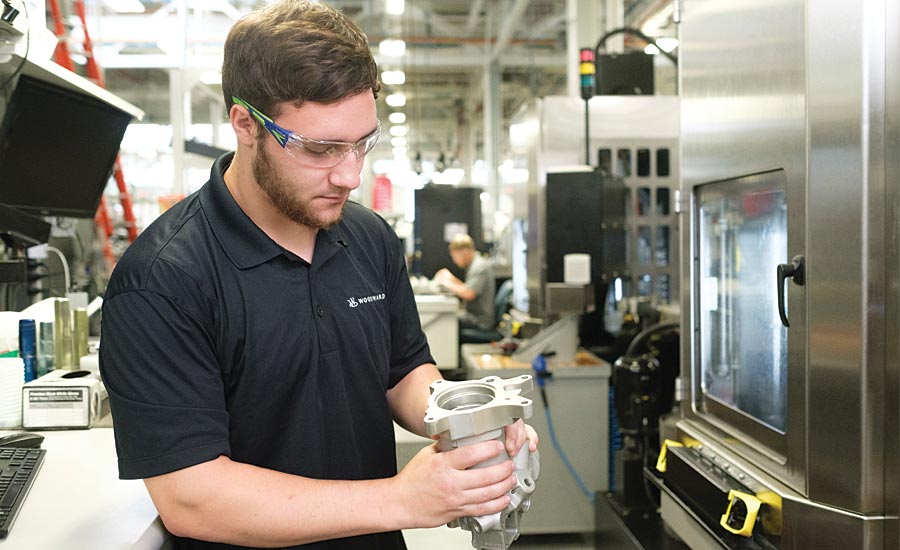 The tour concludes with the cafeteria, also used as a space for all staff meetings, the company talent show, and other special events. The company stresses volunteering and partners with charitable organizations such as the Northern Illinois food bank. Even the pinball machine in the cafeteria benefits United Way.

The plant hired almost 1,500 new people in the past five years, while maintaining the highest levels of quality, something the staff should be proud of. As Forward says, “It’s a testament to this team.”