The How’s and Why’s of Leak Testing

In the aerospace field, old leak testing methods are replaced to improve efficiency and minimize time on the ground.

It also offers manufacturers valuable feedback on production steps that may have to be improved so they can avoid unnecessary repairs and ensure high throughput in production.

When it comes to aerospace, leak locating with hydrogen tracer gas will help businesses to repair fuel systems more quickly than they would with traditional leak locating methods such as air pressure, helium, and guesswork.

“By using hydrogen tracer gas, the service and maintenance related to fuel leaks and oxygen leaks will also be quicker to apply, and it will be much easier to predict the time it will take,” says Mikael Ekström, product line manager, Inficon.

Leaks pose several threats to quality, he says, and the consequences can be any or all the following:

“Both air and tracer gas methods are nondestructive and can usually be configured to test a product under its working conditions. In terms of sensitivity, speed, and cost, there isn’t a more effective method to ensure the integrity of a component or system,” McLaren says. 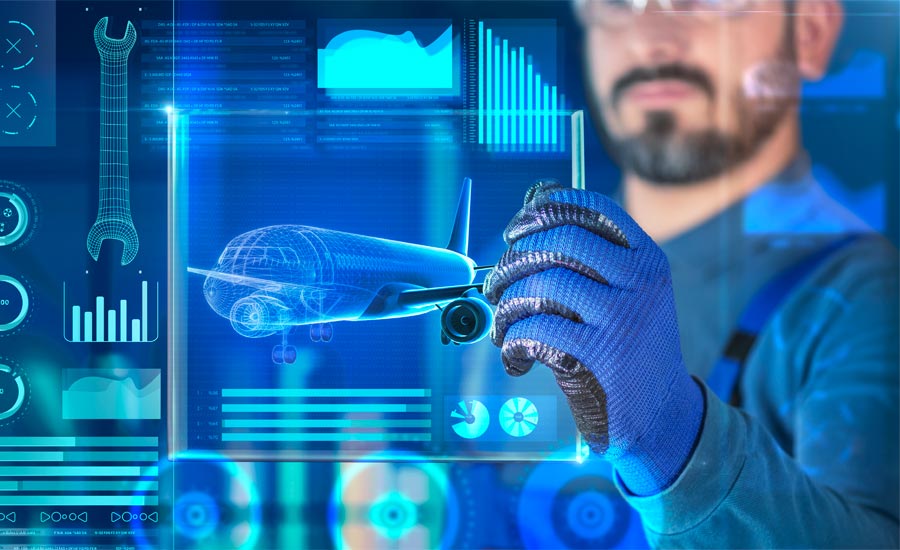 Ever tightening regulatory standards that require manufacturers to test for smaller leaks or change their methodology to meet the new sensitivity requirements can make testing more difficult, McLaren says. Test time can increase, and ambient conditions (such as helium background) can have a greater impact on test results. These can be mitigated, he says, but it can be difficult if it’s not addressed when the process is defined.

McLaren has noticed, in addition to tighter standards, the following recent customer trends:

“This tightening of demands drives manufacturers to apply more and more stringent methods, where leak testing with a tracer gas becomes more and more a first and preferred choice, replacing simpler and less sensitive methods such as for example pressure decay,” he explains.

In the aerospace field, old leak testing methods are replaced by new ones, to improve efficiency and minimize time on the ground.

“Leak testing in the aircraft industry can be applied to a number of components and systems. Fuel systems, cooling systems, oxygen systems are good examples,” Ekström says.

“Some leak testing takes place during manufacturing/assembly but the gains with tracer gas solutions are also clearly evident in service situations where time efficiency and time predictability are [key],” he explains. This is because they can be applied without a lot of venting and preparation and can also be used for checking the final repairs prior to re-filling or refueling the aircraft. “This also makes the crews happy!” he adds.

While fully automated testing is nothing new, leak tests that require a human interface are now subject to further automation, he says. Businesses are using multiple robots to place seals or run leak tests — work that has historically been limited to human operators.

“Cobots can operate in the same space as human operators,” Grosz says. “Those worlds kind of start to mesh together for the sake of producing more and becoming more efficient.”

Because of automation, the speed of production is increasing, Grosz adds, and so leak testing equipment must be of a high quality, so that it can be automated and have a reliable result. 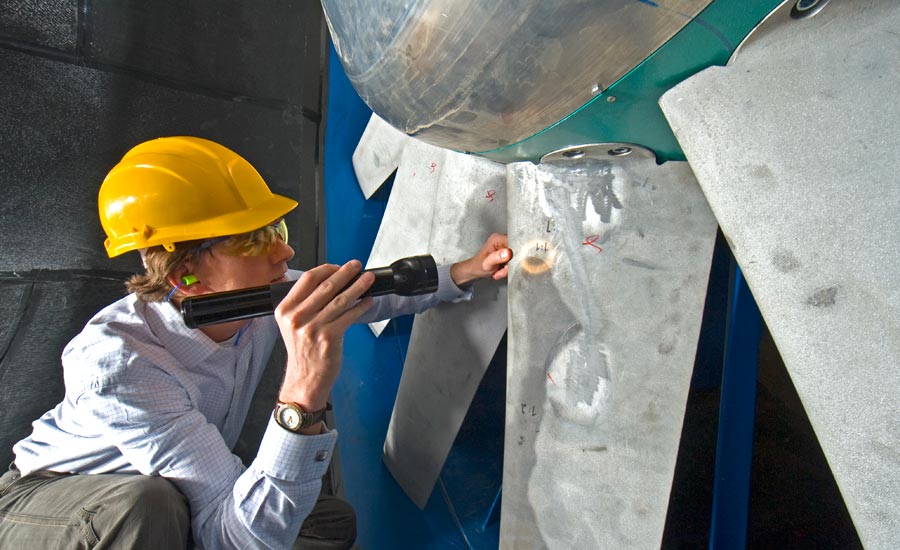 HOW DOES ONE CHOOSE THE RIGHT LEAK TESTING SOLUTION?

Your optimal choice will depend on many things such as leak size, pressure differences, desired cycle time, and budget, says Ekström.

“If you want to leak test your bicycle tire, you are probably well-off using soap water or just a bucket of water and inflate and submerge your tire and wait for the bubbles to become visible. If you need to leak test a truck engine prior to filling it with fluids, use diluted hydrogen inside the engine and sniff for escaping gas on the outside,” he explains.

Aerospace part manufacturers should challenge their present methods by making side-by-side comparisons, Ekström says. “Think about time for preparations, speed of leak locating, possibility of testing repairs immediately before refueling the aircraft, and not least of all, the ability to predict the time required for a leak testing procedure can be a decisive factor. The need for explosion-proof test equipment must also be considered.”

Testing the fuel system for leaks may require different methods and equipment than testing the pilot oxygen system, for example.

Sometimes a particular test method is dictated by a standard developed by a regulatory agency or trade association. Military standards are another common reference for leak testing specifications.

“Frequently, manufacturers must determine their own integrity criteria and we find they often don’t know how,” McLaren says. McLaren suggests that organization shopping for a solution try out an applications lab where the vendor can test a customer’s parts and perform virtual demos to show the capabilities of a particular instrument or method.

The Future of Fatigue Testing

Leak Test 101: The Basics Rule, No Matter How Much Technology Evolves

How Not to Fear the Gage R of Your Leak Test