What is the significance of the name “Point Grey”? 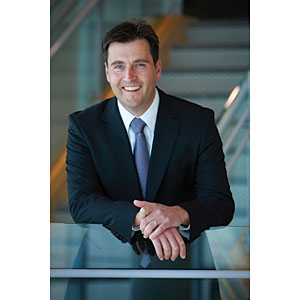 The company was started by a handful of university students from UBC (University of British Columbia) which is located on the Point Grey peninsula. As office space is pretty hard to find there, we’ve since moved but that’s where our roots are.

When and how was the company started and by whom?

The company started out studying and making stereovision camera systems and each system would have 2 – 3 analog cameras. But the quality wasn’t good enough so the company decided to build a trinocular (three-camera) stereovision system from scratch using Sony CCDs and a FireWire interface. Within a matter of months, we had calls from customers that loved the cameras, but wanted Point Grey to provide a single camera version—and that’s how Point Grey came to make FireWire cameras.

Indeed, the board-level designs proved so popular that even a couple of major machine vision players began taking the cameras as OEM products and putting them in their own housings.

How was this different than other companies?

At that time, in the late 90’s, at the height of the tech bubble, people were building companies with venture capital money and looking to IPO and make fast money. We wanted the opposite, we wanted to grow a company from nothing, with no outside investors, and build it to last.

We also made the decision to grow organically.

What are the advantages to an organization developed around this difference?

The combination of having independence from outside investors and organic growth gives us the freedom and stability to make long term decisions and more importantly, we’re not distracted by mergers or acquisitions and those types of entanglements.

In addition to its 15th anniversary, what are some of the key milestones/highlights for the company over the past 15 years?

Since 2011, the company holds the title for the world’s smallest GigE camera.

What keeps you and the company excited about machine vision?

Being as technically oriented as we are, we’re excited about innovation, doing new things, and reaching new markets. Every year new challenges present themselves that we want to solve.

What does the company have planned for the near future?

We definitely want to leverage our experience and head start in USB 3.0. Every month we watch our sales and customer requests grow for this technology and we fully plan to meet that demand. Our plans are also clear for continuing to expand our GigE product line.

On the business side, as we continue to grow, there are inherent challenges there that we spend a lot of time strategizing about.

What is key to the company’s success in the next 15 years and beyond?

The same things that have brought us here so far: utilizing the latest technology, staying close to our customers, hiring the best staff and being innovative in all aspects of production, from design to cost efficient manufacturing processes.

50 Years of Quality: A Look Back at Laser Measurement