13 Steps to Get Ahead

Follow these best practices to get results in your career. 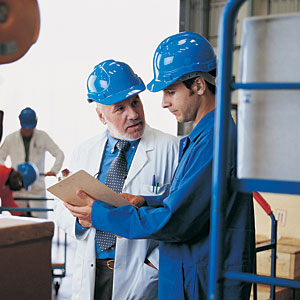 Read the article and then listen to the podcast, "Jim Smith's Lessons in Quality".

In every place I’ve worked, I’ve noticed a handful of patterns. Some people seem to fit in well, do their work, and usually get the perks—opportunities, raises and promotions. Others are just kind of “there”—they do their work, but they never step up to the plate and rarely get the perks—and often wonder why the perks don’t come their way. Still others are disgruntled and bitter, rarely doing anything beyond the bare minimum, loafing every chance they get, and simply filling up space until a reason comes up for them to be turned over.

Obviously, from the perspective of personal finance success, you’re far better off being in the first group than in the other two. The people in that first group are the ones that get the raises, the promotions and the opportunities. Why? Because they’re the ones that actually provide significant value for their employers. This phenomenon is true no matter what the job is, from a computer programming shop to a research lab or a fast food restaurant.

The most interesting part is that people actively choose which group they’re in through their actions. Some people come in the door and look for opportunities to get ahead. Others go in, watch the clock, do their work, and get their paycheck. Still others try to throw sand in the gears.

If you want to get ahead, here are thirteen tactics you can use, no matter where you work.

Every work environment provides ample opportunities for negativity, whether it’s just workplace gossip or your manager is asking questions. While it might feel good to participate in the negativity of gossip, don’t. (Feel free to listen, but don’t jump in with the negativity.) Even when supervisors are seeking comments on other workers, hold back on the negativity and look for what positives you can find. Negativity in the workplace drags everyone down and positivity lifts everyone, so stick with the positive.

Along those same lines, you’ll have many opportunities to “sell out” others in the workplace. Avoid it at all costs. If you have an opportunity to discuss other workers or particular situations, you might perceive that piling on those workers or those situations will benefit you—but rarely is that actually true. Instead, look for the positives you can outline about anyone or anything.

If you have downtime, find something useful to do

Many workplaces have times where there is simply downtime—you’re waiting on new customers, you’ve finished your current project, and so on. That downtime is key in separating the people who get ahead from the people who get left behind. Find things to do with that time that’s useful. Clean up your workspace. Clean up the store. Work on a low-priority project. Improve your skills. There are always things that can be done; don’t just sit or stand around to be told what to do.

Do every task you’re given as well as you can

When you’re given a minor, menial task, it’s often very tempting to do it with minimal effort just to get it done. You’re supposed to sweep the floor, so you do it mindlessly and do a mediocre job. You’re given something to type up, but you don’t bother to check it for typos. You’re given a mundane system administration task, so you overlook a basic step. Instead of falling into that trap, try to give your complete focus to the task at hand and do it as best you can.

Learn from (and emulate) the people who do their job well

In most workplaces, it’s easy to identify the top workers. They’re the ones that managers defer to and ask for advice. They’re the ones who always seem to come through with the things that need to be done. As a result, they have job stability, plenty of options, and likely a very solid salary. Learn from these people. Ask them plenty of questions about how they get things done. Watch what they do, particularly with their downtime. In some situations, it might even be appropriate to ask them to be your mentor.

Build positive relationships with everyone in the workplace

You do nothing but gain from building a positive relationship with everyone in your workplace, from the highest level of management that you can easily interact with to the person who empties the trash cans. Be friendly to everyone. Ask how their day is going. Find some common interests and talk about them. The more people you develop positive relationships with (both up and down the hierarchy), the better off you’ll be.

Every workplace seems to have a poisonous person or two. I know I’ve interacted with plenty of such people in my years—and in a few cases, they’ve really reduced the quality of the work environment and made me more negative. If you’re stuck with a poisonous person, just minimize all interaction with that person. When you do have to interact, stick with the facts and get back to your own tasks. That person might spew some poison about you, but most workplaces have pretty clearly identified the poisonous people and take what they say with a grain of salt, so don’t let their responses or backstabbing bother you. Get your work done and move on with life.

Never use your sick leave as “extra vacation”

In one environment where I worked, this problem was endemic. As soon as a person had enough sick leave built up to take even a single day off, that person called in “sick” like clockwork—with one exception. Want to guess the one person that received a raise and then, later, a promotion? It’s fine to use your sick leave when you’re actually ill, but consistent and reliable presence in the workplace is a huge benefit for your long-term career goals.

Improve yourself in your spare time

The simplest way to do this is to work on getting in better shape. Get some exercise and eat a healthy diet. This will improve both your energy and your appearance, things that are purely beneficial in any work environment. If you have a job that requires some specific skills, find ways to improve those in your spare time as well. Keep up to date on your specific area of knowledge. Learn what you would need to know to take the next step in your career.

Step up to challenges when they present themselves

Be a leader when it’s needed

When difficult situations occur, every workplace benefits from having someone they can rely on as a leader. Be the person that speaks for the workers during a meeting. Be the person who helps people out when they’re going through a crisis. Eventually, you’ll find that people simply come to you by default—and that includes management.

Own up to your own mistakes

If you mess up (and you inevitably will), admit to the mistake and do what you can to rectify it. Don’t try to hide it. Don’t try to pass the blame to others. Everyone makes mistakes. The winners are the people who own up to those mistakes and then go the extra mile to fix the created problem.

Stand up for yourself when you want a raise or promotion

If you want a raise or a promotion, be clear about it. Ask your supervisor directly for what you want—and be able to make a good case for it. If you get a “no,” ask what you need to do to put yourself in position for it and do just that. If you don’t stand up for yourself, no one will.

Jim L. Smith has more than 45 years of industry experience in operations, engineering, research and development and quality management. You can reach Jim at faceofquality@qualitymag.com