What should I know about CoaXPress 2.0?

The electronics industry is driven by the trend for more GOPS (Giga-Operations per Second) per mm3. This requires smaller technology nodes in wafer manufacturing, a drive to advanced packaging, as well as back-end inspection of the smaller interfacing components like micro-bumps, distribution layers, etc.

The smaller nodes result in more details that require visual inspection and metrology. At the same time the inspection throughput of the inspection tools needs to remain the same or increase when looking at the surface area that needs to be inspected. Furthermore, it is desired to reduce the number of false positives and negatives. The actual inspection task thus becomes more challenging.

To fulfill these requirements, the optical inspection and metrology equipment need faster motion to bring the device under test to the measurement point, faster and more complex algorithms to analyze the defects, and more accurate and faster electro-optical vision modules. In these EO-modules cameras with a throughput of 5 Gigapixels per second are needed to support the required resolutions and frame rate combination. This asks for an interface which goes beyond existing available standards. With CoaXPress 1.1 (CXP1.1) using four channels, data rates up to 2.5 Gigapixels per second can be achieved. The new CoaXPress 2.0 (CXP2.0) standard supports up to 12.5 Gbit/s per coax channel, which allows an affordable design of cameras that can run up to 5 Gigapixels per second with four CXP channels; one channel represents one cable.

CXP2.0 with four channels at CXP12 allows you achieve 5 Gigapixels per second data throughput. With CXP1.1 this is also possible, but requires doubling the number of channels on both the camera and frame grabber to eight each. In this case especially, the camera will increase in size and more cables are required, making the system design more complex and expensive. In terms of power and thermal management four CXP2.0 channels at CXP12 is likely to win as well. When you need 5 Gigapixels or more, going to CXP2.0 is the most logical step.

The CoaXPress 2.0 video interface supports the next step of highly reliable throughput requirements with an easy migration from the current CXP1.1 interface.

What I should know about CoaXPress 2.0?

All cameras and frame grabbers will start up in CXP1.1, only switching to CXP2.0 when both the frame grabber and the camera support CXP2.0.

2.  Doubling of the maximum speed

The most obvious improvement is the increased data rate. As previously mentioned the CXP2.0 can reach up to 12.5 Gbit/s. This 12.5 Gbit/s mode is referred to as CXP12. Due to overhead the actual effective bandwidth is approximately 9.6 Gbit/s.

Just to give an example of what would become possible, let’s consider a sensor resolution of 5120x5120 and a bit depth of 10 bit. With four CXP2.0 channels at CXP12 the theoretically possible frame rate could be about 146 FPS. CXP1.1 with 4 channels at CXP6 would only achieve up to 73 FPS in this case.

One thing that needs attention from a system engineer’s point of view would be that while for CXP1.1 PCIe gen2 x8 or gen3 x4 is sufficient for most cases, for CXP2.0 PCIe gen3 x8 will become a minimum common requirement.

Sometimes the computer is the limiting factor in processing speed. This can be the case if a lot of calculations have to be performed on the images. For these situations CXP2.0 supports configurations where one camera is used with multiple frame grabbers in multiple computers such that the calculations can be performed in parallel. This is an optional part of the standard, so ask the camera/frame grabber manufacturer which configurations they support.

The main supported configurations are:

Example: camera has four CXP channels, each channel is connected to a different frame grabber in a different PC. The image can be divided in four horizontal or vertical stripes such that each stripe can be sent to a single PC for further processing.

Missing from CXP1.1, but being part of GenICam for many years is the heartbeat, events and timestamp. These GenICam features will now be supported by CXP2.0.

Events allow the camera to inform the frame grabber about the occurrence of certain events at a certain time. The time the event occurred is indicated by a timestamp as made possible by the heartbeat. Example events are start or end of exposure or reaching a too high temperature. Events are actively pushed from the camera to the frame grabber. No requests have to be sent to the camera (no polling is required) to monitor for the occurrence of events.

Here the latency is defined as the delay between the moment a trigger is being send and the actual moment the camera has received the trigger and can start the exposure. 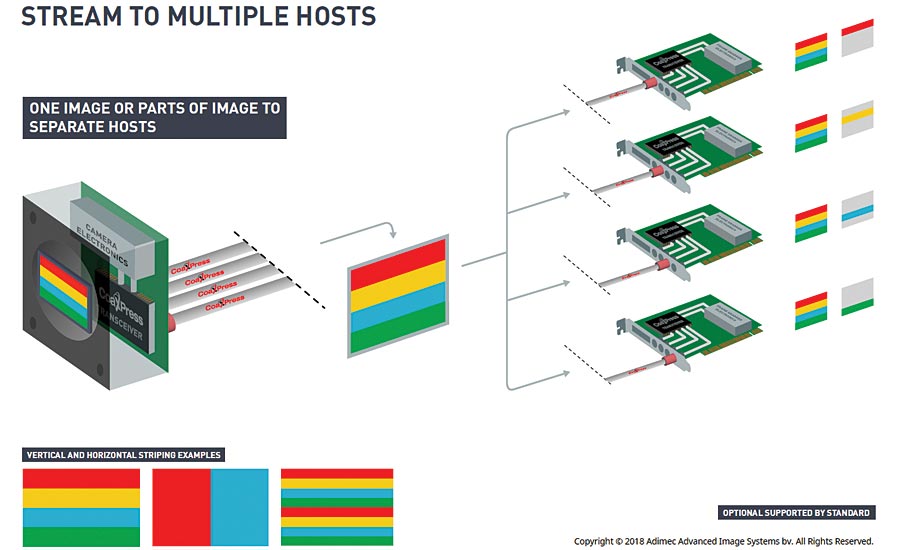 Figure 2: The CoaXPress 2.0 standard optionally supports streaming one image or parts of images to separate hosts.

While the above changes are the most important there are some smaller changes with less impact that are worth mentioning as well.

Save the default connection configuration

The communication protocol has been updated when operating in CXP 2.0, such that the reliability has improved. Although compared to other interfaces the chance on miscommunication was already small, this chance has been reduced further.

With CoaXPress 2.0 you will be able to further innovate your imaging system on resolution and frame rate, while benefitting from the added features that further simplify usability of CoaXPress cameras and frame grabbers. The most important CoaXPress 2.0 properties are: