Understand the process to determine measurement repeatability of a stereo 3D camera.

A schematic illustration of a typical measurement setup is shown in Figure 1(a). The components shown are a camera module, a line illumination, a translation unit (high-precision motorized linear stage, repeatability error <15µm) for translating the measurement target under the camera and a step target (illustrated in Figure 1(b)).

There are various aspects to consider when performing repeatability measurements:

Component warm up: camera, light source and translation stage undergo mechanical variations if their body temperature changes. It is therefore essential to control temperature and allow enough time for the setup to reach a temporal equilibrium.

Environment: As mentioned before, temporal changes influence the camera measurement performance. For the repeatability measurement, environmental temperature has to be stabilized and no stray light has to be ensured. Also, the measurement setup has to be protected from shocks, e.g. nearby working machines generating vibrations.

Light source: It has to be ensured that the light source generates a uniform and temporally stable light field. Variations result in intensity changes in the image data, which are not to be considered when evaluating camera module repeatability.

Translation stage: It has to be ensured that the scanning process is stable with respect to positioning of the target. When evaluating camera module repeatability, the location of the target in the image data has to be precise.

Step target: The measurement performance of stereo imaging based 3D measurement is always dependent on the surface quality of the target. The repeatability measurement process is therefore defined for a target with good surface texture and no angle dependent appearance changes (e.g. gloss or specularities).

Image acquisition: The process of acquiring a large amount of repeated measurements should be performed in an automated fashion to prevent introducing additional errors.

The measurement procedure contains an image acquisition step, and a data processing step.

Note: It makes sense to verify that the acquired image stack is void of displacement due to mechanical imprecisions in the scanning process. If displacement exists, it has to be corrected before analyzing the image data for camera repeatability. If not corrected, it could lead to a reduction in the measurement performance that is due to the mechanical setup and not due to the camera. For the camera repeatability, we are only interested in the camera, not the mechanical peripherals and their uncertainties.

Analysis and interpretation of the results

The 400 scans of the step target were converted to disparity images using the camera and correlation window size 27 x 27 pixels. To analyze repeatability of the measurement at different heights on the target, measurement regions have to be defined. We illustrate in Figure 2 the square regions of size 100 x 100 pixels considered for the analysis. 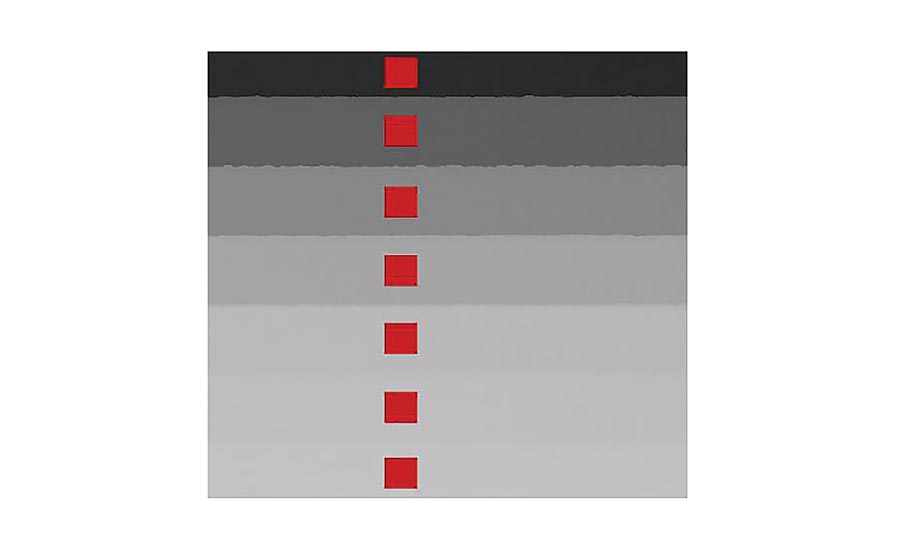 Extracting an average value for each of seven height steps in each of 400 images corresponding to the measurement region is the basis for further analysis. When plotting these values over measurement time, it can be seen that for our camera, there exists a change in disparity value over approximately the first hour of measurements (see Figure 3). This is the time our particular measurement setup requires to reach temperature equilibrium. The functional behavior of the measurement can be explained by the dynamics of thermal coupling of, for instance, light source, the camera and the mechanical carrier connecting these components. As mentioned before, for analyzing the repeatability of the camera module, this bias in the warm up phase should not be considered.

Figure 3: Measurement values for each of the seven steps on the target plotted over measurement time.

To correct the bias, two approaches can therefore be followed:

We follow the second approach and correct for bias. A corresponding bias corrected plot is shown in Figure 4. 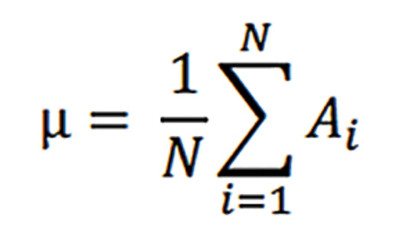 and Ai is the i-th measurement value and N the number of bias corrected measurements. For the 15µm camera module, see the chart at the top for the standard deviations that were found.

Figure 4: Bias corrected measurement values for each of the seven steps on the target plotted over measurement time.

The process to determine measurement repeatability of a stereo 3D camera is described and illustrated. The importance of correcting raw measurements for bias was illustrated by example. For the camera module considered in the experiments, an approximate standard deviation of 2.5 µm was found.

It shall be noted explicitly that factors such as correlation window size or the level of image noise also influence camera repeatability. For measurements of a specific use-case, repeatability should be evaluated under realistic conditions of a given application. V&S

How to Set Up a Stereo Machine Vision Solution