A brief overview of the most common types of fatigue tests and where each is commonly used.

Fatigue is a failure mechanism caused by repeated cyclic loading that leads to cumulative damage within a material, and ultimately catastrophic failure. “Between 80% to 90% of all mechanical service failures can be attributed to Fatigue,” according to the American Society of Metals – Metals Handbook 1975 & 2008. Therefore, it is critical to test and characterize the fatigue properties of materials and components.

Fatigue failures occur when a material is loaded repeatedly, but below the stress level that would cause immediate failure, and in many cases even below the yield stress of the material. With each loading cycle, damage to the material accumulates.

The fundamental purpose of material fatigue testing is to determine the stress level which can safely be used while guaranteeing a certain life. More complex fatigue tests can also produce greater insight into how fatigue damage accumulates, feeding models of exactly how performance of a component will change during its service life.

These material characteristics are researched by universities and different industries and are essential when creating FEA stress models, qualifying materials and for product validation. This article aims to provide a brief overview of the most common types of fatigue tests and where each is commonly used.

This is the most common form of fatigue testing, where specimens are tested under repeated cyclic loading for many thousands or millions of cycles. The loads applied are normally a fraction of the yield strength of the material, so tested well within the elastic limit.

When performing HCF testing, there are some test parameters that are considered. Waveform shape is one; the most common waveform is a sine wave, but it can be triangular, trapezoid or even real-life load data. The second parameter is the stress level, often expressed as a combination of mean and amplitude or maximum load and an R-ratio (the ratio of the max to min stress). The third is the test frequency, which often depends on the material and the limits of the testing system.

Unlike HCF where we cycle in the elastic region of the material, LCF focuses on testing material with stresses that yield the material and takes it into the plastic region during each cycle. This is normally for materials that see very high stresses through thermal expansion, and hence is common in either the power generation industry or in materials for aerospace engines. Testing is normally in strain control with an extensometer attached to the specimen to measure strain rather than controlling stress, and most commonly carried out at elevated temperature (up to ~900 C or higher).

Since the material is yielded during the cycle, generally it fails earlier than HCF and can fail within a few hundred or thousands of cycles rather than millions in an HCF test. In order to achieve constant strain rate, triangular or trapezoid are the most common in LCF and very much slower than HCF, with <1 Hz frequency. Typical results from multiple LCF tests will be a strain levels against number of cycles graph.

TMF is a variation of fatigue test that brings in the effect of cyclic thermal loading on top of cyclic mechanical loading. Here we not only look at the effect of strain cycles (and hence stress) but also temperature cycles. Temperature and strain are often cycled at the same time. Typical loading patterns include triangular, trapezoid with holds, either cycling temperature in phase or out of phase with strain. TMF is a complex and very advanced fatigue testing that is critical in understanding interaction of thermal expansion with mechanically induced strain. 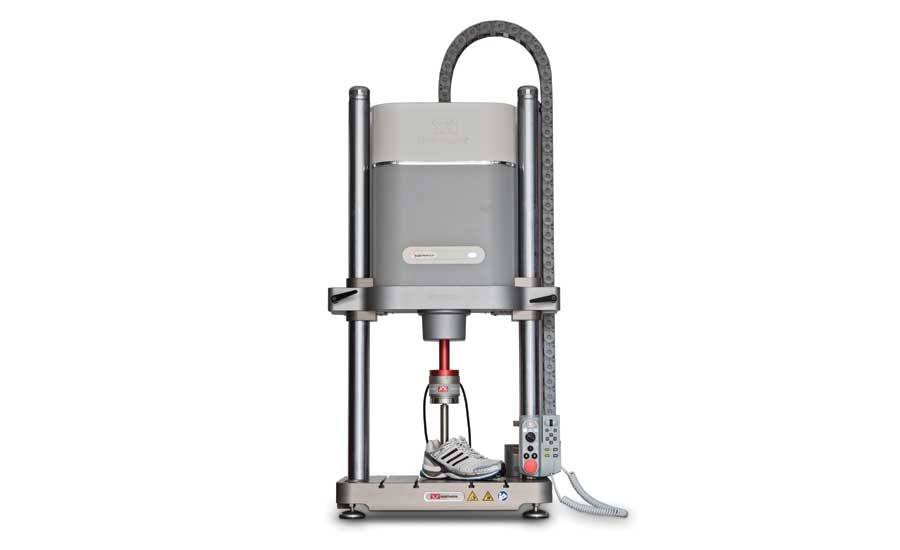 Before testing, there are a few preparations that are done to ensure the integrity of the tests and results. These include ensuring the transducers are calibrated and the system is tuned. Calibration of transducers such as loadcells and extensometers verifies that these measurement tools will give accurate results complying with international standards. On the other hand, tuning provides suitable control parameters for the controller according to the loadstring so that the actuator responds correctly to the control signal and you apply the loading you intend.

Advances in technology for the past 20 years have resulted in automatic tuning methods in place of manual tuning. Manual tuning is time consuming and inexperienced operators may not be able to do this consistently. Automatic tuning methods provide a much more intuitive process that will also prevent any human errors. These methods include stiffness-based tuning, which takes place well within the elastic region of the specimen, and square-wave auto tuning, which takes place in the plastic region of the material. This method uses more aggressive square-wave loading patterns that could damage the specimen. Therefore, it is common to replace specimens for the actual test.

Advances in digital controllers not only allowed simpler test setup procedures, but also brought in new software capabilities that enable better and more efficient data acquisition, ideal when conducting tests that may last for hours or even days. These include higher data acquisition rates to accommodate newer and better transducers and intelligent data tools that optimize what and how much data are collected. It is often the case for fatigue tests that not all cycles are required to be recorded in full.