Shape from Shading: A Vital Shape Extraction Technology and its Applications

Vision inspection is not without its challenges.

In today’s manufacturing environment, automatic vision inspection has been widely applied in many different industries including semiconductor, electronics, food and beverage, pharmaceutical packaging, automotive, and many others. Within vision inspection, applications can be categorized into measurement, absence/presence, robotic guidance, flaw detection, identification such as 1D/2D, and optical character recognition (OCR) reading. Conventional 2D algorithms are typically good at tackling applications in which certain features are clear and well-defined for the detection to be robust. In other words, the features of interest must be stable and consistently presented in order to be detected and read reliably.

However, like life, vision inspection is not without its challenges. Some surfaces have a natural texture or a highly reflective finish. In other cases, parts are grinded or stamped during the manufacturing process which may result in a curved or textured surface. Some objects include embossed characters or features are impressed or indented, such as stamped and engraved markings—these all make inspection very challenging. Conventional 2D algorithms and preprocessors often fail to find reliable ways to solve these problems. Shape from Shading technology has been proven a more reliable method to tackle such challenging inspections.

The following two application examples will provide some hints on how this technology has enhanced contrast of features of interest, and greatly suppressed background noise to make the following inspection a lot easier to reliably detect defects and read characters. 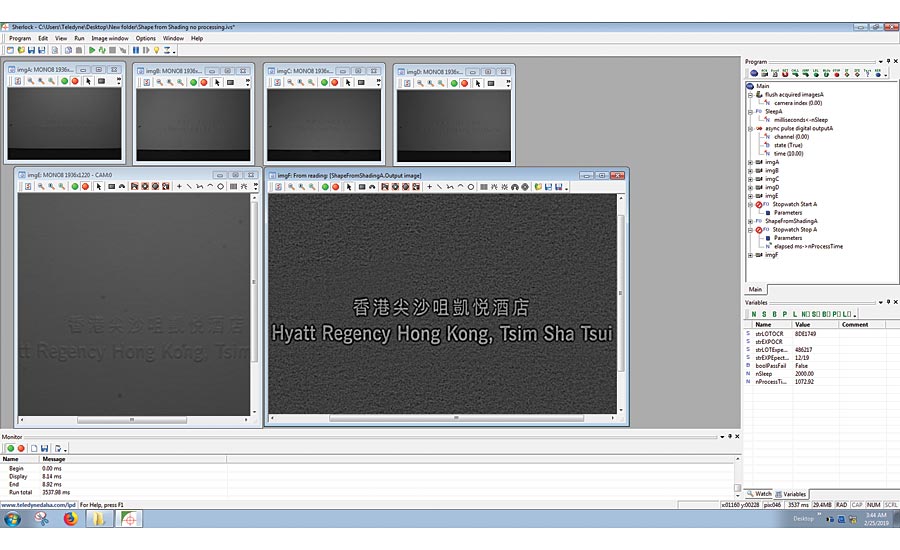 These two examples show how Shape from Shading technology can be used in applications where conventional 2D algorithms and preprocessors would fail. In the first example, a manufacturer is trying to detect cracks or scratches on the surface of ceramic tiles. Due to a complex textured background on the ceramic surface, a common lighting technique and conventional 2D preprocessors and algorithms have a difficult time detecting the abnormalities because these defects are simply not noticeable with standard imaging. With Shape from Shading, dents, cracks, and scratches are easily separated from the background and detected reliably.

In the example on the left, letters and characters are embossed on a business card. As shown on the first image, all characters stamped on the card are pretty much invisible to human eyes. Although low-angle dark field light may help, it is still not robust and stable. By using Shape from Shading with multiple lights from different angles, a better image will be composited with stronger contrast. All characters on the card are easily shown and a standard OCR algorithm can tackle the inspection. 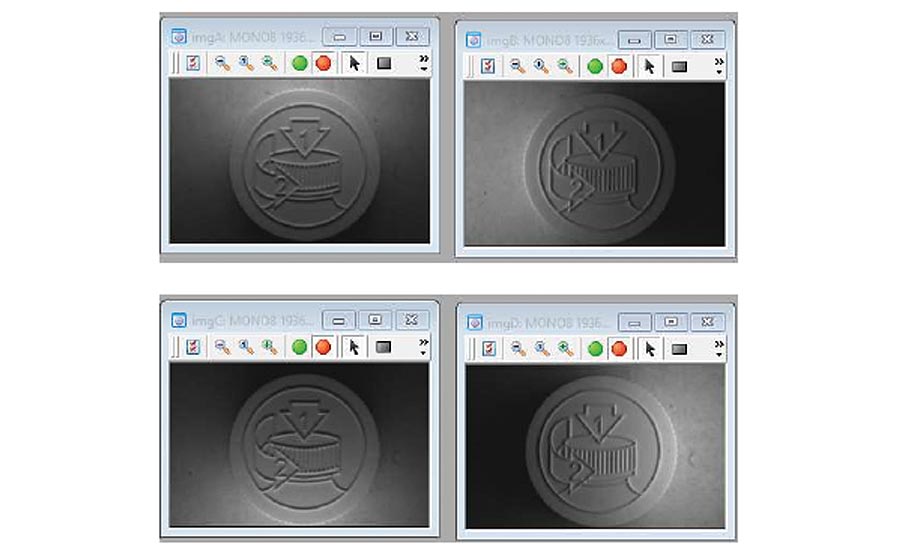 What is Shape from Shading Vision Solution?

Shape from Shading is a technique used to separate the shape of an object from its 2D surface texture. Typically, it’s used to highlight 3D surface structure information in one image, known as the shape image, and remove glare from highly reflective parts, known as the texture image. The technique works by using a segmented ring light or independent bar lights and combining multiple images into one. During this process, data are extracted from a series of images to reveal surface features or defects that were previously hidden.

Four images are taken as the light rotates around the part in a counter-clockwise direction, illuminating the part in a different direction for each image capture. By combining the resulting shadow images in a process known as Shape from Shading, the 3D surface structure of a part is revealed. The screen shots at the top of this page show an example of how the images of a bottle cap look as the light moves around the part from different directions, along with the resulting composite image from a Shape from Shading algorithm. 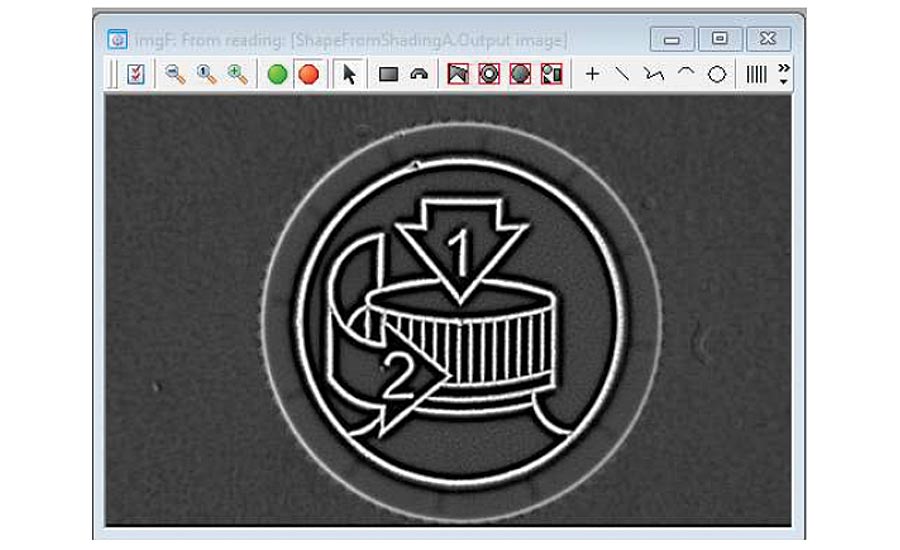 Shape from Shading software algorithm computes the composite image with 3D effect to enhance the contrast while suppressing background noise.

Here’s how it works. The algorithm looks for shadows that are created and edges that are highlighted as the light shines from each direction. The shadows and edges from each image are combined into one image that represents the height variation in a part. This is very helpful to detect scratches, dents, missing components, etc.

The algorithm also looks for the area of the images that do not have direct lighting. It then combines all areas of the image that look the same—meaning they do not have glare—into one image with no glare. This is useful for inspections of parts that are highly reflective or inspecting parts through a plastic or clear material covering or wrapper.

If the part is in motion during the inspection, Shape from Shading uses an embedded motion correction mechanism that accounts for the part being in different positions as each image is captured. This algorithm requires an extra image after the initial four images are taken; this is known as the search image. The search image will determine how the part moved during the image capture sequence with the movement of the found pattern from the first image to the search image, so it can identify and align the correct pixels. 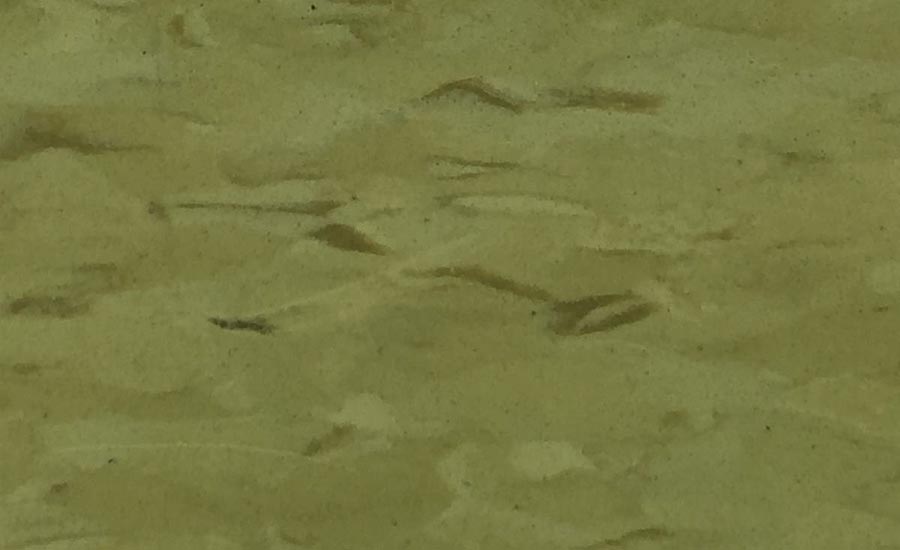 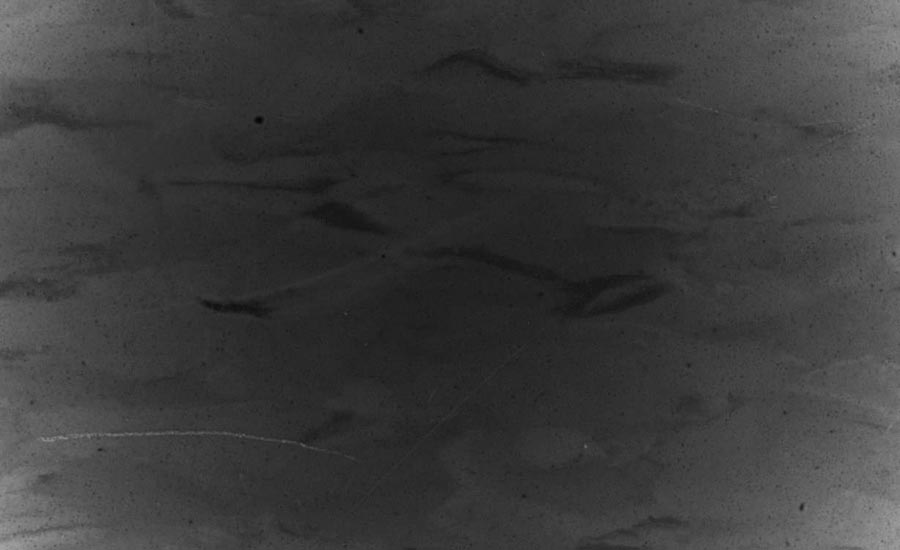 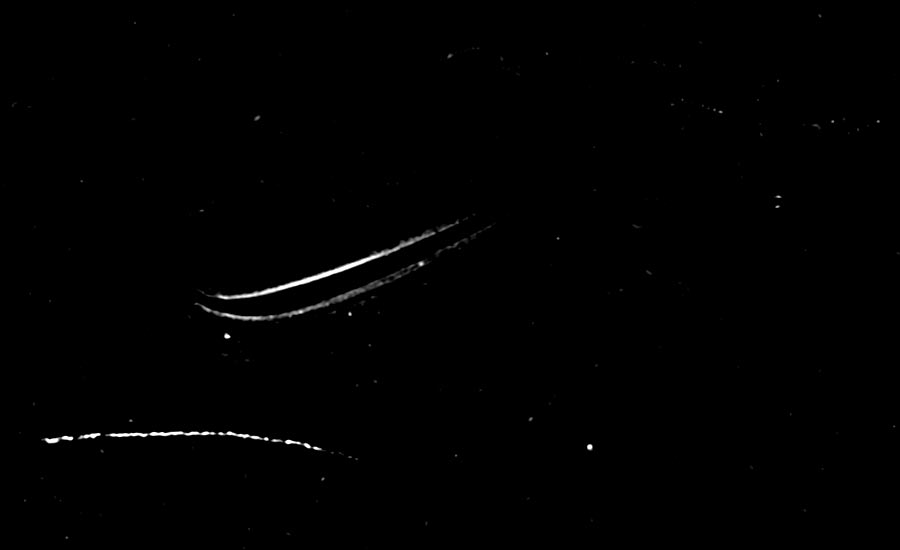 Image processed by Shape from Shading

Benefits of using Shape from Shading:

This advanced vision solution offers many distinct advantages. By combining multi-directional lighting with advanced software algorithms, it helps eliminate surface background effects, such as noise or color and produces an output image focused on the features with strong contrast to facilitate inspection. It is especially good at inspecting reflective and rough surfaces of many kinds of material such as metal, plastic, rubber and ceramics for imperfections, such as dents, grooves, cracks and scratches, as well as clearly showing hard-to-read characters. V&S

Steve Zhu is the director of sales for Asia for Teledyne DALSA Inc. For more information, call (514) 333-1301 ext. 4231, email steve.zhu@teledyne.com or visit www.teledynedalsa.com.