The Digital Metrology Standards Consortium (DMSC) announced its 15th anniversary as a globally recognized standards development organization. The DMSC is officially an ANSI Accredited Standards Developing Organization and an A-Liaison to ISO ISO/TC 184/SC 4.  It operates as a nonprofit group comprised of member companies, academia, government agencies, and individuals with a primary mission to identify needed standards in the field of digital metrology in order to promote, foster, and encourage the development and interoperability of these standards.

The DMSC, originally known as the Dimensional Metrology Standards Consortium, was founded in an effort to offer continuing support for the Dimensional Measuring Interface Standard (DMIS). DMIS was conceived by the CAM-I (Consortium of Advanced Management International) Standards Committee in 1983. In 1991 DMIS 3.0 was accepted by ANSI, and adoption had already begun by many leading companies. When the CAM-I Standards Committee was eventually dissolved, several of the committee member companies moved on to form the DMSC in June 2005. Although DMIS is now considered mature on the development cycle, the standard is still supported by the DMSC and is in use today by multiple manufacturing industry sectors. 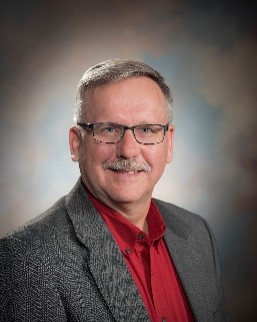 The most recent development by DMSC is a digital Model Based (MBD) metrology standard called QIF (Quality Information Framework). QIF is an XML (Extensible Markup Language) based schema that enables efficient and effective data exchange throughout the entire manufacturing quality measurement process. In 2018, ANSI/DMSC QIF 3.0 was accepted as an ANSI standard. As the QIF standard has evolved and grown, there has been considerable effort to coordinate and harmonize QIF with other related standards developed by outside organizations. The DMSC has responsibility to develop, maintain, and support the DMIS and QIF standards. The DMSC also charters new Working Groups for possible future standardization.

“We are extremely pleased that our 15th year anniversary coincides with the anticipated acceptance of QIF 3.0 as an ISO standard," says DMSC President Curtis Brown. "A key measure of the QIF success story has been attributed to broadening our development focus to support an integrated digital 3D model with robust product and manufacturing information.”

Building Lean Supply Chains with the Theory of Constraints