A guide to Force Measurement in Static Materials Testing

Force testing is the most fundamental element of materials testing and continues to be critical to the safety of the world around us.

All objects—from toothbrushes to umbrellas to the components of a space shuttle—experience forces throughout their lifecycles. In performing everyday actions like tying a shoelace or ripping open a package, we all exert forces without even realizing it. Forces are even more critical to consider in high stakes situations such as when injecting a syringe or flying an airplane. Regardless of the application where force is being applied, testing is essential to ensuring the safety and quality of every product, as well as the safety and quality of the materials and components they are made from.

Force testing is defined as the measurement of an object’s response to an applied force, typically until failure. In an R&D environment, force testing is used to compare materials, determine the strength of a given material type, or design products that meet ergonomic or other requirements. Additionally, force testing is commonly used across industries as a quality control measure to check that a given batch of product meets specification. Given the ubiquity of force testing across industries, it is important to understand how force is measured and how to measure it correctly.

Before examining how force is measured, let’s define it. In the simplest terms, a force is a push (compression) or a pull (tension) acting on an object. For example, weight is a force; it’s a measurement of the gravity exerted on an object’s mass. Force is commonly measured in Newtons (N) or pounds-force (lbF). 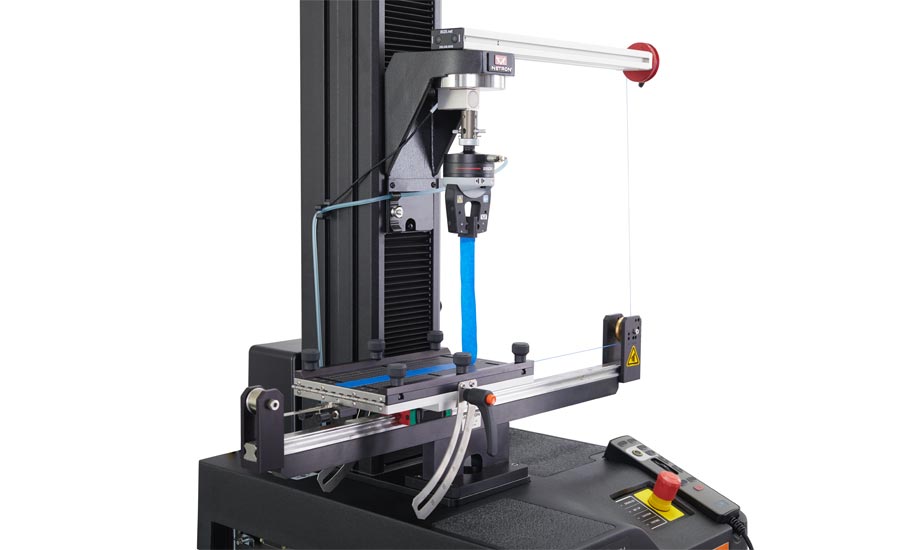 An Instron 68SC testing system can be used for peel testing. Peel testing is an application where selecting a load cell with high accuracy at low forces is essential. When testing with low-capacity load cells it’s always important to consider the cell’s tare weight and the weight of grips/fixtures that are being used.

A universal testing machine (UTM) is typically used to measure force. A UTM consists of an electromechanical system with a moving crosshead. The crosshead moves up (acting in tension) or down (acting in compression), at a set rate. A load cell, crucial to force testing, is attached to the crosshead and is used to measure the material’s response to an applied force. Software is connected to the machine and used to control test method parameters including test rate, end of test criteria, and test results.

A UTM is called “universal” due to its flexibility. A UTM can perform tension, compression, bend, peel, shear, tear, and other mechanical tests on a wide range of materials. These systems are available in many sizes and capacities and are compatible with multiple load cells, further increasing their flexibility. 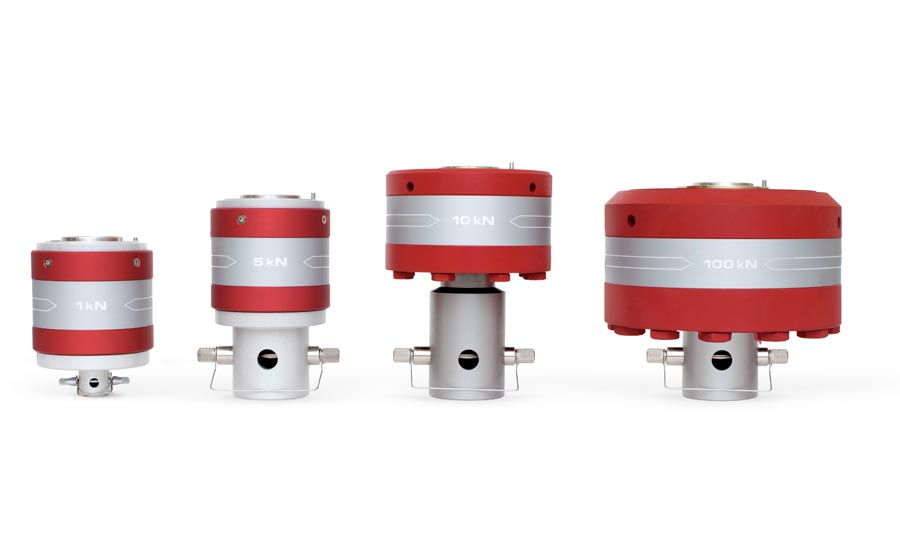 A load cell is a force transducer that converts measured force into an electrical output signal proportional to the force that the load cell experiences. Even without crosshead movement, any object hung from a load cell will have its weight displayed as force. A standard type of load cell utilizes a Wheatstone bridge made up of strain gages bonded to an elastic element. When this element is subjected to a force and deforms, the resistance of the strain gages changes, resulting in a change in electrical output from the load cell. As the moving crosshead of a universal testing machine applies force, the load cell measures the material’s response. The following sections define several key criteria to consider when selecting a load cell.

Load cell accuracy is normally expressed as a percentage of the load cell reading. The accuracy range is also typically reported. It is recommended that load cells are verified once a year to ensure they are meeting the published accuracy specification.

Resolution refers to the smallest change in force that a load cell can identify and therefore convert into a change in output voltage. Resolution and accuracy are the two primary measures of how a load cell will perform in its lower range.

How to pick the right load cell?

While accuracy, resolution, and limits are certainly not the only characteristics of a load cell that factor into their performance, here are several examples of scenarios in which they are relevant to selecting an appropriate load cell.

When to Consider Maximum Capacity

Scenario: An R&D lab is frequently testing textiles that typically break around 900 N. While this falls within the capacity of a 1 kN load cell, it is best to use a 2 kN cell for several reasons: a higher-capacity cell leaves room for future development of stronger materials and reduces the risk of overloading the 1 kN cell and damaging it. A general rule of thumb is to select a load cell where the peak load experienced during testing falls under approximately 80-90% of the load cell’s maximum capacity. 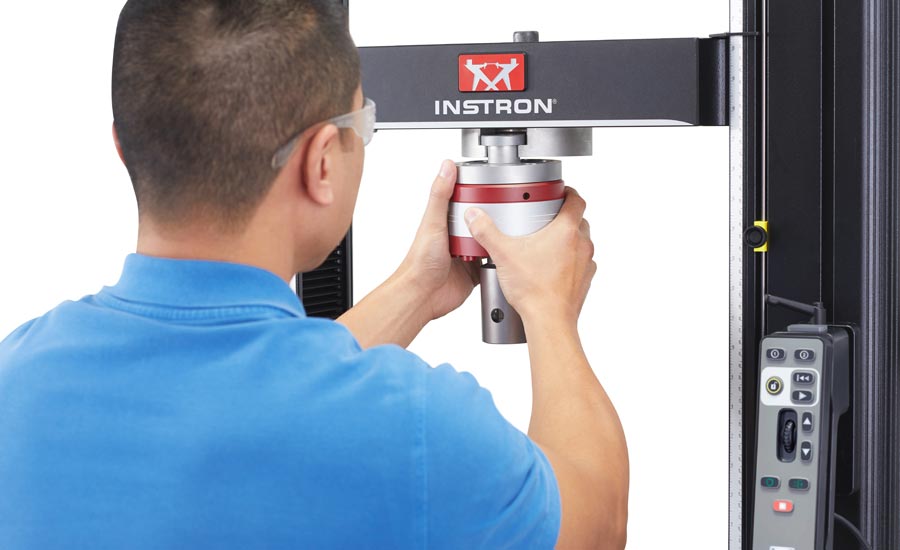 When to Consider Accuracy

Scenario: A plastics manufacturer is testing two vastly different materials, one that breaks at 40 N and one that breaks at 3 kN. While a 5 kN load cell can be used to test both materials, it is helpful to look at the accuracy reading of the load cell. A 5 kN load cell with an accuracy range to 1/100th of full capacity is only guaranteed to be accurate above 50 N, while one with an accuracy range to 1/1000th of full capacity goes to 5 N. Since one specimen type breaks at 40 N, this distinction matters significantly. The load cell with 1/1000th accuracy range is the best choice for both materials.

When to Consider Tare Weight

Scenario: A tire manufacturer is testing a high-elongation elastomer with a breaking force of 70 N in an environmental chamber. While this falls under the capacity range for a 100 N load cell, it’s worth noting that the tare weight is only 40% of this cell’s maximum capacity, equal to 4.08 kg. The weight of the required fixturing is 4.5 kg. Using fixturing that exceeds a load cell’s tare weight runs a high risk of overloading and damaging the load cell. For this application, it’s best to use a 500 N load cell.

When to Consider Multiple Load Cells

Scenario: Two professors in a shared university lab are testing two different materials that break at forces of 3 N and 35 kN respectively. Obviously, these require different load cells in order to produce accurate results for each material type. Some UTMs have the option of purchasing a “quick-change” adaptor or a “piggyback” adaptor. A quick-change adaptor enables the user to easily swap out different load cells. Alternatively, a piggyback adaptor allows for the higher capacity load cell to remain bolted to the crosshead. When in use, the smaller load cell is attached directly to the larger load cell instead of the crosshead itself. Both accessories vastly reduce the time it takes to switch between force testing of low-strength materials and high-strength materials. 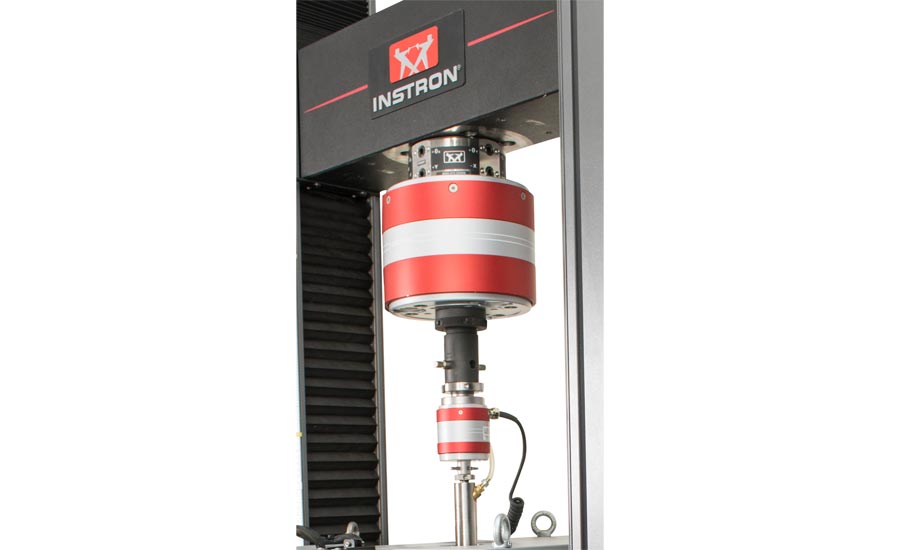 Force testing is essential to ensuring the quality and safety of everyday objects to mission-critical components of high-risk products. When testing materials ranging from dental floss to steel rebar, load cells are vital in ensuring the accuracy, precision and reliability of force measurements. The advantage of a UTM is its flexibility, and it’s important to consider the full application range of a system in order to determine an appropriate load cell or load cells. Force testing is the most fundamental element of materials testing and continues to be critical to the safety of the world around us. NDT

Back to Basics: Materials Testing in the Automotive Industry

Materials Testing Systems in Regulated Environments: What You Need to Know