When you’ve had a fifty-plus year career in quality, the list of your accomplishments is long. And if you’ve done it right, your list of friends in the community is even longer.

Navin Dedhia has been a pillar of the quality community since the 1960s, speaking and working on five different continents about the importance of quality.

Dedhia has influenced quality with travels to Australia, Argentina, Portugal, Peru, Germany, India, Brazil, Iran, China, Mexico and Canada, as well as throughout the United States, earning him the nickname “Mr. International” among members of the ASQ community. Along the way, he’s mentored dozens of others—perhaps forty—for their ASQ Fellow applications.

And while it would be easy for him to take credit for his accomplishments, he often passes the accolades on to others. Though he was the one who supported an ASQ Inspection Division scholarship, he named it for Dr. H James Harrington, his former IBM boss and mentor. Harrington, CEO of Harrington Management Systems, said this is the kind of person that Dedhia is. 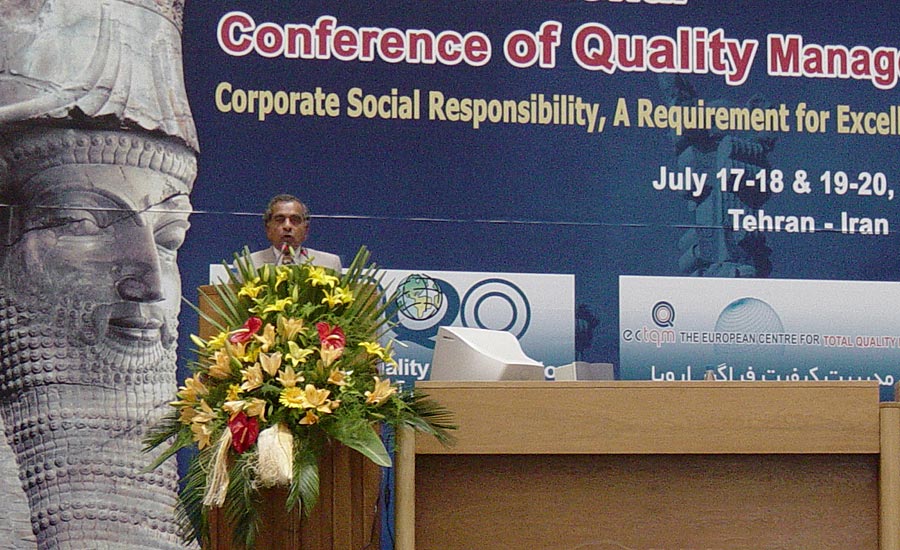 “If there’s one person who helped me in my career, it’s probably him,” Harrington said. “It isn’t just me, he helped everybody…That’s the thing, he doesn’t say me he says us.”

He described Dedhia as loyal, creative and dependable. “He’s the type of person that says ‘What can I do for you?’ rather than ‘Go do this.’”

While spreading his message of quality, he’s also garnered praise for his dedication, technical skills and leadership. Colleagues described him as fun to work with, equally talented dealing with people or statistics. For his long commitment to quality, Navin Dedhia is our 2021 Quality Professional of the Year.

Former colleague Prabodh R. Shah summed it up best: “I consider myself to be fortunate to have known Navin.” 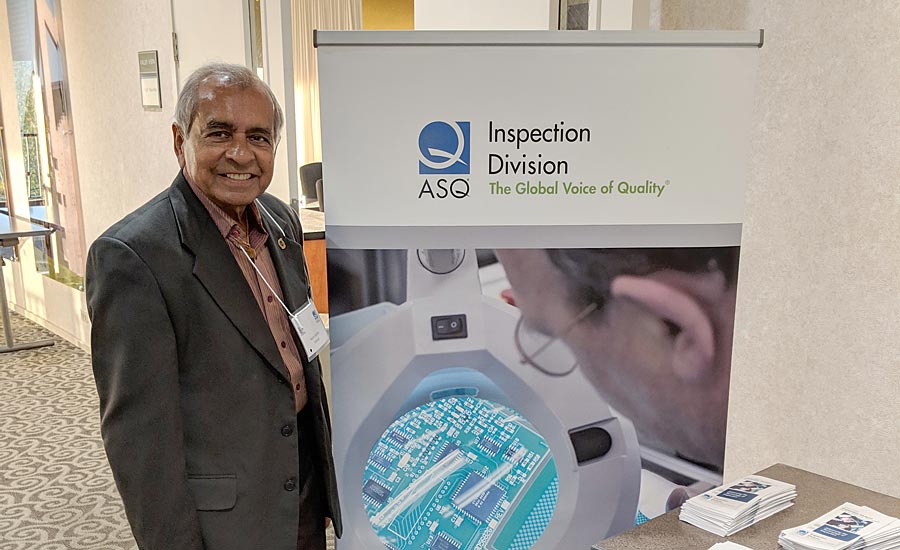 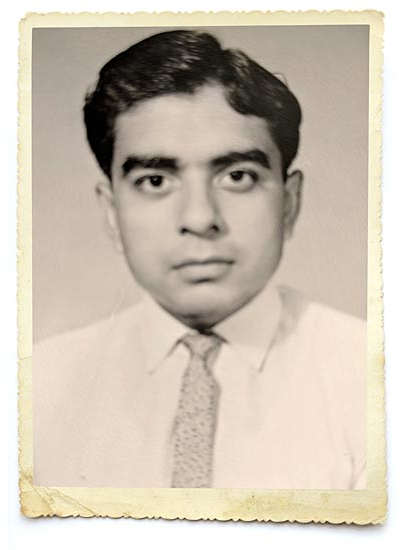 Whether it’s writing a letter to the president of a university to explain why a policy is discriminatory, teaching himself enough English to catch up to his classmates at a new school who had started language classes the year before, or studying on his own for quality exams, Dedhia is tenacious about his goals and not afraid to work hard.

As often happens, it wasn’t his intention to work in quality, but more than fifty years later, it’s worked out well. Dedhia studied electrical engineering and began his career at a chemical plant in India.

After three years at that plant, he came to the United States for a master’s degree. That led to a job at IBM and the start of his career in quality.

Rao Palanki has known Dedhia for more than 50 years as his colleague at IBM and said that his expertise resulted in significant cost reductions and improved product quality at the IBM plants of East Fishkill, NY, and San Jose, CA.

Through their work, they were able to eliminate incoming inspection. He looked at how to work with customers and suppliers to improve quality, Palanki says.

While the IBM job was going well, the cold weather of New York was not for him, so he looked for an opportunity to transfer to San Jose. He worked at IBM from 1968 to 2002 and put the company’s three core beliefs into action: “Respect for the Individual, Service to the Customer, and Excellence is a Way of Life.” 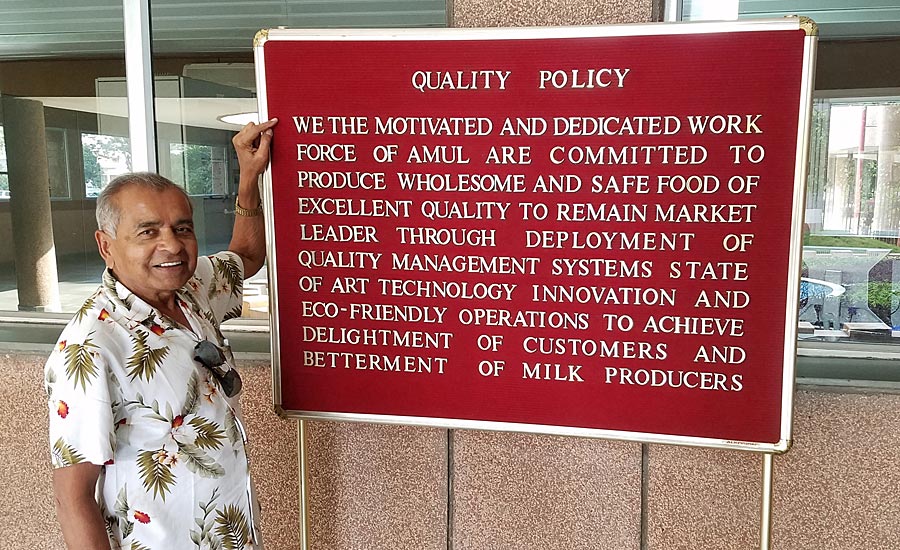 Though such a long tenure is impressive on its own, he also found time to present more than 95 papers and workshops at conferences near and far. This began with a presentation on Productivity & Quality in San Francisco in 1981, and the last one—number 50—was on business transformation and quality at the last ASQ Inspection Division Conference, held in Louisville, KY, in 2019.

Eventually he applied for an MBA program in California, where he was told that he needed to take an ELT Test, despite having already worked at IBM for 15 years and having a master’s degree from the U.S. He took it upon himself to fight this policy and successfully did so to pursue his studies. He wrote a letter to the president of the university, called the dean of admissions and didn’t let up until it was solved.

“If you don’t follow up, the problem will persist,” Dedhia says.

Our 2021 Quality Professional Of The Year

Navin Dedhia has published two books and more than 50 technical papers and 100 articles, made more than 75 presentations and taught numerous quality related courses.

He’s also received more than 20 prominent awards and honors. Most notable are:

Achievements – At IBM he led a 15-member team to reduce spare parts defects for their San Jose plant—which resulted in an annual savings of $3.4 million. He also increased on-time ship performance of the disk drive storage systems from 74% to 94% and on-time customer delivery performance from 65% to 93%.

A Commitment To Excellence

Though he doesn’t seek it out, his work has earned praise from a range of areas of his life, from a former boss and colleagues as well as members of ASQ.

Harrington, Dedhia’s former IBM boss and a longtime leader in quality himself, praised Dedhia’s skills and commitment to quality.

“He did all the work and I took all the credit,” Harrington says. “He made everything happen.” Harrington notes that if Dedhia was working on a project—no matter how difficult—you could count on it getting done. He also noted that the international chapter of ASQ started with 1,200 members and before he left it was the biggest in the organization, with more than 7,000 members.

The appreciation goes both ways. Dedhia recommends quality professionals seek out a mentor to improve their careers, saying, “Jim Harrington was my best mentor and guide. He’s an amazing person. I admire him, he’s 89 and still going strong.”

For those quality professionals looking to have a successful career, Dedhia recommends studying for at least one of the ASQ Certification exams, and attending classes, even if you have to do it on your own time.

“Learning is a lifelong activity,” Dedhia says. “It does not stop in high school, college, university…Keep on learning.”

For some, retirement might mean gving up your work in professional associations and taking some much-deserved rest. Not Dedhia. He’s maintained his work with the ASQ Inspection Dvision and continues to speak at conferences, despite being almost twenty years past retriement age.

ASQ Inspection Division member Jim Spichiger appreciates Dedhia’s work ethic and skills handling volunteers, a sometimes difficult group to motivate. “He does get things done, he communicates very well, nothing is last minute,” Spichiger says. If the deadline is months away, Dedhia will have a well thought-out plan. “There’s never a sense of urgency. It’s well planned, he does a very good job project managing and communicating. I like working with someone like that. Other people rush and say it’s due tomorrow. He’s not like that at all.”

Friends From East Fishkill To The Philippines

Throughout his career he’s earned the respect of many in quality. His application for Professional of the Year included fifteen glowing letters of endorsement, starting with his roommate in New York in 1968 who remains a friend to this day to others he’s helped through ASQ.

Scott Laman described the feelings of many who benefited from Dedhia’s help, particularly in his ASQ Fellowship application: “He didn’t know me well, had nothing to gain, but gave my interests his attention. For that I will be forever grateful.”

Ron Kingen, ASQ Fellow, DSM and ASQ past president/chairman, wrote, “Navin’s support was beyond my expectations. Navin already earned the informal title among many in ASQ as Mr. International, I realized why!”

The accolades flowed in from around the world. Miflora M. Gatchalian, PhD, CEO Quality Partners Company, Ltd., retired full professor, University of the Philippines, wrote, “I owe a great deal to Navin’s inspiration, encouragement and support.”

Norma Antunano, PhD, ASQ Fellow, wrote, “Navin is technically knowledgeable and has excellent interpersonal skills, making him easy to work with regardless of where we are. It has been an honor for me to have the opportunity to work with Navin.”

2022 Quality Leadership Ranking: When the Going Gets Tough

Meet Kathy Lyall, our 2020 Quality Professional of the Year