Continuous improvement has been a constant throughout a career that has spanned multiple industries around the country.

Although he seems like the consummate quality professional, James Bossert ended up in the quality profession by chance. Today he’s spent more than 35 years in industries from automotive to cell phones to healthcare and consulting. His career has brought him around the country, and around the world. He’s worked in Texas, Michigan, Arizona, North Carolina and New York. Along the way, he’s written two books and edited four.

Growing up in Rochester, NY, he’d always wanted to work at Eastman Kodak—“My blood runs Kodak yellow,” he says—because his father worked there for 42 years. Rather than wait for a job opening, he wrote a letter to the CEO. This landed him an interview, and eventually, a job. As the hiring manager said, they liked his moxie. 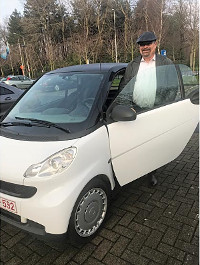 Bossert’s work has brought him around the world. Earlier this year he was working in Belgium.

This take-charge approach has served him well in his career. He joined ASQ in 1980 at the student rate of $25, thus beginning a decades-long involvement. Since then he has chaired conferences, arranged speakers, and wrote countless articles. (With all of these accomplishments, his Quality Professional of the Year nomination was 14 pages long.) Two years after joining ASQ he was the Rochester program chair for the section conference, and he continues working with the association on a national level today.

Our 2018 Quality Professional of the Year has given back to the industry in many ways, whether it’s through teaching, mentoring, coaching or volunteering.

“I’ve always been a believer in Jim,” says T.M. Kubiak, a longtime friend and colleague who met Bossert through ASQ. “His goals are not personal in nature. His goals are bettering the field of quality, whether one on one or one on many, writing books, giving presentations, speeches, training.”

A Chat with the 2018 Quality Professional of the Year (podcast)

Bossert got his start at as a statistician at Xerox Corp. (Rochester, NY), where he was part of a team working on process improvements for copier manufacturing. There he found some practical jokers in the engineering department. They would ask if a process was in control or not. It would look perfectly in control, but they would change the scale to make it appear normal when in fact it was anything but. He got along well with the team after making it through their ribbing.

From there, it was on to Schlegal Corp., also in Rochester, as a statistical quality manager, where he implemented a statistical process control program for the company’s automotive customers.

Next up was Eastman Kodak. During his time there, he reduced lab differences from 10% to 1% and demonstrated these results by conducting GR&R studies.

Doing quality inspections in the film lab piqued his interest in quality. “If we don’t have a quality product, we’ve got nothing we can sell,” he said. “If I have to scrap this whole thing, which is thousands of dollars, it’s important that we get it right.”

From there he decided to take some statistics courses for his master’s degree—despite getting a D in his first ever stats course—where he realized he had an affinity for the subject. Going to school at night while doing shift work taught him perseverance. He continued his studies and later received a Ph.D. from Indiana State University.

One day he received a call to see if he might be interested in working for a cell phone manufacturer. Three days later he had tickets for Helsinki. He took the job at Nokia; company headquarters were in Finland but he worked out of a plant in Texas.

There he implemented reliability and life testing, which essentially meant seeing if the staff could break the phones during the popular “shake and bake tests.” “I had people lining up to work in that area,” Bossert says. In addition, he simultaneously implemented both ISO 9000 and ISO 14000 throughout the Americas region. This included six design centers and four manufacturing locations (two in the United States along with one in Mexico, and one in Brazil).

After Nokia, he went to GE Mortgage Insurance, followed by the Six Sigma Academy in Scottsdale, AZ. His clients included companies such as Ford Motor Company, Johnston Controls, and the Lear Corp.

Then it was on to Bank of America, TDAmeritrade, back to Bank of America as a senior vice president, the American Supplier Institute in Detroit for automotive improvement projects and JPS Health in Fort Worth, TX.

Today he is a quality consultant for companies around the world—earlier this year he was working in Belgium—as well as an adjunct faculty member at the University of North Texas Health Center where he teaches a graduate level lean Six Sigma course. He previously also taught at Rochester Institute of Technology with classes such as design of experiments and process analysis, as well as basic statistics. Teaching and helping others—not just in a professional capacity—has been a constant throughout his career.

“He’s not afraid to share what he knows with people. He’s not trying to hoard his knowledge,” says Roderick Munro, a longtime friend from ASQ. “Whenever I have a question on Six Sigma nowadays I go to Jim.”

In addition, Kubiak says that when Bossert is leading a project, he’s willing to get his hands dirty. He focuses on results, and understands how to lead without causing “a trail of devastation and destruction.”

His work with ASQ has also impressed Kubiak. “His dedication is off the charts. He’s been involved for somewhere close to four decades. He’s never afraid to engage in something different. A lot of people will drop into comfort ruts, but he’s never been afraid to take
on challenges.”

“I think the most important thing for people starting off in quality is: everything is cast in Jell-O,” Bossert says. “You can’t be locked in that one way is the only way. Use whatever tool is necessary; the more things you learn the bigger your toolbox gets. In the early days, be a sponge, learn as much as you can. The point is that you pick and choose what the right approach is. The more tools you have to work with, the more likely you’ll come up with a solution that’s acceptable.”

Early in his career Bossert was able to meet both Dr. Deming and Dr. Juran, and his philosophy combines their ideas. He said it’s important to consider what works on the business side, but also to get the team interested in trying new things. “Jump into something and give it a try,” Bossert says. “If you don’t try it, you’re never going to learn.”

For him, the quality perspective just clicked.

“Sometimes you grow into a job,” Bossert says. “I didn’t dream of quality, probably no one does.”

A Good Person to Know

Mike Jones met Bossert about thirty years ago and found him to be brilliant, with an impressive knowledge of statistics and a willingness to share it. “Others are more concerned with impressing you than informing you. He’s the opposite,” Jones says. “He would spend the time trying to help people understand. He’s not out for show. He just gets things done. He’s a very giving, very concerned person. He would help you with anything you asked for, and if he didn’t know, which would be unusual, he would find someone who did.” 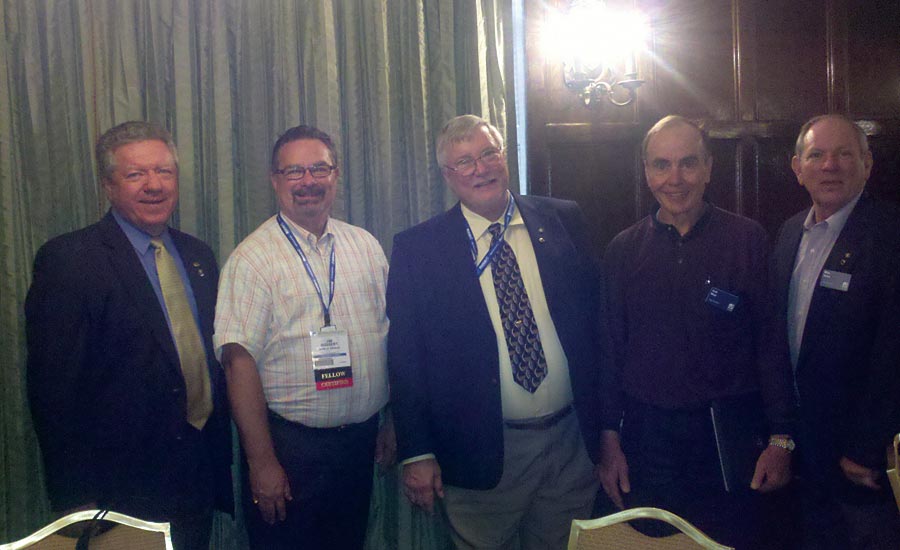 Jones, a past president of ASQ (the equivalent of today’s chairman), worked with Bossert on ASQ projects and also at Bank of America. Since then, they’ve kept in touch over the years, despite the distance between them. Bossert drove several hours from Fort Worth to Tulsa to attend a 50th wedding anniversary party for Jones and his wife. It meant a lot to Jones that Bossert would drive a long way to attend a party with a lot of people he didn’t know. But he said this is typical of his friend.

“He’s a strong, honest, objective and fair person to work with and be around,” Jones says.  “I think the world of him and he deserves this award.”