From the Editor | Darryl Seland

Catching Up on Ketchup

At its simplest, and usually prefaced by the statement “all else being equal,” the price of a good tends to increase when its supply decreases or when the demand for that good increases, and the price of a good tends to decrease when its supply increases or when demand for that good decreases. It makes sense. When there is a lot of something and few people want it, it is cheap. When it’s rare and everyone wants one, you will pay a pretty penny. We can probably all think of an example of the later. If even for a brief time, a type of mania can surround some of these examples—Cabbage Patch Kids, Beanie Babies, Pokémon, Bitcoin.

The “sense” of it can be clearly seen when price, supply, and demand are plotted on a graph. Supply and demand lines will intersect at a point of equilibrium. That equilibrium is where supply of a good perfectly matches the number of people demanding it, providing the equilibrium, or perfect, price for the good. But, as the world knows, nothing is perfect, and there are always “elses” that are not quite equal.

The company will be opening eight new production lines that will begin producing ketchup packets (with ketchup in them).

Particularly if we broaden the discussion to include the question, what affects demand? How do economies, governments, and businesses alike know how much of a good to produce to keep up (or down) with demand? One such economic model that attempts to shed some light is “Guns versus Butter,” a staple in economics classes on the subject.

The model gives two options for goods that could be produced by a nation and/or its economy, guns or butter. A nation at peace would produce more butter to satiate the proposed demand of a society and its citizens during peacetime. However, during times of conflict that demand could change to a citizenry that needs to provide its armed forces with the tools to fight a war, forgoing its need for butter. The assumption here is that there exists a tradeoff between the two goods, in order to produce more of one, you must produce less of the other.

So, even with finite resources, there is another point—not of equilibrium but of tradeoff—but a point at which you could fulfill the demand for one and still provide the other. Like supply and demand, when plotted on a graph, those points become clear.

Which brings us to ketchup. 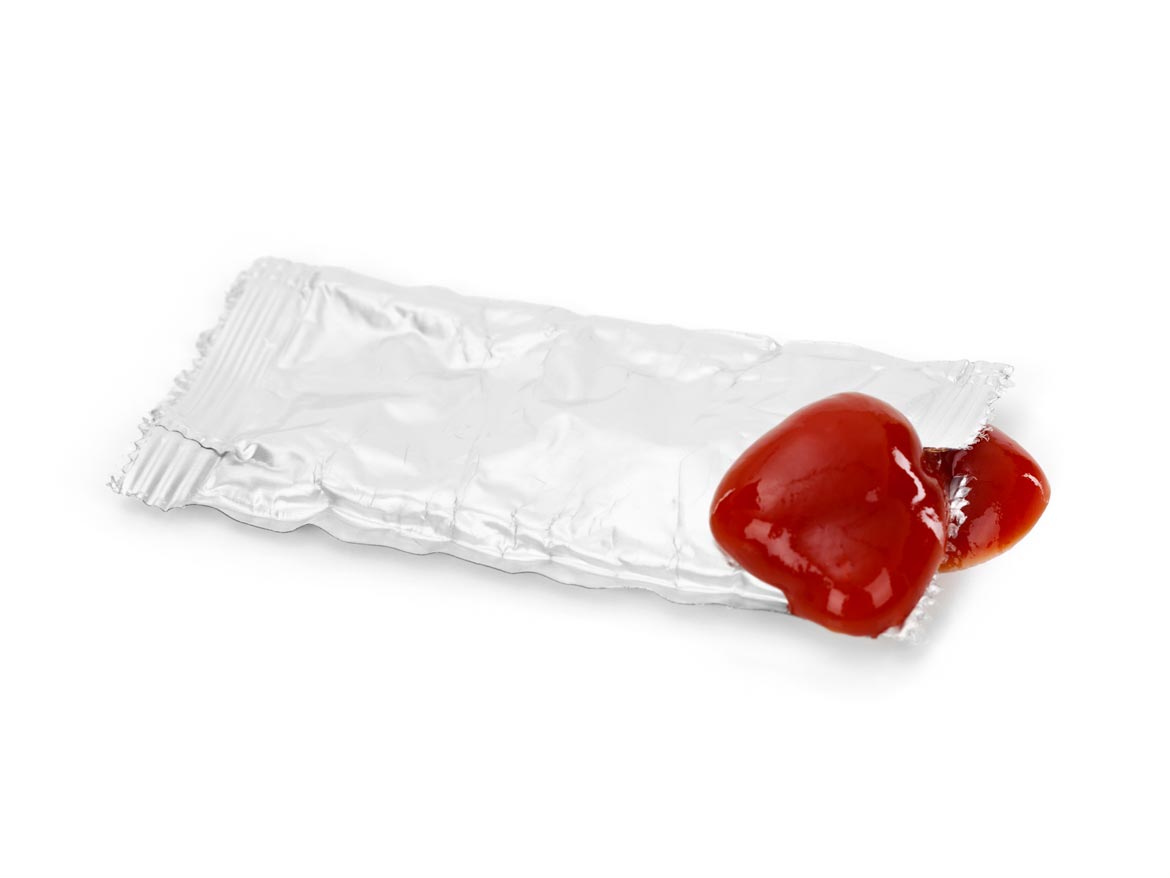 During the pandemic, there was an unanticipated change in demand, not only for a good, but also how that good was packaged and sold. As restaurants were forced to close down their dining areas and pivot to take-out and delivery orders, demand for single-use packets of ketchup skyrocketed. Not only did prices rise, but also the supply of packets dried up and producers and the supply chain were unable to keep up. There were stories of many restaurants resorting to filling single-use cups from their supplies of bulk ketchup to keep up with the demand. At the same time, with more people eating at home, demand for ketchup in general rose as well.

This sudden increase in demand is often referred to as pent-up demand. It’s similar to when we talk about pent-up emotions. People describe, or are often described as having, held in an emotion so long to a point where they “explode.” The same can be said for demand for a certain good.

The good news is that on June 14, as one of the world’s largest producers of ketchup, Kraft Heinz CEO Miguel Patricio said the shortage will soon be coming to an end as the company will be opening eight new production lines that will begin producing ketchup packets (with ketchup in them), probably by the time you read this.

Even better news is that Quality has articles to share with you on how manufacturers are handling COVID’s effect on demand as well as the results of our annual survey on the state of our profession. So check out “A Guide to Mechanical Testing of Paper and Plastic Packaging Materials,” “The State of Quality,” and everything else we have to offer in this month’s Quality.

Enjoy and thanks for reading!

Darryl Seland is the editorial director of Quality magazine.