Too Much or Not Enough? 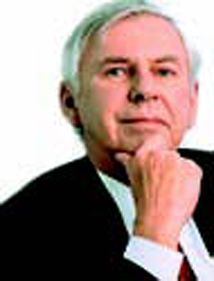 There are a number of documents dealing with the calibration of thread gages purporting to be “standards” that are really more like training manuals. There is a need out there for this information but invariably, instead of sticking to the metrology involved, they delve into quality decisions and things start to come off the rails.

Some of this material is very well illustrated through drawings and/or photos which makes them more user friendly than comparable recognized standards from which some of their material is derived.  However, their recommended practices are often predicated on assumptions that have little or no factual basis and conflict with the purpose of the calibration process.

An example of what I’m referring to concerns what should be calibrated on a thread plug gage. The suggestion is everything when it’s new—the initial calibration—and pitch diameter only on subsequent calibration. The theory behind this implies that pitch diameter is the element of the gage that will change the most through wear. In a perfect world this would hold true a lot of the time, but it won’t all of the time since we don’t live in a perfect world.

This reduced calibration concept might cost less but is risky and would only be allowed if the gage user retained the initial calibration report. This cheap and cheerful approach to calibration overlooks too much to be valid. Herewith some reasons why:

Many gage users have trouble finding reports on their gages that are only a few months old and many of those reports are not detailed enough to be a benchmark.

The scheme assumes that the ‘initial’ calibration was properly done. If it wasn’t, a simple, single element check later will not reveal this situation.

Thread form and pitch may be perfect when new but use and abuse take their toll on them as well as the pitch diameter. These problems are accelerated when the gages are being applied with poorly designed power driven devices. The pitch diameter may seem okay but the form distorted due to product material loading up the gage.

In a perfect world the major diameter of the thread plug gage should not contact the part and thus will not wear. But often the reverse is true because the product thread is not a perfect mating part. This, accompanied by dirt or chips in the product thread, could see wear occurring when a gage with a good pitch diameter is forced into products with inadequate relief.

Another question that arises is: What will be considered the “initial” calibration? Some will insist that generic bits of paper supplied free with a new gage saying everything is okay will be suitable. This assumes that makers of standard thread plugs check every element individually. When you look at their low cost and know what it costs to do such calibration you quickly realize this is highly unlikely for gages produced in volume. In lieu of this, it is suggested that the first detailed calibration a gage receives would be deemed the “initial” calibration. Hopefully, this would be done by the maker of the gage as opposed to an independent lab that may not have adequate equipment to calibrate pitch. Now I’m getting into the assumption business. My experience has shown that the maker of the gage may not have the right hardware for this either.

The level of data detail on the benchmark “initial” calibration may be woefully inadequate—even in a perfect world. For example, few companies will pay for what is referred to as a long form certificate, preferring the lower cost short-form “cert.” Initial or subsequent reports that list required feature tolerances but only report pass or fail for each element calibrated are essentially useless.

I won’t make this any more depressing by dragging measurement uncertainty into these notes but the documents I refer to often play fast and loose with it as well as the metrology.

So how much calibration is enough? The more you know about a gage, the chances of getting into trouble are dramatically reduced. But if you believe the odds of having problems are in your favor, go for it. You might want to check how the odds generally favor you at your local casino.

Hill Cox is president of Frank J. Cox Sales Ltd. (Brampton, Ontario, Canada). He may be reached at hill@frankcox.com.

Other Dimensions: And the Other Answer is...

Other Dimensions: The Other Stuff