Quality tools remain important no matter what you call them.

During the oil embargo, as drivers lined up at gas stations, the market for small cars took off. Mark Lindsay worked at Ford at the time, and he recalled that a small group went to visit W. Edwards Deming to find out what the company needed to do to become competitive. Deming told them, “Focus on the process, use statistics to understand the process and reduce the variation around the target.” 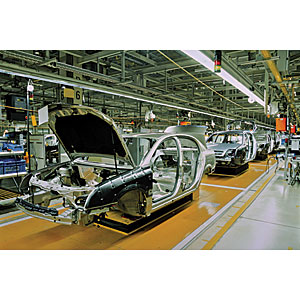 Lindsay says that a vice president addressed employees after the meeting, saying, “I have no idea what that means, but that’s what we’re going to do.”

Although this advice is more than forty years old, the idea still holds true. Equipment has become more complex and data is everywhere, but the same basic ideas around quality still offer value.

If you’ve been in the quality field long enough, you’ve likely heard a lot of different terms thrown around. Perhaps you’ve used quality circles, total quality management, Six Sigma and lean. While the ever-evolving terminology may seem like a distraction, this can actually help improve quality by drawing more attention to it.

And ignoring trends could actually hurt your company. As Garth Conrad, vice president of quality, spinal, at Medtronic Inc., says, an insular approach to your work won’t lead to improvements. Benchmarking and best practices require looking outside the walls of your facility in order to improve the business.

Today, there has been some renewed interest in certain areas. Big Data was a buzzword at IMTS this year, and is something to watch. Here are a few other areas that might help your business and provide inspiration for your quality program.

Focus on the Quality Principles

“Since the quality revolution, we’ve seen a lot of change,” says Carl Williams, associate professor, coordinator for graduate studies at the University of Memphis. He mentioned Deming’s interview on 60 Minutes. “Before that we were doing a lot of sampling. Now that is greatly reduced, and people are trying to do more process control.”

In addition, Williams said that Geometric Dimensioning and Tolerancing (GD&T) seems to attract more attention lately. Although this isn’t particularly new, he notes that more people seem to be using it.

Along with the interest in GD&T, it seems that companies may be going back to the basics.

“One of the things I’ve started to hear in the industry, not just medical device, is the shift toward more quality principles,” says Conrad. He said in the past ten years, people were focused on compliance to the standards, but along the way they seemed to lose some core quality principles. But in the last year, he has seen a shift back to the core quality engineering principles and general continuous improvement activities.

Why has this happened? “Frankly, if you step back to when ISO went into place, the hopes were that it would elevate the industry,” Conrad says. “What people have found, while it does improve some processes, it hasn’t given the improvement level to quality that everyone has looked for or desired. Now people are moving away from certification being the end-all of quality improvement and going back to the principles.”

In addition to these core ideas, it is also important to use new tools. Praveen Gupta, director of corporate quality at Prysm Inc., says that quality has been able to improve along with the tools available. “What really has changed is that quality in earlier days was about collecting data and analyzing it,” he says. “Sample sizes were based on what was manually possible.”

Today, obviously, that has changed, Gupta says. “Quality is all about the data analysis.”

He also has observed differences across the country in quality trends. In the Detroit area, he noted that quality improvement is more about operational efficiency, whereas on the West coast, companies focus more on speed of the performance.

But no matter what part of the country you’re in, Gupta says, companies want quality staff to be adding value. Thus, Gupta says, “Quality professionals need to add new tools to the toolbox: database skills, creativity to create unique quality solutions and be responsive to market requirements of their business.”

One way to add value includes statistics. Mark Lindsay, seminar leader and consultant at e-MRI, says that because of his background in statistics, he has been getting more interest in applying the deeper statistical tools.

While the statistics involved often scare people, Six Sigma can help improve a quality program. During the Jack Welch era, Six Sigma was such a buzzword, says Conrad. “Everything you did, if you ended the sentence with Six Sigma, you got the focus of management as a whole,” Conrad says. Today, “process improvement is what you’re driving after.”

Although it might be trendy to say that Six Sigma is over, this is not the case. As Lindsay says, “What has happened is that a lot of people saw Lean Six Sigma as an avenue for growth within their profession. A lot of those people were not statistically oriented. They gravitated toward what was easier, comfortable. Lean, in my opinion, is organized common sense, a lot of it. Usually it doesn’t require a lot of analysis.”

“A lot of the Lean Six Sigma teams have become more lean. For two reasons: lean is where low-hanging fruit shows up. Many of the practitioners today are more comfortable in that area.” But the downside is that although it might be easier to implement, sometimes this won’t actually improve the bottom line, Lindsay says.

“Six Sigma is where you can really listen to the process,” Lindsay says. “The process indicates what’s happening and how to improve. The benefits are tremendous. As you probably can tell, my bias is heavily toward Six Sigma. Six Sigma brought structure to the improvement process. That structure leads to and promotes improvement.”

But no matter what type of program you decide to use, consistency is more important.

In the future, Conrad envisions more data analysis and more predictive analysis being used. But the same rules of management engagement will still apply.

“If you look at any quality movement, I don’t care which flavor of the day it is, most of them fail because lack of management engagement,” Conrad says. “The old saying from the quality realm is: never waste a good crisis. Unfortunately a lot of companies don’t get religion or buy into initiatives and drive improvement until something goes terribly wrong.”

When a crisis occurs, such as a recall or warning letter, change is easy, Conrad says. “What’s difficult is to try to drive change when there is no crisis.”

But even without a crisis, smart companies would do well to look outside their business for improvement ideas. “Can you continue to drive improvement within a facility without looking external to the facility? My answer to that is no,” Conrad says. If you aren’t looking around at other companies and industries, you are falling behind, he says. “I think there is competitive advantage to understand the trends, whether quality or compliance related items.”

Along those lines, Conrad is working with the new Medical Device Innovation Consortium, a group made up of stakeholders from industry, patient advocacy groups, and the FDA that is working to improve quality. The intent is “how do we shift from a pure compliance mindset to one that is on the product or service being provided,” Conrad says.

The Next Big Thing

It seems to be human nature to wonder about the next big thing. But it may not be here yet. As Gupta says, it’s difficult to say what comes after Lean Six Sigma because “Six Sigma was developed as a comprehensive collection of all the tools.”

However, he notes that the importance of quality continues to increase. “Before quality was more like a philosophy and state of mind,” Gupta says. “Now quality has become a necessity. It needs to be integrated into the corporate culture. We need to change our perception of quality of good or okay product to excellent and perfect. We need to remove the concept of being acceptable to being on-target.”

Continuous improvement is a priority for our 2018 Quality Leadership 100