A Look at Quality’s Past

Let's look back at some of Quality's anniversaries.

With 2017 upon us, “Speaking of Quality” will take a look back to a few of quality’s anniversaries. Three particular anniversary years stand out as monumental for the advancement of quality methodology and in unifying the community. 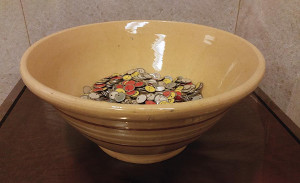 “Shewhart simulated theoretical models by marking numbers on three different sets of metal-rimmed tags. Then he used an ordinary kitchen bowl—the Shewhart bowl—to hold each set of chips as different sized samples were drawn from his three different populations. There was a bowl, and it played a vital role in the development of ideas and formulation of methods culminating in the Shewhart control charts.”

1947: Statistics, Engineering, and Economics Together

Walter Shewhart, the father of statistical quality control, was already well known by 1947. Having worked at Western Electric (1918-24) and still employed with Bell Telephone Laboratories (having started in 1925), Shewhart, an engineer by trade, was interested in statistics. In particular, Shewhart was interested in determining how statistics, engineering, and economics come together in one discipline. His game-changing work, “Economic Control of Quality of Manufactured Product,” was published in 1931, thoroughly discussing the foundational principles of quality control. “Statistical Method from the Viewpoint of Quality Control,” popular within the statistics community, was published in 1939.

It was no surprise then that the members of the new American Society for Quality Control (now ASQ) held Shewhart and his ideas in high regard. In 1947, Shewhart became the association’s first honorary member, claiming the genius one of their own.

Twenty years later, Shewhart was retired, observing the next wave of quality thought leaders until his death at 75. The same year, Joseph M. Juran published the mammoth tome, “Management of Quality Control,” revolutionizing the quality profession and pointing it toward the 21st century. Juran called for quality to exist throughout the organization, not within a department. Fifty years on, quality and business management professionals are still reading the words of Juran and putting his ideas into practice.

Another step in quality’s evolution occurred in 1987, after the death of a U.S. cabinet member. Malcolm Baldrige served as President Ronald Reagan’s Secretary of Commerce when a rodeo accident cut his life short. Later that year, President Reagan signed into law the Malcolm Baldrige National Quality Improvement Act of 1987 (Public Law 100–107). The federal act created a means—through the Baldrige Performance Excellence Program and the associated award—to celebrate manufacturers’ excellence through an organizational framework for improvement. Known as a stickler for detail and being a colorful character, Baldrige’s legacy is this prestigious award, now presented to organizations in every industry.

While 1967 and 1987 are only two years in modern quality’s rich history, the events described above and the people involved have had lasting effects on the quality profession.

The Baldrige Performance Excellence Program, along with other methodology advances (Six Sigma, lean) and focus on standards, propelled Juran’s and Shewhart’s ideas that quality didn’t sit within one department—that everyone from top management to the shop floor needed to be engaged in organizational improvement through the use of data.

What Goes Around: A Fresh Look at Quality from a Lean Perspective

A Fresh Look at Cost of Quality

50 Years of Quality: A Look Back at Laser Measurement