Interfaces in Machine Vision: A Newcomer Disrupts the Market

Two interfaces—GigE and USB—have been dominating the machine vision industry for the last five years. One supports long cable lengths and easy integration of multiple cameras, while the other offers higher bandwidth and true plug-and-play convenience. For applications needing the highest levels of performance, the interface of choice has historically been Cameralink. But the torch may finally be passing to CoaXPress 2.0. The release of the new CoaXPress 2.0 standard in 2018 opens new dimensions for high-speed applications, providing a bandwidth up to 12.5 Gbit/s, which is twice the throughput of Cameralink.

Gigabit Ethernet allows the longest copper cable lengths—up to 100 meters. This is especially important for applications where the computer cannot be placed in a close proximity to a camera. For example, in intelligent traffic systems the camera can be situated on a pole above the roadway while the computer is positioned street-side.

GigE also simplifies the usage of several cameras with one computer. Ethernet was designed from the ground up to network many PCs, and the same concept applies directly to cameras. Several cameras can be connected easily to a single computer. Here, the cable length also comes into play when several cameras are installed at different places over the shop floor and some cameras are further away from the computer than the others.

The synchronous triggering of several cameras, i.e. instantaneous capturing frames by several cameras at the same time, is a big advantage of GigE. With other interfaces, like USB, multi-camera setup is also possible, but requires more development time and provides less timing precision.

Unlike cameras with older interfaces, GigE cameras do not require a frame grabber, the electronic device within the PC that collects data from the camera and assembles it into an image. This also reduces system costs, since the frame grabber can cost as much as the camera or more.

Perhaps the only major limitation to GigE is its bandwidth. GigE supports in theory 120MB/sec, and in practice, roughly 110MB/sec maximum. This is where USB 3 takes over. 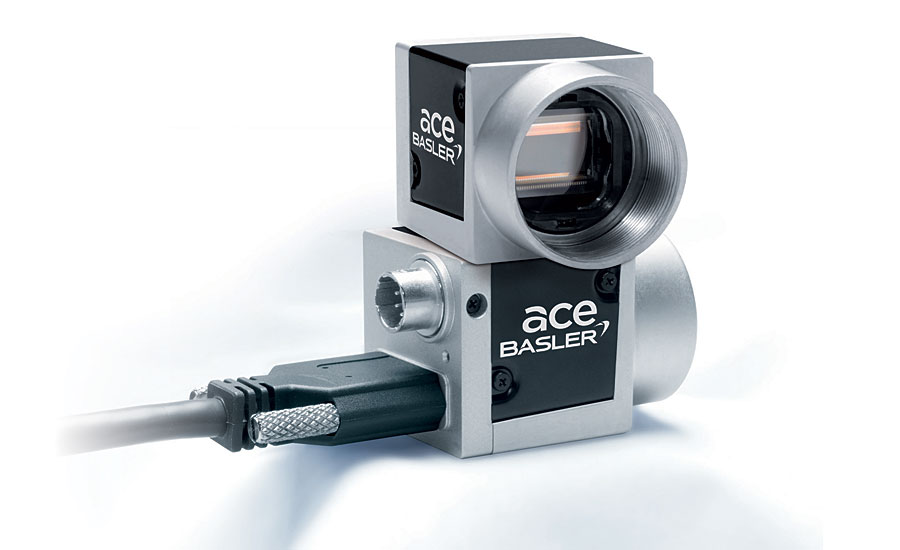 The USB 3 interface is another staple of industrial machine vision. It has also been developed by the AIA and released in 2013. Many cameras currently are based on the USB3 Vision standard, which adapts USB 3 to the needs of machine vision. The major advantage of USB 3.0 is that it can provide relatively high bandwidth without the need for a frame grabber. At 350 MB/sec typical, USB 3 is roughly triple the bandwidth of GigE.

Another strong side of the USB 3 is its plug-and-play characteristics. This is instantly familiar to users, as it offers the same level of convenience as USB hard drives, webcams, etc.

The USB3Vision standard goes a step farther too. It defines specifications for data integrity, performance, and even cable connections to meet the needs of machine vision applications. This means that software and hardware can easily be interchanged among various vendors without the need to re-qualify equipment.

And the third big advantage of the USB interface is the single cable solution which provides for both data and power to be transferred over one cable. GigE is able to provide this in some cases with the right hardware, but USB offers this natively. This reduces cable clutter and system costs as well.

Altogether, this means that while GigE is by far the most common mainstream industrial camera interface today, USB 3 enjoys status as the fastest-growing in the market.

When the bandwidth of USB3 is not enough, CameraLink comes into play. CameraLink is a standard born completely in the machine vision world and does not make use of consumer-based interfaces like GigE and USB. It was actually the first such standardized interface for machine vision, specifying communications, data transfer, and so forth. As such, in its highest-performing configuration, it supports data rates up to 850 MB/s, much faster than most consumer-based interfaces.

For example, CameraLink has become the de-facto standard interface for high-speed line scan cameras, where a large amount of data is always produced. It does however, require a frame grabber to handle such high data rates and adapt this interface to a normal PC, so the overall system cost can be quite high.

CameraLink is extremely field-proven, but it does date back to the early 2000s. So over the years efforts have been made to develop the next-generation of high-performance interface. And especially in just the last few years, CoaXPress has emerged as the most attractive migration path. 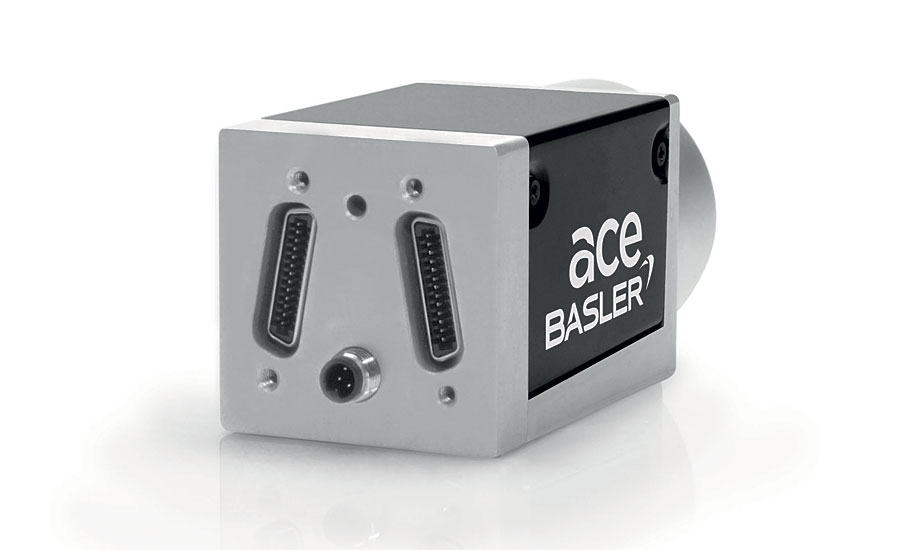 CoaXPress, first developed by an international group of companies in 2011 and hosted today by the Japan Industrial Imaging Association (JIIA), combines the coaxial cable with high-speed serial data technology. And in 2018, it receives a very significant makeover. The new CoaXPress 2.0 standard, to be released in 2018, will support bit rates of up to 12.5 Gbit/s over a single coaxial cable from camera to frame grabber. That is over 1500 MB/sec, almost double what CameraLink can provide, and over ten times more than GigE.

This high throughput opens up a new dimension of options for camera users in the so-called “performance segment.” Higher bandwidths allow customers to make use of today’s higher-performing image sensors, and it allows the sensor manufacturers the freedom to bring to market tomorrow’s high-resolution and high-speed technology. Already the leaps in sensor design have been dramatic in the last few years. With the advent of CMOS technology, sensors can run faster, be larger, and have even better image quality than yesterday’s CCDs, all at much more attractive prices.

Of course, more data means that more performance is needed for image processing. And so the frame grabber gets a makeover too. Years ago, a frame grabber was used to simply acquire the image from cameras using interfaces like analog, LVDS, and early CameraLink. But over time, the grabber has morphed into a true image processing device which frees the host PC’s resources and provides tremendous real-time processing capabilities. On-grabber processing is already commonly found in CameraLink applications.

And with CoaXPress 2.0, the frame grabber’s role expands even more. The new standard provides for a “multicasting” of sorts—a single camera can provide its image stream to multiple frame grabbers, even if they are placed in different PCs. This has the potential to boost a system’s processing power in ways no other can match.

CoaXPress and CoaXPress 2.0 also address the cable-length needs of performance-segment users. Twenty meters is supported at its maximum speed, which is longer than USB 3 and CameraLink (5 meters for both). And it will be a single-cable solution, allowing control, streaming, triggering, and even power over one cable.

The downside of course, is that this high-performance does come at a price. A CoaXPress 2.0 vision system will be significantly more expensive than one with GigE or USB cameras. But even this can be manageable. The technology will replace some of the CameraLink applications, where the price is similar, but the performance is lower. And as CoaXPress falls under the same GenICam software standard as USB3Vision and GigEVision, an OEM can save some development time and cost when expanding their systems to support higher-performance demands from their customers.

Overall, all three interfaces—GigE, USB and CoaXPress 2.0—will coexist on the market in the near future. GigE still dominates the industry in terms of market share, multi-camera applications, and cable length. USB 3 wins where plug-and-play ease of use is paramount. And CoaXPress 2.0 will be the go-to interface for the high-performance applications. Q

How to Choose a Machine Vision Camera

How to Choose a Machine Vision Camera

The Future of Machine Vision Interfaces