A big selling point of recent iterations is seamless integration into a user’s work process.

Compared to CMMs and articulating arms, laser trackers constitute a fairly young technology. In use for about 30 years, these increasingly portable and flexible devices are known for measuring large objects by determining the positions of optical targets, usually spherically mounted retroreflectors (SMRs) that a technician holds up against the objects.

Today, the process is much easier and faster than this, with a higher level of accuracy.

Over the years, a handful of breakthroughs have redefined the laser tracker market. One was 6 degrees of freedom (6DoF), a capability in development since the late 1990s that around a decade ago began enabling laser trackers to measure hidden and hard-to-reach areas. Many tracker manufacturers produced their own 6DoF solutions, such as FARO with the 6-Probe and Hexagon Manufacturing Intelligence with some of its Leica Trackers.

The next big change arrived in March 2019, when Hexagon MI introduced the Leica Absolute Tracker ATS600. Billed as “the first-ever direct scanning laser tracker,” the ATS600 can accurately scan surfaces from up to 60 meters away, without the need for probes or targets. The tracker simply identifies a scan area within its field of view and then creates a sequentially measured grid of data points that define that surface.

Modern trackers are impressive for how they speed up and simplify the measuring process. Surfaces that used to take hours to scan manually can be digitized in minutes, while previously tricky areas can be measured easily in a single pass with automatic adjustments.

These days, automation is expected but still evolving, says Sung-Ho Moon, director of product management and marketing at FARO. A typical laser tracker in 2019 is undeniably smart: “knowing its operation status and conditions, guiding users on how to do correct data acquisition, and [running] preprogrammed routines without human interventions,” says Moon. He also sees laser trackers becoming more critical to the total manufacturing process, with more demands on the expendability of the system, including interoperability with other systems, flexible configuration, and implementation into in-line and off-line inspection processes.

The Rise of Robotics

Innovations in progress include 7 degrees of freedom (7DoF) and real-time machine control, in which a laser tracker can constantly monitor and drive the position of a robot’s end effector. Testing to perfect these capabilities is currently underway, says Joel Martin, product manager for Leica Geosystems Metrology Division.

The Kraken Project is a notable example. A European initiative centered on integrating additive and subtractive manufacturing technologies, Kraken incorporates the Leica Absolute Tracker AT960 and Leica T-Mac sensor. 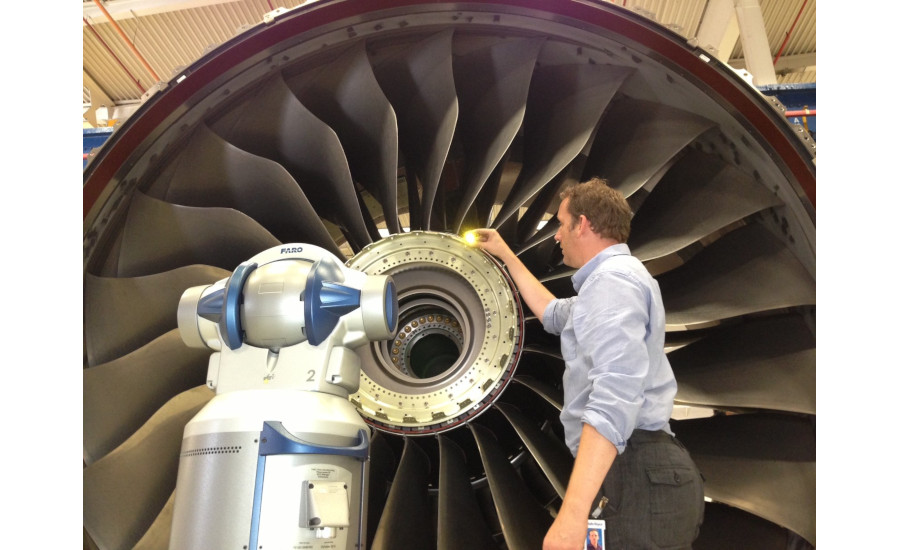 One of the project’s aims is to take a commercial off-the-shelf (COTS) robot, hang it from an overhead crane that is normally used for moving pallets and parts, and perform an accurate manufacturing task at the robot’s end effector. “And the only way to do that is to have a real-time feedback loop of what’s going on at the end effector,” Martin explains. Utilizing the AT960 and the T-Mac, which is the machine control end effector, “they run a real-time interface,” he continues, “so that the laser tracker is now correcting the end effector position of the robot in real time.”

Clearly, laser tracking is no longer confined to following an SMR on the surface of a part or fixture. It’s gone into all aspects of industry,” Martin says, as well as into the smart factory.

According to Martin, Hexagon is focusing on new sectors, beyond the traditional aerospace and automotive opportunities, for the ATS600. “Huge applications” are opening up in the construction of buildings, ships, nuclear submarines, and railways, owing to the massive steel weldments that must be brought together and the amount of inspection required.

Specifically, Martin points to trends in pre-fabricated steel construction, “where they’re trying to essentially put these steel buildings together like an Erector Set,” and where “there’s very little manual rework of the steel.”

The overarching trend here is to streamline the building process, “and in order to do that, all of the inspection and metrology processes have to flow downstream,” he says. “You’ve got to get to a point where you know that the steel fabrications are built to a higher level of accuracy.” With literal lives on the line, “you need to know that the foundations—and the bolts that are set into the foundations for these steel structures to bolt onto—are set accurately. So, we’re starting to bridge this gap between what we would look at as traditional land surveying or geodesy work, and what we would look at as industrial or metrology work, and bringing those two workflows together.” 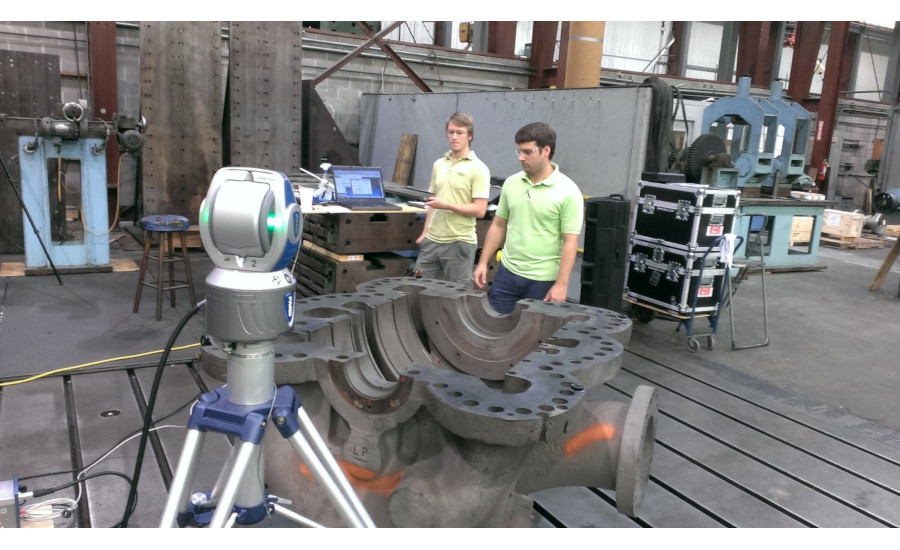 FARO’s portable Vantage Laser Trackers utilize ActiveSeek technology, which allows the tracker to find and follow its target even after the user passes behind obstructions. Source: Continental Field Systems, FARO

Modern manufacturing environments are finding ways to bring additive technologies into their daily operations, Moon reports. Ideally, “a miniaturized 3D or 6D laser tracker system could detect and correct critical orientations and nozzle positions,” as well as monitor the part being printed so it’s made correctly the first time, every time. A combination of contact and noncontact laser technologies would also help to bridge the already narrowing divide “between the real world and the virtual world in the manufacturing processes.”

Of course, 6DoF applications have expanded to robot-guided precision assembly and verifications, and laser trackers now regularly interact with industrial robots, machine tools, and many other forms of integrated devices. However, inherited issues include “complexity and incurring high operation costs,” Moon notes. “In the near future, further enhancements and more affordable solutions may close the gaps.”

Like many segments of the so-called Factory of the Future, laser trackers still have room to improve. “It doesn’t really matter what you build; at some point, the customer will want it smaller, faster, and cheaper,” Martin confirms.

At the same time, manufacturers are asking bigger questions, like: “What else can the technology do? Where else can it go? What else can it apply to?” and the growth has been encouraging. More trackers are moving into places where “people have never even thought about a ‘laser tracker’ going,” Martin says, and doing things “that are completely new and completely different than what anybody has done before.” Q