Inspection with the use of industrial X-ray and computed tomography has helped Canyon Bicycles raise the bar on quality and safety.

With more than a billion bicycles thought to be in existence (more than double the number of automobiles), it’s safe to say that a lot of people enjoy cycling.

People across the world are ditching their high-tech cars and trains in favor of this centuries-old method of transportation. In truth, though, there’s a lot more to it than just getting from one place to another. Cycling has become a booming competitive sport, an adventure-seekers transport and one of the best ways to burn calories.

Improvements in cycling safety, such as encouraging helmet use and creating protected bike lanes, have helped encourage more and more people to hop on two wheels and go for a ride. Today’s bike manufacturers are also tasked with making products that are safe and reliable whether it’s just for a ride across town or participating in a world-famous race such as the Tour de France.

The booming growth in cycling and next generation bikes will drive opportunities for better inspection techniques from the early stages of research and development through quality inspection of the finished product. This article will focus on how inspection with the use of industrial X-ray and computed tomography (CT) has helped well-known German manufacturer Canyon Bicycles raise the bar on quality and safety in their road, mountain, fitness, triathlon, and gravity bicycles.

As with most successful brands, Canyon Bicycles did not become a household name overnight. It grew out of humble beginnings back in the mid-1980s when Roman Arnold was an amateur bike racer in Koblenz. He traveled to races with his father, a sales rep, who came up with the idea of selling imported bicycle parts from Italy. At first, they sold the parts out of a blue trailer emblazoned with the name Rad-Sport Arnold which they towed around with their family car. When his father died a couple of years later, Roman and his brother Franc began selling bicycles out of their family garage. This effort quickly led to the opening of their first official bike shop in 1985 where they sold a variety of brands. Roman’s passion for cycling, and his unwavering courage to adopt an innovative digital business model were key to the brand’s overwhelming success. Arnold was the first to develop a direct-selling model for bicycles, eliminating the middle-man and delivering products directly to the consumer. This meant they could provide everything under one roof including development, production, assembly, sales and service. In 1996 the first Canyon bike rolled off the line and into the hearts of cyclists throughout Europe. 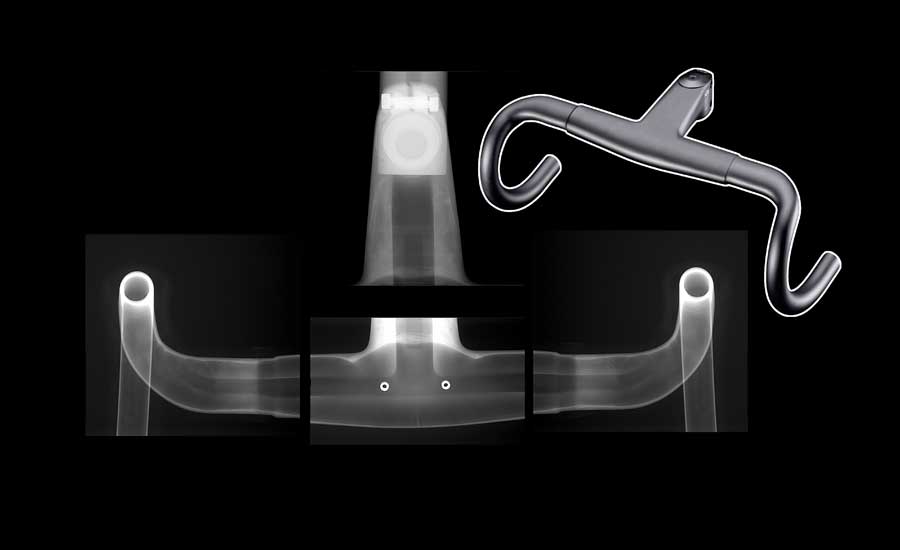 CT is the best and most accurate NDT method to authenticate the actual design and build quality of the part.

Canyon quickly became one of Europe’s largest bike makers, but it wasn’t until 2017 that an American customer could order a Canyon, and have it delivered directly to his or her house. American cyclists welcomed the brand with open arms and are largely impressed with the high quality of the bikes and ease of assembling at home.

Today, Canyon is among the world’s leading racing bike companies and holds multiple pro tour victories. The German company manufactures high-end road, mountain, triathlon, fitness and commuter bikes and sells in more than 100 countries. Since there’s no middleman between Canyon and the rider, it’s critical that every bike delivered is 100% perfect, which begins with quality German engineering.

German Engineering at its Best

Canyon products are developed with the aid of high-tech software by engineers, designers and bikers. Extensive research and testing are performed from their state-of-the-art factory in Koblenz to create frames that are light, robust and stiff.

More than 200 Canyon innovations characterize their bikes, many of which are used as standards on the pro racing scene. The handlebars are made of carbon fiber and uniquely designed in one piece making the bike lighter and stronger than the traditional two-piece combination. The fibers run continuously through both parts providing added security and less stress at the joints. It also improves aerodynamics for a better ride.

Canyon Bicycles are built with safety and comfort in mind. Unique geometric designs deliver more stable handling, better grip and a high-performance bicycle that is safer to ride. The Canyon Perfect Positioning System enables you to determine your ideal frame size based on your measurements, and then a Canyon team member will verify your data again at the time of your order.

All Canyon bicycles are backed by a six-year warranty and a thirty day right of return. This is one of the best in the industry. They can keep this promise of 100% quality by checking every single frame and fork in their own industrial CT scanner. 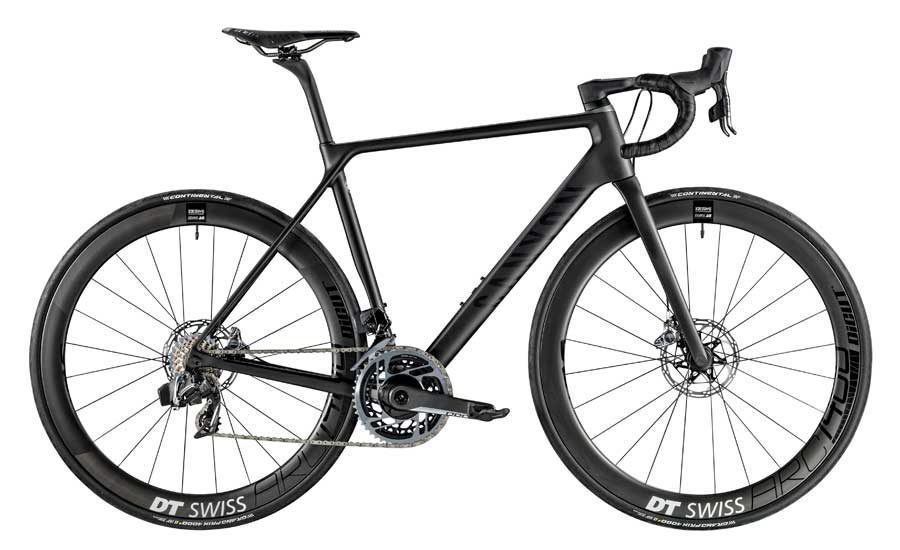 Industrial CT can help to identify important factors in the early development process while there’s still time to modify or change the design.

The Role of Industrial CT in Manufacturing

Many manufacturers and design engineers have adopted industrial computed tomography (CT) to perform nondestructive testing (NDT) on their parts to ensure quality throughout the R&D and production processes. A CT scan produces a 3D volumetric density map. The 3D-volume is generated by the reconstruction of a high number of 2D X-ray images. Many 2D projection images can be combined by powerful software to produce a 3D volume of practically any part, object, or product. This is critical for any application for which a manufacturer wishes to see inside an object without destroying it.

CT is the best and most accurate NDT method to authenticate the actual design and build quality of the part. The enhanced capabilities CT provides result in versatility and product information you won’t find using any other method. CT virtually eliminates evaluation error and gives you a visual understanding of your product that you may have never seen before.

Furthermore, CT’s advanced data allows analysis and programming with speed and efficiency. Design engineers tend to operate in an environment where time is of the essence, where fast, accurate data is crucial. Using CT scanning, most inspection reports can be completed the same day items are received.

Raising the Bar from Testing to Touring

Canyon Bicycles utilizes industrial CT throughout the entire manufacturing process from initial design to pre-production and post-production of crucial parts to raise the bar on quality and safety standards. The three main components most critical to safety are the fork, the handlebar and the carbon fiber cockpit. Canyon applies a very stringent process of inspection for these parts from development to post-production.

“One of the big differentiators of Canyon is our direct selling model,” said Gordon Koenen, director of assembly part management at Canyon. “That means, there’s literally nobody standing between us and the end consumer. We’ve got just one chance to deliver the best quality product to our riders, because there is no middleman to fix something along the way. Industrial CT allows us to ensure that the parts and final product are up to the highest standards before, during and post production.”

Industrial CT can help to identify important factors in the early development process while there’s still time to modify or change the design. Things like weight or surface design can be adjusted to make the manufacturing process smoother and more stable. With ten to twenty new product innovations created every year at Canyon, this is a very important step in the process. 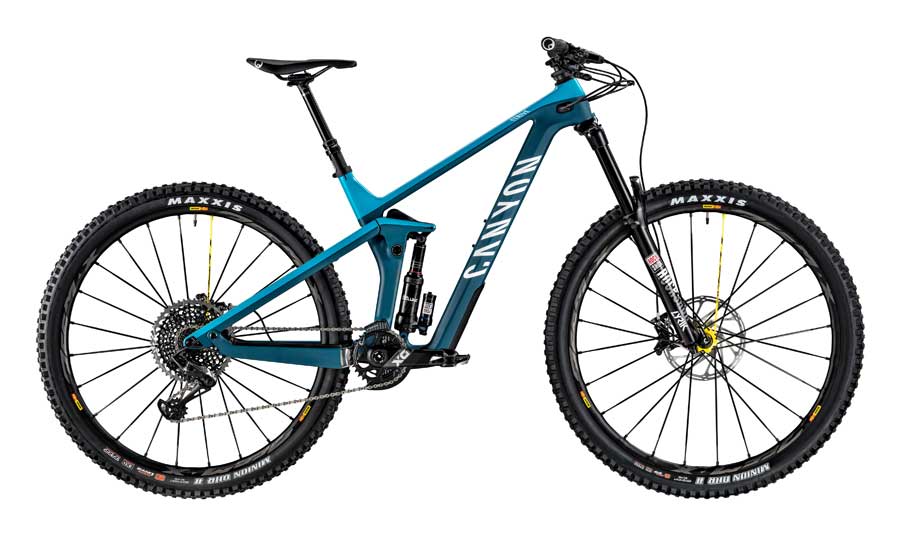 At Canyon, 100% of carbon fiber forks plus CEP stems, handlebars and cockpits on racing bikes are subjected to radiographic inspection. In the event of abnormalities, they are analyzed further using CT before they are passed on in the course of production. Canyon frames are produced in Asia, where the company has a team that carries out a quality-management test. Once the frames are shipped to Koblenz, Canyon carries out a second quality test. Each bike has three barcodes, with two on the frame and one on the fork. Canyon scans the codes through a CT scanner to track production and ensure everything is up to standards.

During quality assurance, bicycle series are inspected in order to guarantee the greatest possible safety for the customer. That’s why Canyon recently installed industrial CT scanners inside of their full base of carbon manufacturers in Asia. That way, they can share inspection programs and results through cloud-based software that can be easily downloaded by all test labs.

When all standard inspections have been passed, all bikes are test-ridden at the Canyon assembly plant before being packed and shipped.

“Since we have implemented this program, the warranty claims we receive is extremely low for the industry,” said Koenen. “Of, course our main goal is to ensure safety for all riders so if one fork is broken, that’s one too many by our standards.”

The booming interest in cycling won’t be slowing down anytime soon and Canyon Bicycles is poised to keep up with the demand for safe and technologically advanced products. Industrial CT has been a valuable tool for Canyon in the pre-production and inspection of critical parts to keep their promise of 100% quality. The demand for more intricate designs as well as lighter parts will increase substantially as cycling trends evolve. As manufacturing demands increase, the need for speed to market is crucial. Industrial CT can help keep Canyon Bicycles pedaling forward.