Eddy current testing has typically been employed for surface and tubing inspections, but it can be employed for much more.

Eddy current testing (ECT) is an electromagnetic testing technique used to inspect non-ferromagnetic materials, and eddy current array (ECA) is an advanced form of ECT that allows efficient scanning over larger areas. Eddy currents are typically used to detect cracks, measure paint and coating thickness, and find flaws in welds, tubes, and plates. However, this nondestructive testing (NDT) technique is also ideal for some unique inspection applications that you may not have considered before.

The high thermal conductivity and stability of graphite makes it a material of choice for the dissipation of heat in advanced electronics components. However, its good thermal performance is highly dependent on the uniformity of its surface. Surface flaws such as cracks, holes or wrinkles will block the propagation of heat through graphite and can drastically lower its efficiency. Unfortunately, visual inspection often misses these small surface defects and lacks the capability to detect internal flaws in multilayer graphite assemblies. 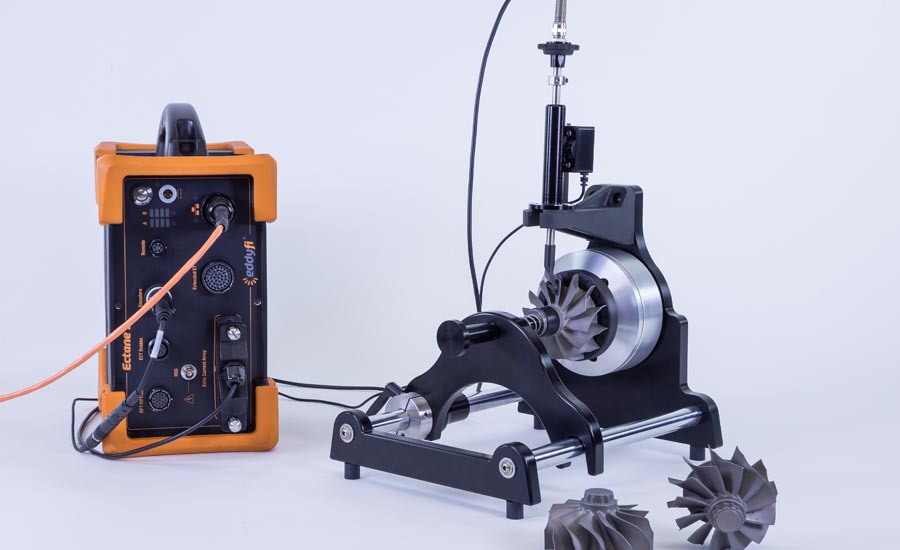 Thanks to the electrical conductivity of graphite, eddy current array can be used advantageously to detect millimeter sized flaws in its surface, even without direct contact with the material. Eddy currents can penetrate through up to a few millimeters of graphite, allowing the detection of flaws in any layer of a stacked assembly. An ECA probe can be installed directly on the production line and inspect up to 2 square feet (0.2 square meters) of graphite per second. Combined with the proper in-line system, the detected flaws can be marked in real time, making the defective graphite easy to discard. Such a use of ECA paves the way towards advanced in-line nondestructive testing in the electronics industry. 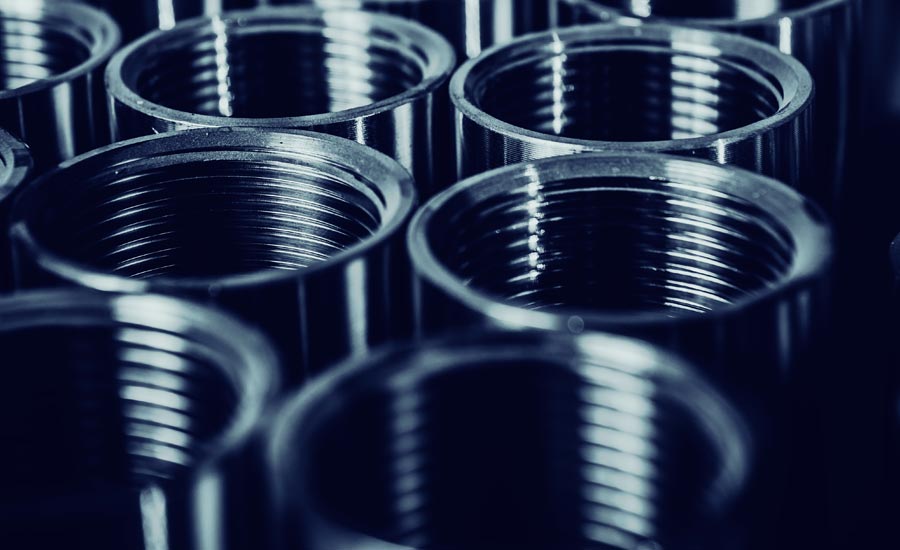 Eddy current testing has proven to be a leading method for NDT of threads.

You may assume that eddy current array inspection techniques are only well suited to simple components such as straight tubes, flat plates or constant profile grooves. However, developing customized ECA solutions for complex applications is possible. One example is the inspection of turbocharger wheel blades. Undoubtedly, inspecting the face of the blades in search of millimeter sized, or even sub-millimeter porosities presents quite a challenge given their highly irregular shape. Furthermore, there are only a few millimeters that separate blades at their roots.

Our solution includes a uniquely designed probe that contains an array of coils offering high-resolution scans of the blades. Its flexibility allows the probe to conform to the varying profiles for optimized performance, while its low-profile design limits the dead zone at the edge and root.

Pairing the probe with a dedicated scanning mechanism makes this inspection solution effortless while providing repeatable data. Although it is manually operated, this device has been specifically designed to remove user dependency from the equation. This is achieved through the rotating scan motion of the probe that is entirely dictated by the shape of the blade, constant spring-load force, an encoder for minimal impact from scanning speed variations, and an automatic locking and positioning mechanism on the wheel itself. 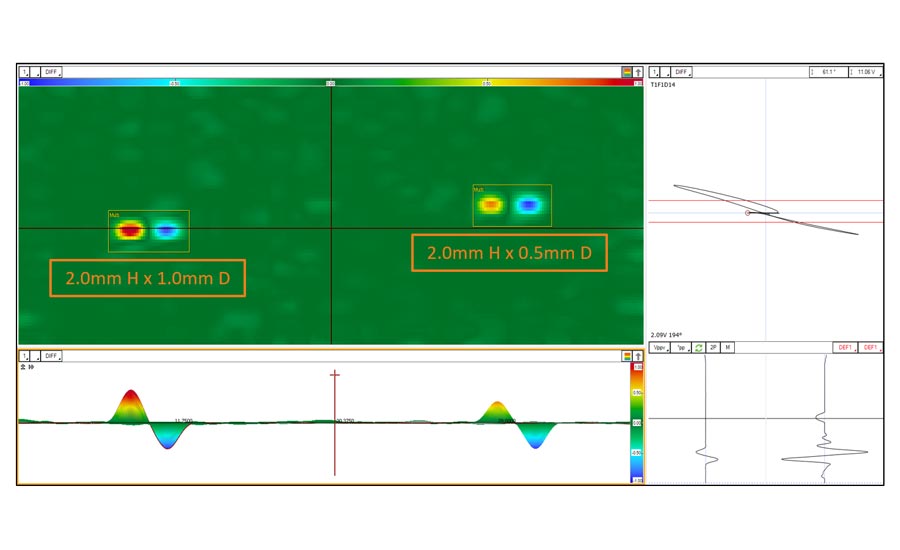 Threading is a mechanical machining process that is often used in industrial applications. This mechanical structure allows different components of a finished product to be joined together. The threaded connections are subject to fatigue damage and require routine inspection to detect the presence of any defects inside a thread that can compromise both the production process and the structural integrity of a finished product.

Eddy current testing has proven to be a leading method for NDT of threads. ECT tools can be used to find partial and damaged threads, incorrect threads, and missing features or anomalies. Faster than thread gages, ECT offers an expert solution for thread assessment. An evolution of ECT, eddy current array offers a major improvement as it covers a larger area in a single pass, making the examination less user dependent and less time consuming. This high-resolution scan is highly sensitivity to small cracks initiating inside a thread, while providing clear 2D/3D images of the part being tested. As a result, the operator can precisely and confidently locate problematic areas and initiate the appropriate corrective actions.

Rivet assemblies constitute the main fixation system for aeronautic and aerospace structures. One of the most frequent issues that occurs in aging aircraft is the formation of cracks initiated at and radiating from these rivet holes. Currently, conventional eddy current techniques are primarily employed to inspect the integrity of rivet assemblies. However, such methods are time consuming, require advanced analysis knowledge, and are extremely user dependent. 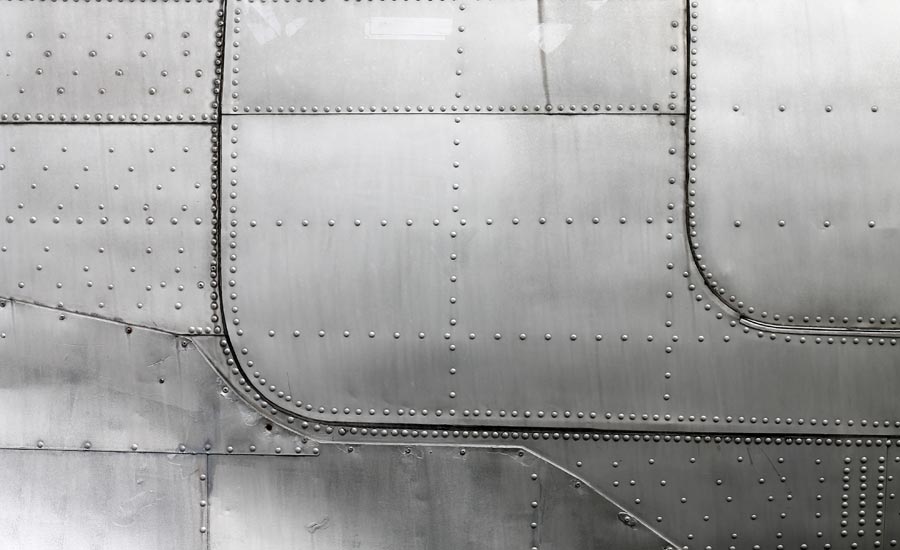 The growing number of operating aircraft subject to increasingly stringent safety standards is a logical rationale for the development of a more efficient nondestructive testing modality. ECA technology offers high-resolution scans of the entire rivet hole surface, thereby enabling complete component analysis in a single pass. As a result, the operator can precisely and confidently locate areas of concern and take appropriate corrective actions.

Advances in the ECA coil arrangement as well as an adapted spring-loaded mechanical design of our probe decreases the edge effect sensitivity—placing particular emphasis on the defects themselves—rather than the undesirable variation noise such as signals from edge effect, layer transition and lift-off.

Improvement of conventional ECA techniques also comes from advanced software. Two-dimensional and 3D imaging provides a clear view of the rivet hole for the operator, while an automatic defect detection tool identifies and highlights defects in the C-scan. Moreover, the software automatically compiles these indications into a comprehensive report. 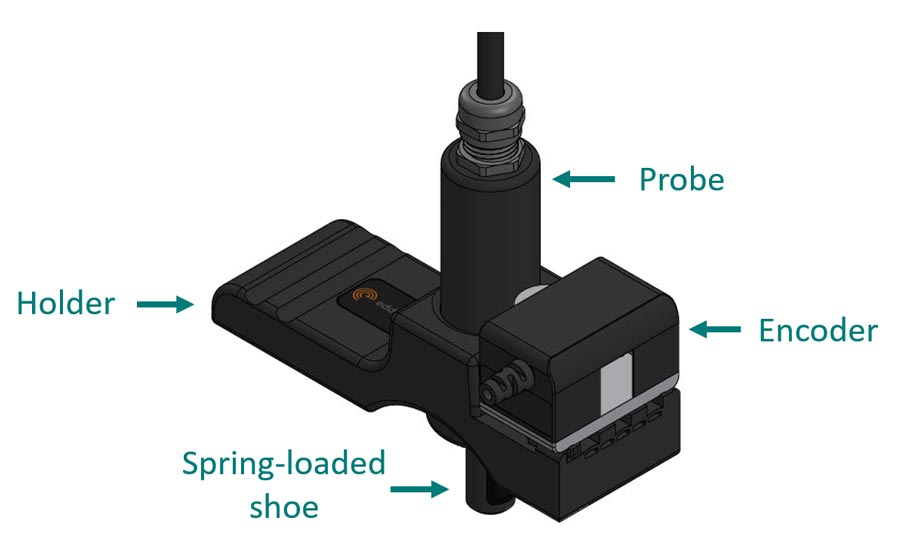 A typical commercial transport airplane frame is 80% aluminum by weight. With the aerospace industry rapidly expanding, aluminum production inevitably follows the same growth trends. Aluminum used in the aerospace market must meet high quality standards to ensure it can endure the expected harsh operating conditions. For example, when cooling down aluminum during thermic treatment with water jets, certain parts of a plate may receive different quantities of water, thereby cooling at a different rate and causing variation in the material properties. These variations can be detected with eddy currents. The real challenge is measuring the conductivity of these regions with high accuracy and without slowing down production.

Measuring conductivity with eddy currents is not new, but the probes you will see are pen-like probes 0.4 inches (10 millimeters) in diameter that must touch the surface. These probes are normally used to measure paint and coating thicknesses on airplanes. 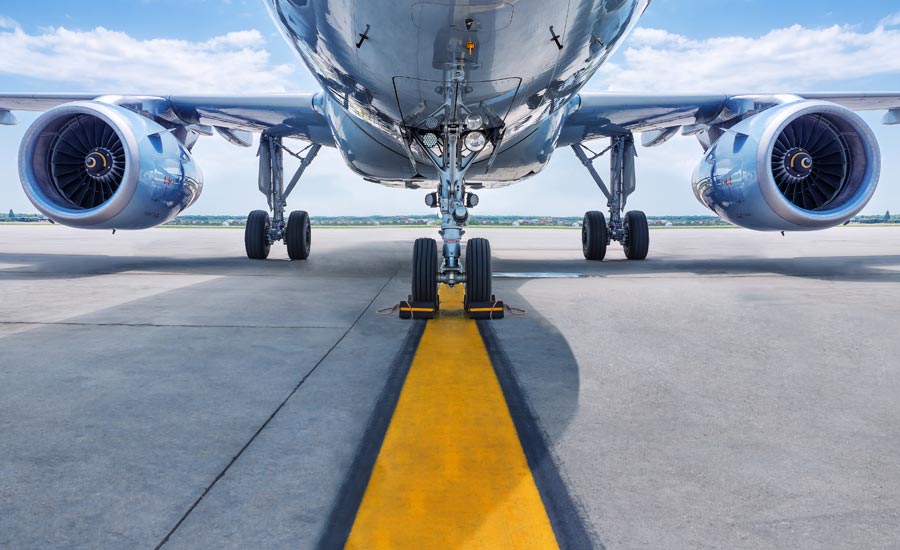 Eddy current testing has typically been employed for surface and tubing inspections, but it can be employed for much more. Eddy current array solutions ensure optimal data collection results for graphite, turbo wheel, thread and rivet hole inspection as well as conductivity measurement. When it comes to your unique inspection applications, eddy currents deserve a second look.

Must Inspect with Eddy Current

Materials Testing Systems in Regulated Environments: What You Need to Know