If it seems that there are more robots out there today, it’s not your imagination.

According to the Robotic Industries Association (RIA), part of the Association for Advancing Automation (A3), “2019 North American robot unit orders are up 1.6% compared to 2018 results, with 29,988 robotic units ordered.” Total order revenue for 2019 was $1.681 billion.

The association states that “the largest driver of the growth was a 50.5% increase in orders from automotive OEMs and a 16.6% increase from the plastics and rubber industry.”

While robotics are on the rise on today’s manufacturing floors, there is a lot more interest in collaboration.

He’s seen interest in machine vision and vision guided motion, which are more mature technologies. Newer application areas of interest are deep learning and using robots to figure out specific orientation of parts, in bin picking applications, for example. There it would be possible for the robot to see an image and understand which component to pick up first, second and third.

He’s also seen interest in other areas such as predictive maintenance, which leverages big data statistical analysis to identify the conditions that might indicate an issue or if an anomaly is observed.

The sheer strength of robots is another draw for manufacturers, such as automotive OEMs who have systems weighing hundreds of pounds. This is obviously difficult for a team of individuals to lift. A robotic system could work safely to help the human operators work more efficiently.

He’s also seen more interest in automation technologies in areas such as e-commerce. This would use an autonomous vehicle to transport inventory as well as a shuttle on a conveyor belt to pick up materials and then another vehicle would move it to another location. “We’re seeing more merging of different aspects of the robots technologies,” he notes.

No matter the application, robots are able to improve quality through consistency. For example, if a robot is programmed to do a single task, you can trust that it will be completed the same way, time after time after time.

And the quality of the robot itself should last the entire lifecycle of the robot, functioning at the highest levels of efficiency. 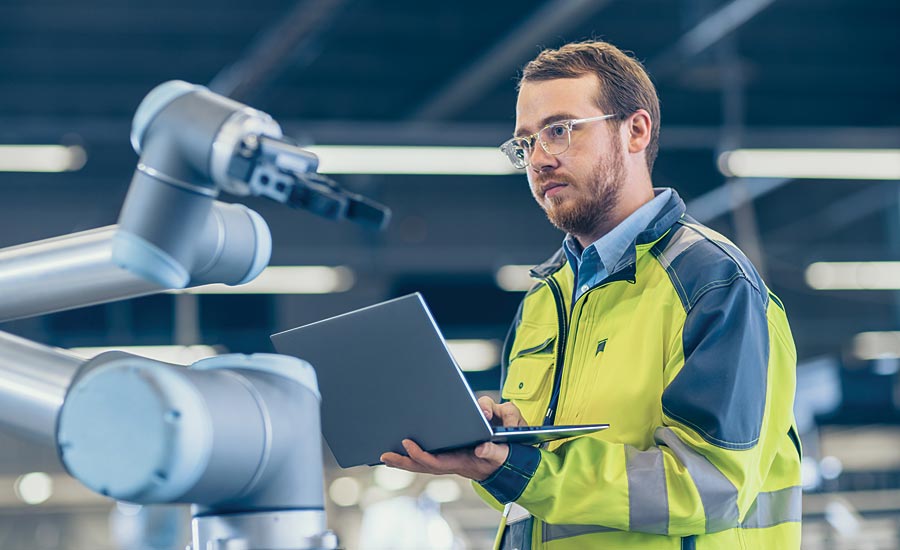 A high performing vision systems or camera system is commonly used for inspection applications, but in some cases, a robot would have a camera mounted on the end effector.

Before implementing robotics technology, manufacturers should keep a few things in mind. “For me, it’s very important for all the OEMs to figure out their business model and justify their investment for automation,” Chang says. He notes that a lot of companies put off the investment, which doesn’t help the business and could have a negative impact. He recommends talking to vendors to find a model that works for you and allows you to get started sooner.

While robots may seem intimidating, vendors often offer a large amount of training and education. In some cases, it may require more specialized skills, but in others, it is possible to get set up with robots without this. “Don’t be afraid,” Chang says.

If you are interested in robotic applications, robotic companies also provide certifications so you can add that skill set to your resume.

The future of manufacturing will no doubt include more robots. It is also likely that they will join newer markets such as healthcare. In addition, the concepts of IoT technologies, cloud-based and mobile technologies will continue to grow, Chang says. While previously an operator may have had to observe an issue with a robot firsthand, now they can be aware of an issue even if the robot is in another plant. With mobile technologies, it would allow “access to robots anytime, anywhere, on any device.” V&S