Define, Measure, Analyze, Improve and Control your way to results.

Perhaps you’ve heard that Six Sigma is fading. In some circles Six Sigma is not the amazing continuous improvement methodology that it was once thought to be. Naysayers say that use of this methodology is falling, and lean programs have taken its place. 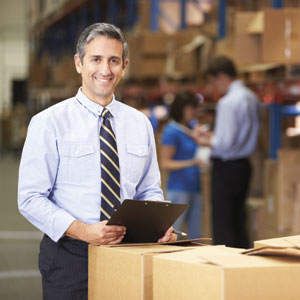 While Six Sigma doesn’t fit every problem and isn’t always a good solution, it does have value. Don Buckingham, vice president of operational excellence at Epalign and a Six Sigma Black Belt, offers this example. He explains that quality comes down to a range of acceptable performance in a process. The goal is to get something in the middle. If you picture a bulls-eye on the ground, and you drop a small ball from the roof, consider how many times you would hit the middle. “The goal is to hit the bulls-eye as many times as possible. Six Sigma is designed to narrow that,” Buckingham says, and the statistical tools, measurement and analysis involved can boost the number of times you hit the target. In addition, Buckingham says it could also help reshore manufacturing to the U.S.

Even those who prefer other improvement methods acknowledge the value of some Six Sigma tools. Here are some ways that Six Sigma may help your company. Learn when, where and how to get the most out of this continuous improvement program.

Define, Measure, Analyze, Improve and Control (DMAIC) is a core theme of the Six Sigma method. Though this acronym is simple enough, some of the more complicated terminology may interfere with finding a solution. Or people simply might not understand what a methodology could do for them. Kyle Toppazzini told me about a conversation he had had only the day before with a client. Toppazzini, author of “Maximizing Lean Six Sigma Sustainability,” president of Toppazzini and Lee Consulting, and a Master Black Belt, was working with a client who told him they only had issues with long turnaround times, so they only needed lean. He asked them a few follow-up questions: “Are you meeting your targets consistently? If the answer is no, do you know why? If not, here’s how Six Sigma can help.”

Toppazzini says he first tries to explain what lean and Six Sigma are used for. He says it is important to understand the differences and the blending of both. But sometimes he hears clients say things like, “Lean is a management philosophy that involves everybody in the organization,” which is the right idea, but can make people think it involves a huge effort as opposed to Six Sigma, which they think can be done on a project basis in small groups. Although this does sound tempting, Toppazzini points out that more benefits will come about when 6,000 people are involved instead of six.

Sue Via, a senior project manager at TechSolve, prefers lean methods (see sidebar),  but when companies want to use Six Sigma, she tries to explain it in a manageable way. It is a way to identify issues and remove them. She will explain everything so people understand the process before getting started, rather than what most people want to do: “jump in and start solution-ing with both feet.”

Via tries to get people prepared before they take action. “I tell people, ‘We’re going to go slow to go fast. If we spend the time upfront, the back end becomes easy.’”

Although the methodology has been around for a long time, Design for Six Sigma has become more popular. This can help address issues in the front end of the process, as soon as they come up, says Buckingham, which in addition to saving money can prevent problems from getting worse.

Buckingham also notes that Six Sigma can help companies deal with quality issues. In the 1980s, only a few companies were using it. Then it became more mainstream in the 1990s and 2000s, as it helped companies with quality. “In this decade, I think it’s a big contributor to reshoring,” Buckingham says. “It’s not only mainstream; it’s a driving factor of bringing this work back into the United States. It’s not optional—you have to have the quality levels. It’s no longer a value-add, it’s the price of admission.”

But for all the potential benefits, Buckingham says people should not have unrealistic expectations. It is a tool, not a cure-all. “If you have a bad business model, Six Sigma is not going to change that,” Buckingham says.

Mark A. Nash, president of Pinnacle Partners West LLC, says another misconception is that Six Sigma is just another quality or process improvement methodology that’s come up and proven itself not to be any better than anything else. There are too many stories of companies whose Six Sigma efforts have failed when they couldn’t get it to stick long term.

“Generally speaking, companies fail when they don’t get that employee ownership in that process to make changes,” Nash says. “They want a Black Belt or Green Belt to come in and fix the process. Identify the root cause, say what we need to do to fix it, and hand it back to employees. If those employees don’t have ownership, do you really think it’s going to stick long-term? Of course not.”

One way around this is to synchronize lean and Six Sigma, Nash says. “What we see a lot of times, is companies find a root cause with Six Sigma, know what needs to be changed, and use lean tools fix it.”

So although they can sometimes seem like opposing forces, lean and Six Sigma do work well together. But lean seems to attract more devoted followers, while Six Sigma proponents seem to be declining.

For those companies implementing Six Sigma, lean, or both, he suggests talking to other companies using the disciplines they are interested in. He says they should ask specific questions about how the program got started, and about any failures, and what they would do differently. No matter what you use, Nash says it’s important to consider what works for your company. “Process improvement is process improvement,” Nash says. “My attitude is you find the right tool at the right time.”

3 Steps to Take to Simplify Audits

Lean Six Sigma In The Age Of Artificial Intelligence: Harnessing The Power Of The Fourth Industrial Revolution