What is compression force and why do we measure it?

Compression tests are instrumental in determining how a material or product reacts when subjected to a crushing load. As the sample is compressed, the load and displacement are recorded. Further calculations can be made including compressive stress and strain, which can be plotted as a stress-strain diagram to determine elastic limit, proportional limit, yield point, and yield strength.

We often take for granted the strength of the sidewalk that one stands upon. Concrete is an important building material that has been in use since Roman times. It is used for roadways, bridges, houses, commercial buildings, and even kitchen countertops. Concrete is a mix of cement material, aggregate, and water. Determining the strength of the aggregate is important because it is a necessary component that defines the concrete’s thermal and elastic properties. Testing the compressive strength of concrete aggregate pellets assists in developing the proper water/cement material ratio. One specific example utilizes a single or double-column force test stand to compress concrete pellets with a compression plate. An indicator and load cell are implemented as a means to measure the force. Data is transmitted to a computer or tablet for further analysis.

Electronics have become a part of our daily lives. Computer keyboards, mobile phones, remote controls, and push-button switches are objects that most of us engage with on a daily basis. In product design, it is important to test the lifespan by repeating a compression test by cycling these elements to failure. The measurement of these simple push-button forces can be conducted with a handheld force gage. If the gage has a specialized function called an external trigger, the force at which electrical contact has occurred, such as by pressing a button, can also be captured. 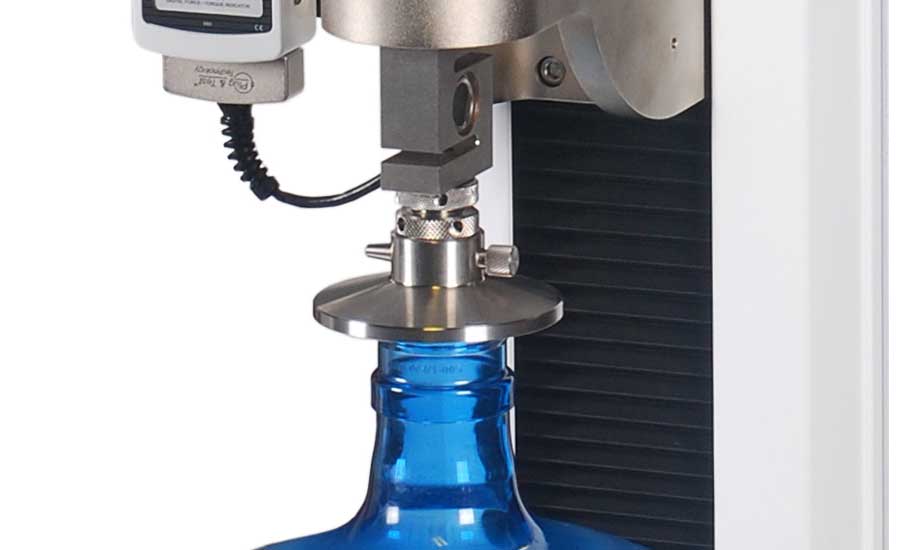 A top-load test is used to determine the buckling force of a water bottle.

Springs are common objects that have many applications. Pens, tire gages, staples, mattress, and electrical contacts are among the many objects that can incorporate the use of springs. A force can be applied to push a spring so that it undergoes a displacement from its unstrained length. Compression spring manufacturers must verify the characteristics of their springs. Several parameters are often measured including spring rate, spring load, load at displacement, and displacement at load. A typical spring tester can be comprised of a manual or motorized force test stand, force gage (or indicator in conjunction with a load cell), compression plates, and data collection software.

Fruit and vegetable ripeness might not be the first thing you think of when considering compression testing, but it is an important test within the agricultural industry. A probe can be inserted through the skin of a fruit or vegetable at a controlled rate of speed. The force at which the skin breaks is used to quantify the ripeness. These tests can be completed with a force gage, probe, and manual or motorized test stand.

Top load testing is important in the packaging, beverage, and consumer goods industries. PET (polyethylene teraphthalate) bottles, containers, cans, and cartons are required to resist compressive forces that could otherwise cause leakage or breakage. A top-load test typically involves applying a downward compression force to measure the product’s resistance to crushing or a compressive load until it deforms or collapses. An example of such testing is measuring the top load on a five-gallon water cooler bottle. The water bottle is secured at the base of a single or double-column force test stand. The test stand is fitted with a load cell, an indicator, and a compression plate. In a top load test, it is important to use a vented compression plate. This type of plate allows air to escape through slots during compression. 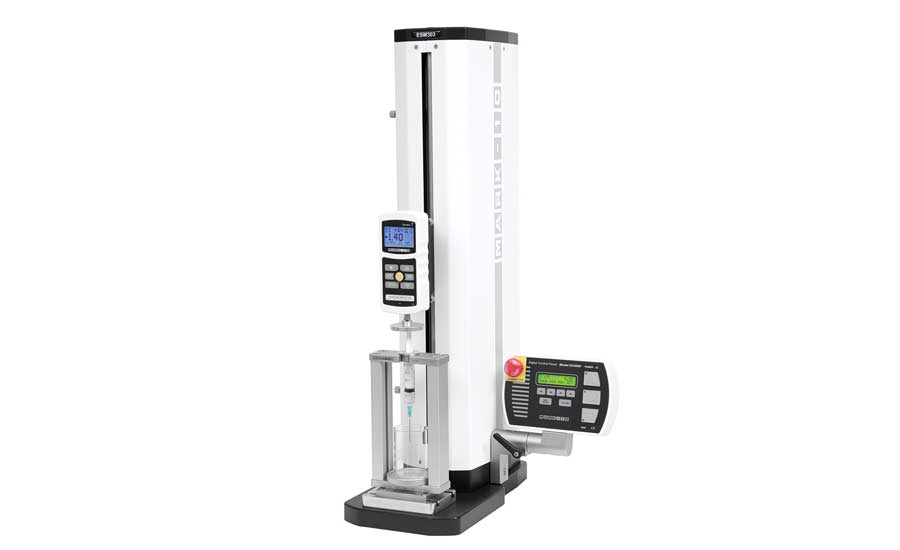 To ensure quality, reliability and safety in product design, compression testing must be implemented in a wide variety of industries. Force measurement is vital to ensure compliance with performance and reliability standards.

A Primer on Materials Testing

Nondestructive Compression Force Testing: What, Why, and How

Nondestructive Compression Force Testing: What, Why, and How

A Primer on Materials Testing