Laser trackers have applicability across the manufacturing lifecycle.

For industries that regularly perform large-scale measurements, laser trackers offer accurate 3D measurements collected by a single operator. They have traditionally been a common solution within the aerospace and automotive industries, but as lightweight, versatile, portable coordinate measuring machines, laser trackers are ideal for a host of applications relevant to other industries including energy & power, general manufacturing, architecture & construction and transportation system manufacturing.

Laser trackers are straightforward tools: they measure two angles, plus a distance. The tracker emits a laser beam (hence, “laser tracker”) to a retro-reflective target (commonly a spherically mounted retro reflector, or SMR) that is held against the object being measured. The light reflected traces its own path back to the tracker. As the light re-enters the tracker, a distance meter in the tracker calculates the distance from the tracker to the retro-reflector. The collected coordinate data is transferred to metrology software to establish the X, Y and Z coordinates for the point collected. The software ultimately uses a collection of the points taken for interpretation and modeling. 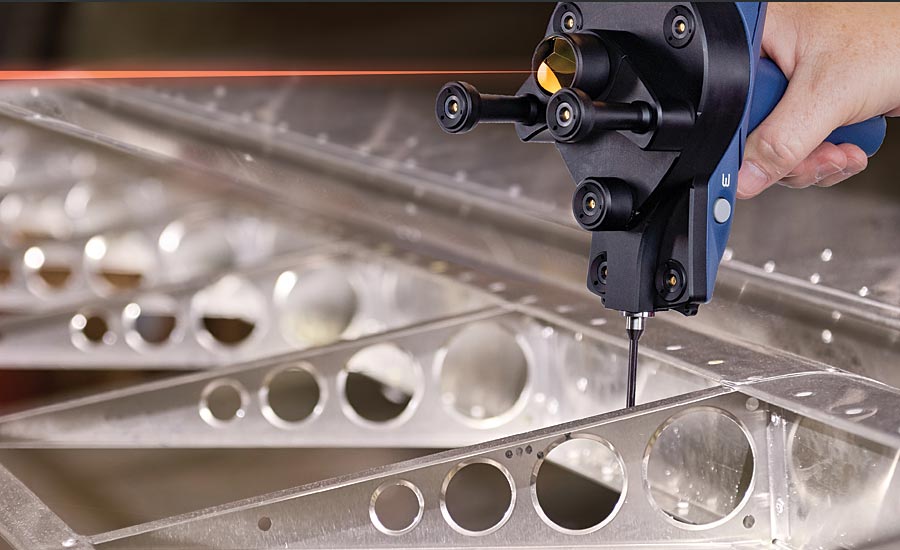 A ‘shift’ in technology; a change of mind

ADM technology is based on the phase shift principle, or the Doppler Effect, which is the change in frequency of an electromagnetic wave relative to the observer. First discovered by Austrian scientist Christian Doppler in 1842, the Doppler Effect can be regularly experienced when any acoustic signature approaches and then passes an observer’s location. Without fail, the pitch will sound higher as a result of the compressed wavelengths as the acoustic wave approaches and lower as the now decompressed wavelength passes. In astronomy the same principle occurs with light. Light traveling toward an observer’s telescope appears blue shifted (a shorter wavelength) and red shifted when light is moving away (a longer wavelength).

A laser tracker (which emits light in the infrared range of 700nm to 1mm) employing ADM technology works in the same manner. The device sends out a signal of a known wavelength to a target, then measures the difference in the phase of the signal received. The difference gives the distance to the tracker. Multiple wavelengths must be sent, beginning with a long wavelength signal to provide a rough estimate of where the target is, followed by shorter wavelengths to provide more precision. ADM tends to be highly accurate but has slower measurement time.

Some industries have avoided adopting laser tracker technology based on outdated perceptions of how difficult they are to use. Historically, measuring was a highly manual effort requiring absolute line-of-sight between the laser unit and the SMR. If anything got between the two, the beam would be broken and the sequence would have to start again. Operators needed more extensive training and experience to use the laser tracker efficiently.

Recent innovations have mitigated this concern by allowing the laser to actively locate and lock onto the target even if the line-of-sight beam is broken. Consequently, operators can begin using the technology without rigorous training and the time needed to measure large or complicated objects is dramatically reduced. Additionally, using an accessory such as a 6Probe provides wireless, hand-held assistance when measuring hidden or hard-to-reach areas through its 6 Degrees of Freedom (6DoF) capability. These features make laser trackers a widely-applicable, rapid and easy-to-use solution. 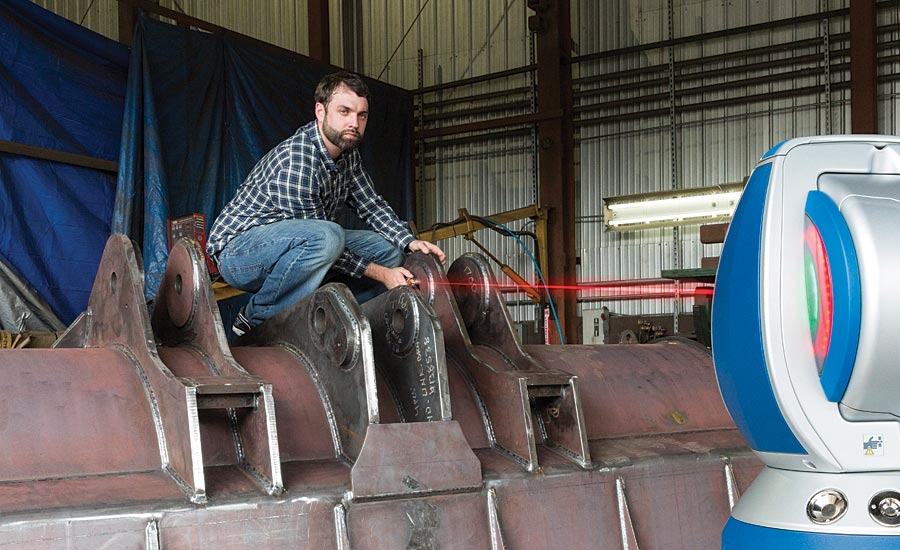 Like many 3D measurement devises, laser trackers vary in speed and accuracy depending on build and specifications. As mentioned above, laser trackers have applicability across the manufacturing lifecycle, including: 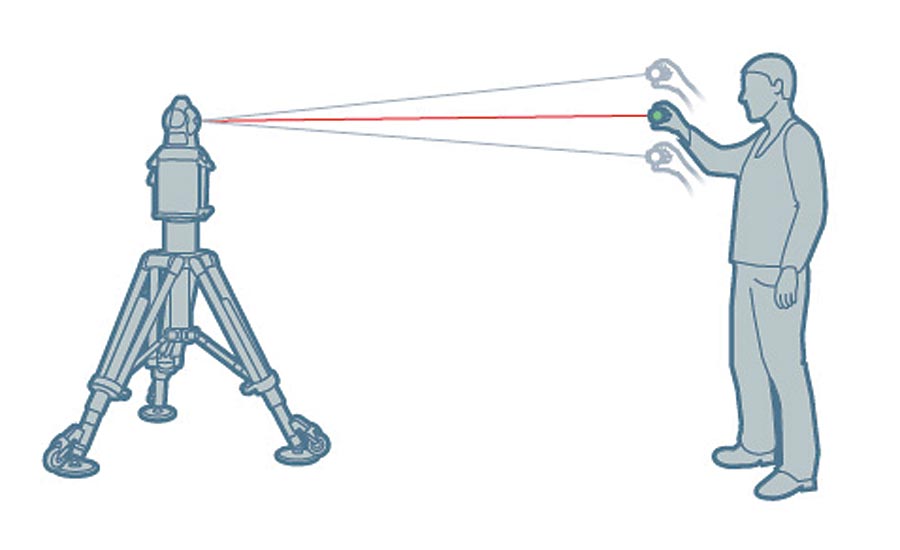 A versatile tool for today

It wasn’t long ago that for an engineer to align the wings of a jumbo jet to the aircraft’s fuselage he or she would do so with the most primitive handheld tools – optical scopes and plumb-bobs, basically a string suspended with a weight. It’s a juxtaposition of technology old and new so extreme it makes you wonder how we flew at 30,000 ft. at 500 mph with any peace of mind.

Thanks to advances in laser tracking technology, as well as reduced operator training time, laser trackers are increasingly the go-to portable 3D measuring tool resource. With a market value of $275.5 million in 2018 and forecast to reach $670.1 million by 2026 (COVID-19 notwithstanding) now is when more companies across a variety of industries should give modern laser trackers a second look.

Once they do, it’s likely they will retire their weights on a string for good. Q

Measurement: Should Laser Trackers be in Your Arsenal of Metrological Tools?