As the Industry will Continue to Grow, so will Advancements in NDT Methods.

The aerospace industry uses nondestructive testing (NDT) methods quite extensively. The structural integrity and safety of nearly all components, especially the most critical ones, needs to be validated and NDT plays a major role. NDT is required in virtually all areas of newly manufactured, serviced, repaired, or overhauled inspections.

There are a variety of NDT methods used in aerospace and most of these can be divided into two categories: surface and sub-surface. The surface methods are used to detect on surface or very near the surface defects and anomalies. Two of the most heavily used surface methods include penetrant inspection and laser shearography. Sub-surface methods are those that identify below the surface defects. Two of the most used techniques are radiography and ultrasonic inspections. A few methods, like ultrasonic and electromagnetic testing, can be used for both surface and subsurface inspections, so they can fit into each bucket as needed. There is also one other type of method, the acoustic resonance method, that is a full-body inspection, meaning it can assess the overall structural integrity of an entire component.

During the onset of WWII, as production of aerospace planes and engines accelerated, so did the usage of NDT. Assurance that the components were reliable and defect free was essential and the aerospace industry began using and integrating NDT into inspection requirements. Failures in the field could be fatal and detection of manufacturing defects were critical.

After WWII, the use of NDT blossomed, because the aerospace industry had seen the benefits of increased quality in products and realized that NDT had played a major role. Post war, there was a continued focus on the development of advanced materials, and this further drove the need for ensured safety and product reliability.

Over the past several decades, there have been extraordinary advancements in new materials and manufacturing techniques. These innovations have created higher demands, longer component and aircraft lives, and there is clearly no end to the space race. Because of this, the aerospace industry continues to push NDT into the spotlight. The growth of aerospace has made the use of NDT a very critical part of manufacturing and all sustainment inspection plans.

As the industry will continue to grow, so will advancements in NDT methods. However, let us examine today’s more commonly used methods. 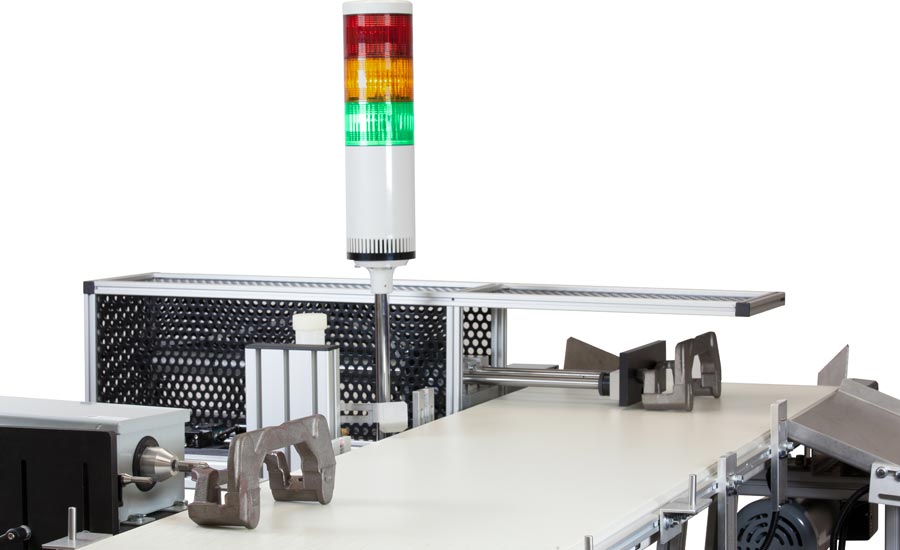 Penetrant testing, known as PT, also often called fluorescent penetrant inspection (FPI) is a liquid penetrant inspection. This is a very common NDT for surface applications in aerospace. For this method, components are coated with a liquid dye by dipping, spraying, or brushing. The parts are then subjected to a dwell time where the liquid penetrates defects using capillary action. After the dwell time has expired, the excess penetrant is removed from the surface leaving only the dye that has penetrated the defect remaining. A developer is then applied to pull any entrapped penetrant back to the surface and after another set period, the parts can be examined under ultraviolet light. Any visible dye indications are inspected and evaluated for disposition. The last step of the process is a thorough post-inspection cleaning. There are several different cleaning methods, but the key is to remove all the residual dye. PT is a very effective method, and it is used by nearly every aerospace company or by their suppliers.

Laser shearography, also referred to as LS, is an optical inspection method that uses laser light to detect surface deformations.  It has rapidly continued to gain increased usage in aerospace applications. LS has a lot of complex optical processing, but in basic terms, it is based on the comparison of two states of deformation in the component or structure. It uses surface displacements in response to a change in load to identify defects. Light from the laser source is used to illuminate the target or area of interest. As the light is reflected from the surface, it is captured by a camera. The reflected light is split into two and reflected as two separate images. One of the images is offset or sheared, with respect to the other image. A digital comparison is then performed, and the differences found are evaluated. LS has outstanding sensitivity and can be used to detect very small indications and anomalies. More and more companies are using LS. 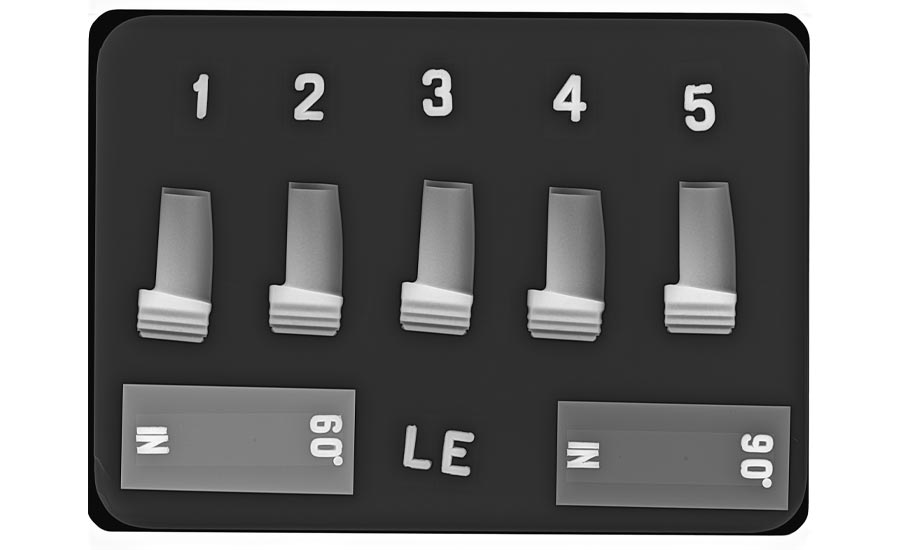 Radiography, normally called RT, is a heavily used method. In fact, it has been used for over 100 years by aerospace manufacturers. Radiography involves the use of X-rays or gamma rays to evaluate products for defects and dimensional verification. After all the safety precautions have been considered and implemented, X-rays are aimed at a component or an area of interest within a component. As the X-rays pass though the target, some of these will get absorbed by the denser material areas while in the less dense areas, more X-rays will pass through target. This absorption and varying amount of the X-rays passing through the target is what provides the image contrast. There are various ways of capturing the X-rays and the most common are film, imaging plates, and digital detectors. This is the most relatable NDT for most people as most have seen the results of an X-ray at their doctor’s office or an emergency room. RT is used by almost every aerospace company that manufactures any component.

Ultrasonic testing or UT is also a very reliable NDT method. It is used extensively when a part’s geometry allows for proper access to inspection zones. UT uses ultrasonic energy to detect defects and inconsistencies in materials. UT is a sound wave method where a sound wave is introduced with a transducer that converts an electrical pulse into the wave. That sound wave propagates through the material under test and if a defect is present, the sound wave will be reflected to the transducer much earlier than anticipated. This reflection is displayed on a digital screen for interpretation and evaluation. UT is preferred over X-ray for many inspections as it has almost no safety requirements.

Various types of resonance applications are used in aerospace. As an example, resonance acoustic method or NDT-RAM uses a part’s own natural frequencies to detect metallurgical issues as well as typical defects. This method is newer to aerospace, but many are starting to implement it into their inspection requirements. A part’s natural resonances are captured using an impulse excitation. The part reacts to the excitation at its natural resonances and that data is captured and recorded. This resonance data spectrum is evaluated against a known acceptable spectrum or to a 3D model of predicted spectrum. Materials and components that are like the reference will be determined acceptable while ones that are not similar will be determined unacceptable. This proven method is growing in acceptance in aerospace.

These brief overviews of the most used NDT methods provide details of some of the types of inspections used in aerospace. It is always good to have a basic understanding and working knowledge of how these inspections are performed and in what areas these are applied.

If it were not for NDT, we would never be able to safely produce complex aerospace components.