Rapid growth in electric vehicle sales along with an increasing interest in fuel-cell-electric powertrain systems presents the auto industry with serious and largely unanticipated quality-control issues.

Billions of lithium-ion battery cells are produced annually and more than five percent are estimated to have small undetected leaks that can affect performance, shorten battery life and cause vehicle fires.

Only a small fraction of EV battery-cell leaks can be detected through traditional methods. Pressure-decay tests, for example, are unreliable or too slow and allow small, but critically important leaks to go unnoticed.

Once considered an extremely small niche market, electric vehicles achieved a broader, more firmly established market share by the beginning of the current decade. Combined global sales of BEVs and PHEVs jumped 41 percent in 2020 and the pace has continued in 2021 and 2022.

A study by IHS Markit has predicted that nearly 50 percent of all new-car sales could be electric by 2035. At that rate about half of cars on the road will be electric by 2050. The global EV battery market is growing at an ever-increasing rate as well with annual sales expected to climb from $27.3 billion last year to more than $67 billion by 2025.

Notably, EV batteries contain a variety of flammable materials, including lithium, manganese and plastic. Lithium is highly reactive to water which in turn results in performance and safety concerns when battery packs are exposed to water or high levels of humidity. Even extremely small leaks can cause a problem.

A study by the National Fire Protection Association indicated that most EV fires in the U.S. from 2013-2017 involved battery systems. Temperature fluctuations and heavy rain were among the major reasons cited for EV battery-system fires.

Leak testing for EVs varies from company to company in the U.S. and often is done on a random basis. Industry analysts estimate that fewer than 20 percent of the country’s EV battery components are thoroughly tested. Despite a growing need, North America trails both Asia and Europe in setting leak-detection standards for BEVs and FCEVs which increasingly seem mandatory to ensure customer safety, satisfaction and lower warranty concerns.

Help is on the way, however. New quality-control technology developed over the past five years will allow electric-vehicle manufacturers and their suppliers to establish industry-wide standards and develop procedures to test EV batteries, battery coolant-systems and hydrogen-fuel-cell components for extremely small, but dangerous leaks previously almost impossible to detect. 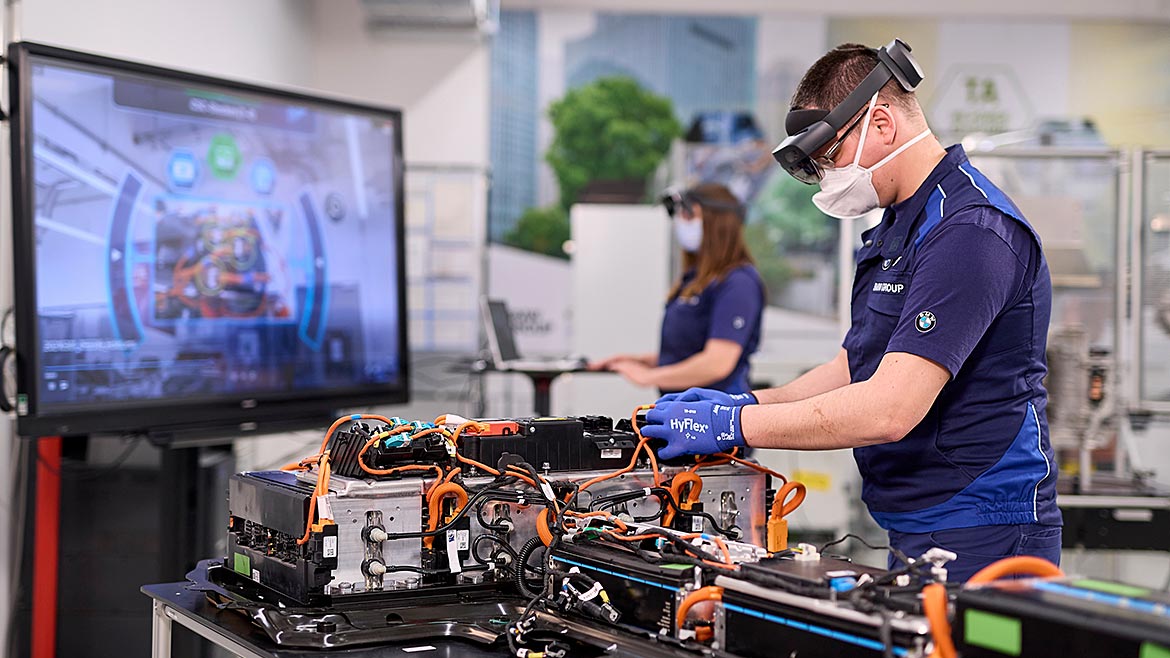 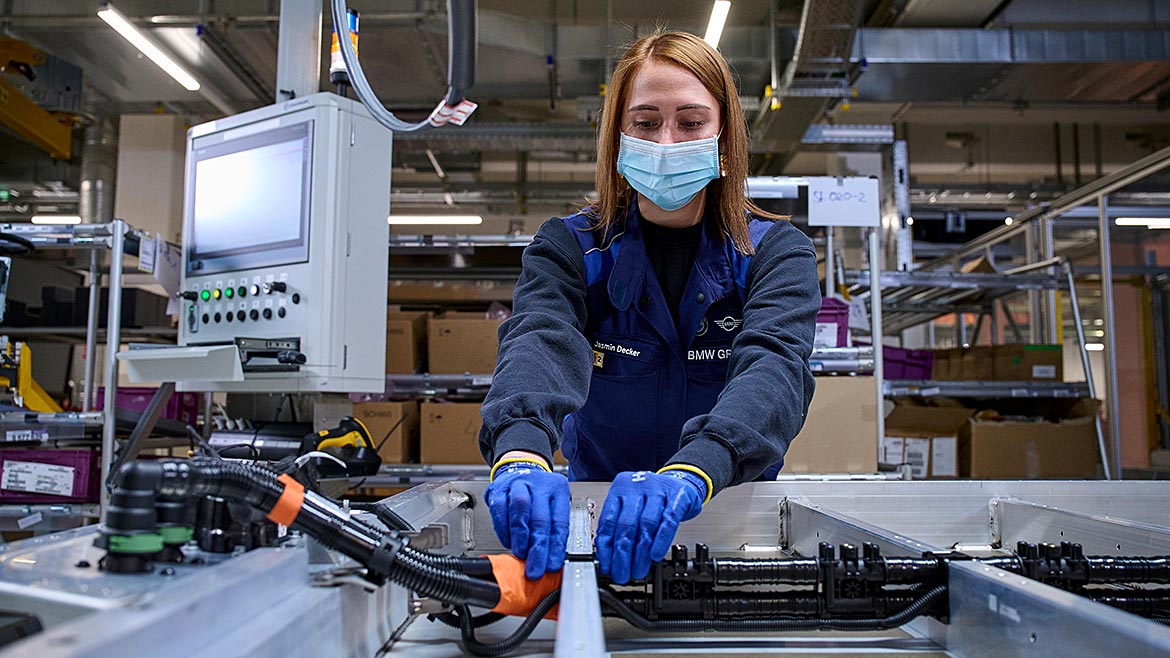 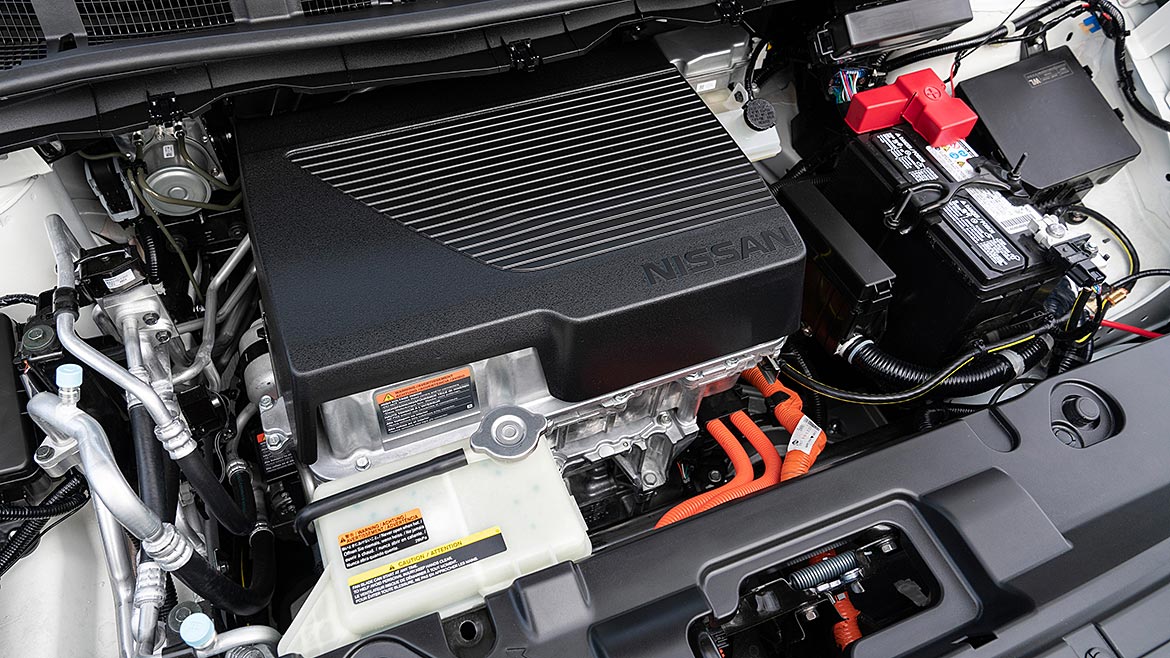 
Technical papers presented at SAE (Society of Automotive Engineers International) programs over the past three years outline solutions that will help pave the way for these new, tighter leak-detection standards.

The first paper, “Methods for Leak Testing Lithium-Ion Batteries to Assure Quality with Proposed Rejection Limit Standards” (SAE 2020-01-0448), highlighted the need for better detection of liquid-electrolyte vapors escaping from battery cells and supercapacitors. Researchers point out that the proposed method does not require introduction of dedicated test gasses into the cells, rather detection of known electrolyte solvents like dimethyl carbonate (DMC) in a nondestructive method applicable to cylindrical, coin, pouch or prismatic cells. The paper concluded that for a leak of one (1) micron the equivalent helium leak detection would be approximately 1·10-5 mbar·l/s.

An SAE paper the following year, “New Leak Detection Methodology to Protect against Microscopic Leaks and Water Ingress in Battery Cells, Battery Packs and ADAS Sensors” (SAE 2021-01-0754) called attention to the fact that Ingress Protection (IP) standards as written are not specific enough to be applied to current EV battery cells, modules, packs and ADAS sensors. Nor do they ensure that these components and systems will retain their service life and continue to operate safely. For example, the industry’s well-known IP 67 standard suggests that testing for 30 minutes at a water depth of one meter should not allow water ingress in a harmful quantity -- a testing specification difficult to apply for most EV battery systems since water and batteries do not mix.

In a 2021 paper, researchers for the first time established how materials like ABS, polycarbonate, steel and aluminum used in battery cell and pack construction affect leak behavior and how liquid properties affect leakage. With a custom test setup, research validated the correlation between gas- and water-leak rates. The testing showed that even very small leaks will allow for water leakage. Gas-based test methods used by industry can quantitatively detect these small leak sizes and ensure customer satisfaction and safety. 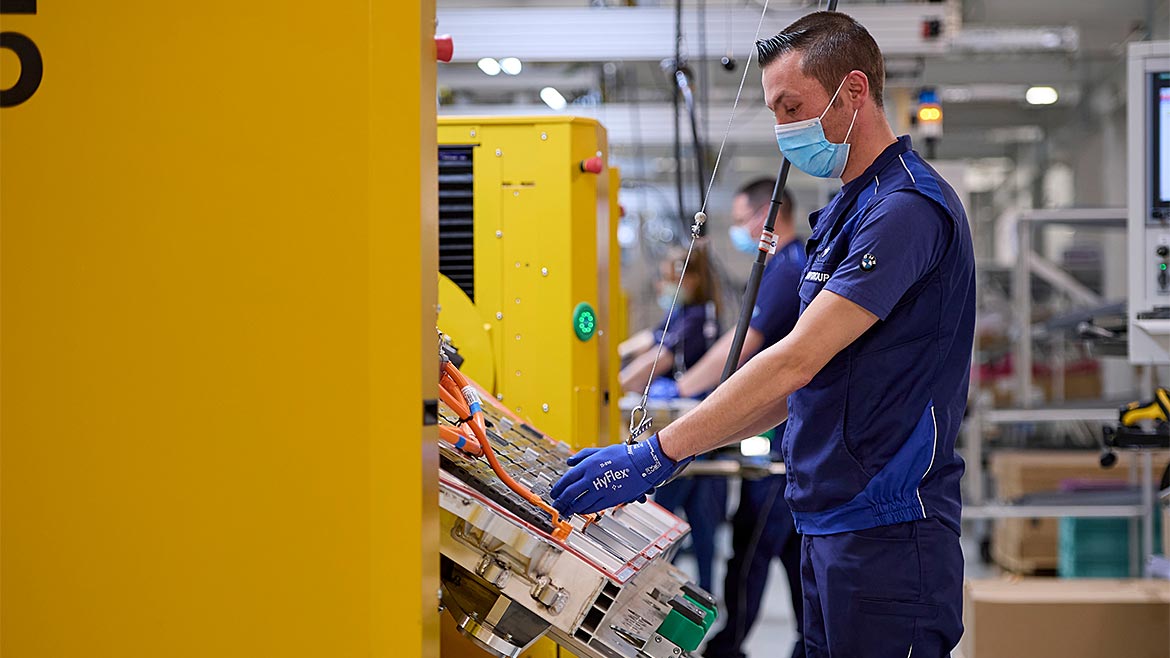 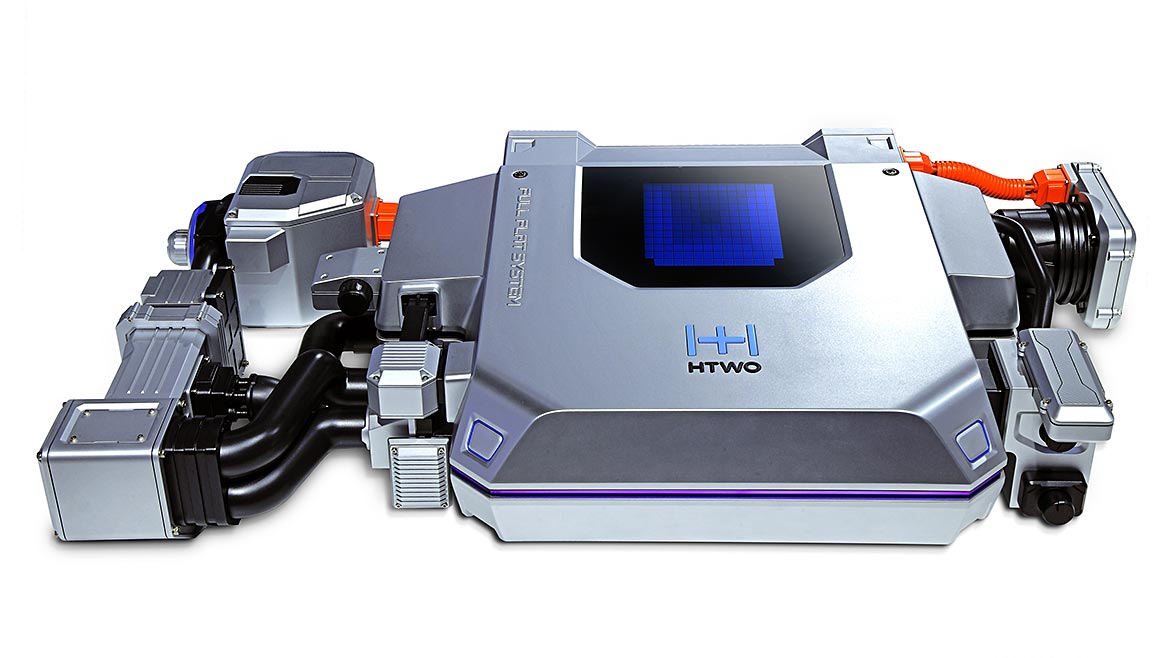 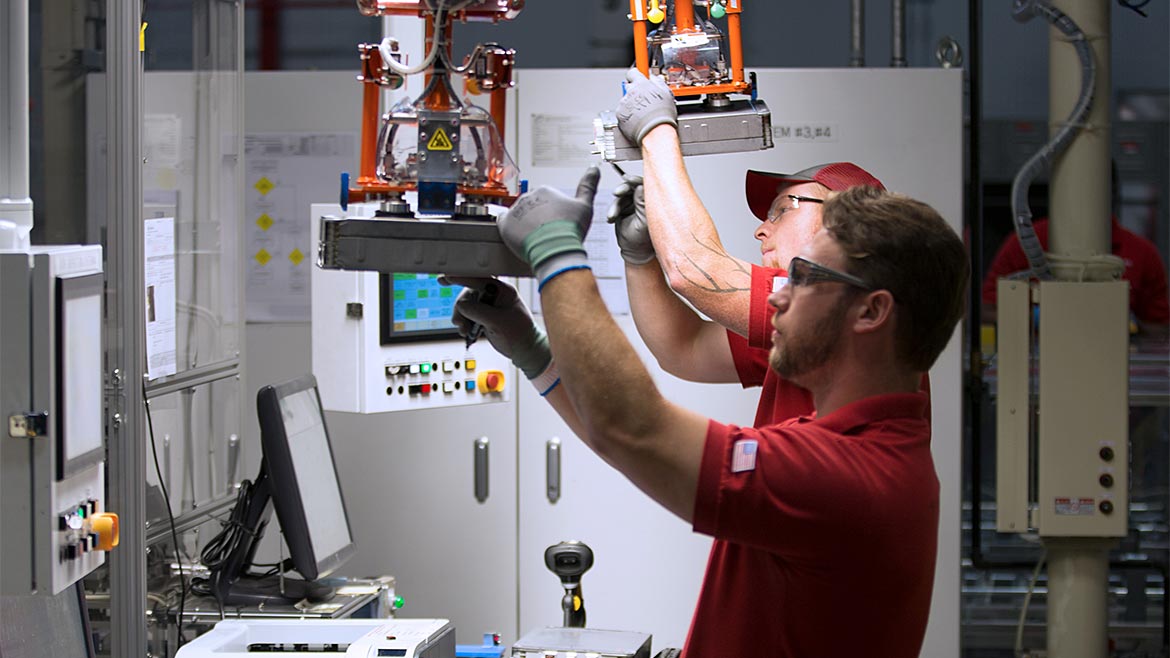 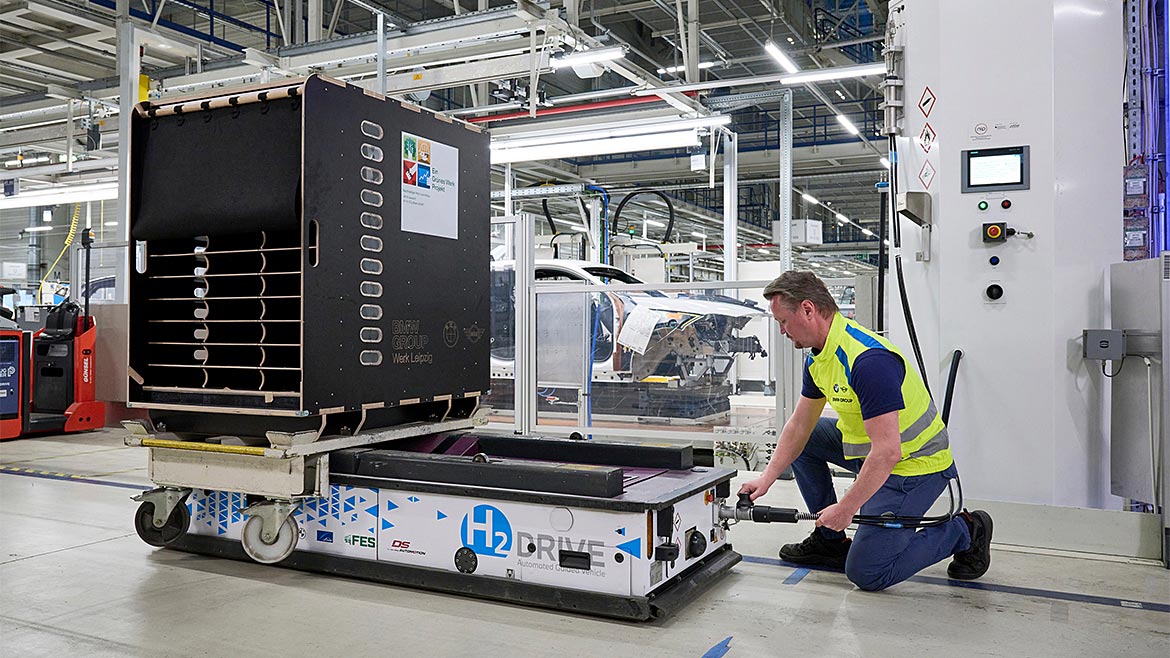 A variety of gas-based leak-detection systems, including one based on industry-first mass spectrometer technology, now will allow for the thorough testing of all types of lithium-ion battery cells and packs whether “dry” or filled with electrolytes.

These new systems provide quantifiable and repeatable results with extremely high levels of sensitivity that previously were unavailable.

Print or digital copies of these SAE papers are available from SAE for $33 with an 18 percent discount for members.

New, tighter leak-detection standards that can be uniformly applied throughout the industry are now needed. Leak-detection equipment with high sensitivity rates to support these standards will ensure that battery systems operate as intended, will increase consumer confidence and support future EV sales growth.

A survey by McKinsey & Co. and the World Economic Forum also has called attention to a major shift from combustion engines to electric drive systems for commercial vehicles. More than 70 percent of survey respondents believed that electric powertrains represented the future for long-haul trucking and intracity transportation.

FCEV sales, especially in commercial-vehicle segments, are expected to see a dramatic jump as well. Some experts predict the FCEV market will grow by 65 percent or more over the next four to five years.

Why the interest in FCEVs? Proponents point out that they generally have longer driving ranges and can be refueled faster and more easily. They also are especially well-suited for commercial trucks and buses that have relatively short daily routes and return to a common garage area where they can be refueled overnight reducing concern over an immediate need for an extensive hydrogen-station infrastructure.

Daniel Wetzig, PhD, is research manager at INFICON Inc. He was instrumental in the development of INFICON’s new spectrometer-based ELT3000 technology and is internationally known for his work in the field of industrial leak-detection using tracer gases and laser spectroscopy.

Based in Cologne, Germany, he directs INFICON’s leak-detection research and development activities after having progressed through the company’s R&D organization as an engineer, technical specialist and project manager.

Wetzig has authored numerous papers on industrial leak detection and holds several technology patents. He has a degree in physics from the University of Duisburg-Essen and a doctorate in surface science from Westfaelische Wilhelms University Muenster.