A number of factors come into play that can affect light intensity.

Lighting and lighting control is a critical component of any machine vision system since it has a massive influence on the signal to noise ratio and contrast in the images acquired. Yet while lighting controllers can be essential parts of a machine vision system, they do not enjoy such a high profile as components such as cameras and software and are often at the bottom of the list when a system is specified. The use of dedicated lighting controllers tends to be associated with complex lighting scenarios such as strobing for high speed inspection, overdriving to obtain increased light output, or sophisticated light sequencing. For applications using continuous illumination, the intensity is the only parameter that needs to be set and it would be easy to assume that a simple controller would meet that requirement. In reality, a number of factors come in to play which can affect light intensity, so precise lighting control is still important in all applications.

Why is lighting control so important in Machine Vision?

Machine vision systems frequently form part of a manufacturing quality control process making measurements on products at different points in the production cycle. Optimizing the lighting to reveal details in the actual image can often eliminate the need for costly and time-consuming image pre-processing while giving better and more stable results. However the primary images must be consistent and so undefinable variations in lighting are unacceptable, since this could lead to unnecessary line stoppages, excessive waste or even defective product reaching the end user. Consistent illumination allows threshold parameters to be set closer to the background level, allowing the detection of finer features such as surface defects, and increasing the contrast between target features and the background. 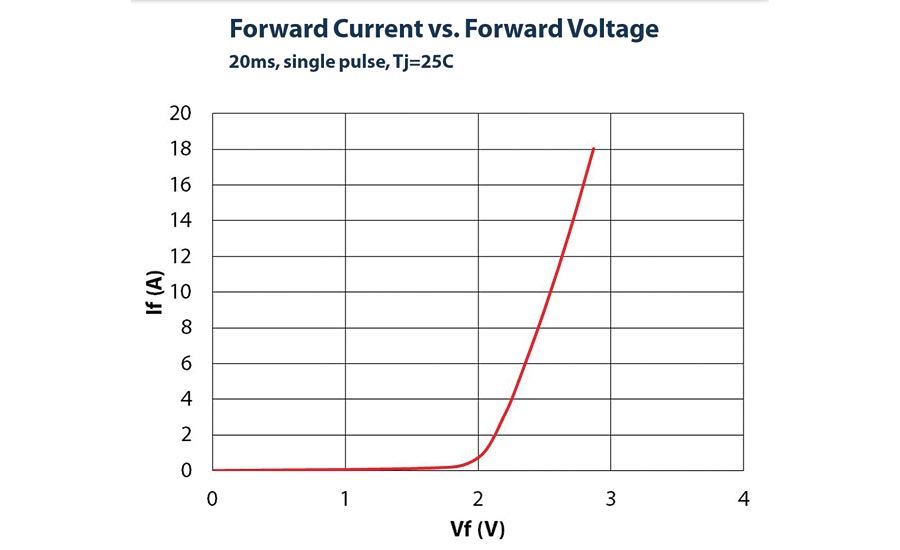 Figure 1. A 10% increase in voltage doubles the current and hence also the light output.

Although LEDs are specified by voltage, their light output is actually directly proportional to current, which means that if the current changes by 1% the intensity will also change by 1%. However, a small change in voltage causes a much larger change in the current through the LED, which in turn will cause a large change in brightness. For example, a 10% increase in voltage doubles the current and hence also the light output (Figure 1). So, to achieve accurate control of lighting levels it is essential to provide stable current through the LED. Although for continuous lighting applications mass-produced voltage power supplies with little functionality may seem to provide a suitable low cost control solution, any variations in the voltage supply to the LED can have a significant effect on the light intensity. Using current-driven LED controllers, however, power can be adjusted directly ensuring the light intensity provides significantly better consistency and delivers more reproducible results. A practical example of this came when the systems integrator for a large U.S. manufacturing company was called in to investigate their vision system about a year after installation. Having worked very well up to that point the system had started to reject too many parts incorrectly, causing costs in unnecessary waste. It was immediately apparent to the engineer that the LED intensity had dropped, so the vision system was put on standby while a new LED was ordered, meaning product had to be inspected visually, slowing down production. The replacement light was then fitted, but there was no improvement in light intensity. Further investigation showed that the 24V power supply originally designed into the system had dropped to an output of 22.5V. This was then replaced by a dedicated current-driven LED controller which solved the problem and provided ongoing reliable performance.

LEDs heat up during use and although they are remarkably reliable, their light output does deteriorate over time as consequence of the repeated heating and cooling processes. Typically an LED would be replaced when its output falls to below 70% of its initial rating. The rate of decrease of light intensity is a function of how the LED is driven and will tend to be faster for applications where the light is driven continuously at full power. In addition, LED intensity reduces as the light heats up to its standard operating temperature. Figure 2 shows how the intensity in an image produced using a machine vision back light reduced by 20% over a period of 15 minutes as the LED heats up to its steady state condition. This is a critical factor since even for a simple vision caliper measurement, a 10% reduction in light level can cause a change of 0.5% in the measured values which would be unacceptable in many industries. A system turned on in the morning might start cold and give erroneous results until the lights reach the temperature at which the system was commissioned. LEDs operated continuously will require adequate heat sinking to prevent degradation and shortened lifetimes. Current-driven controllers allow LEDs to be run at the minimum light intensity required for the application, reducing heat generation and prolonging the life span of the light. 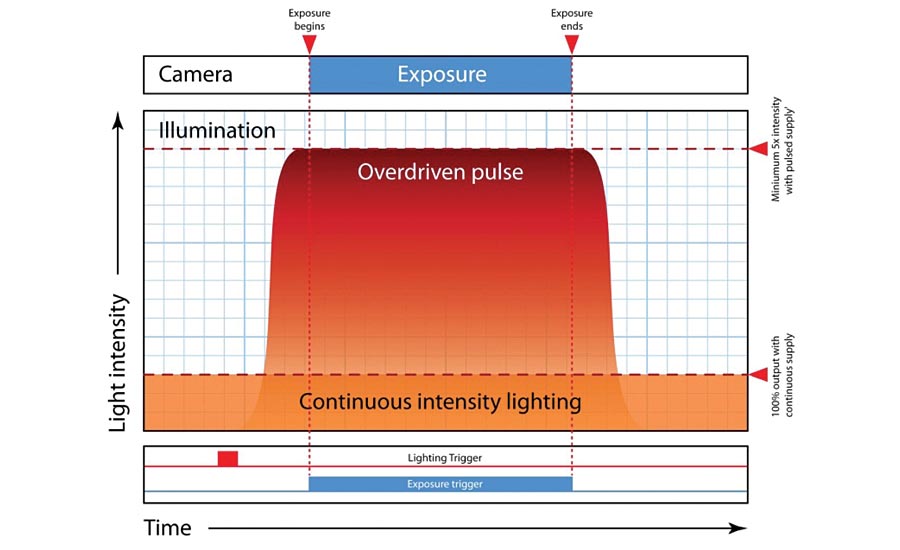 Figure 3. Pulsing the LED also allows it to be overdriven, which generates light intensities greater than the original rating of the light in short pulses.

We have already seen how dedicated LED controllers can provide the stability of light intensity needed in continuous lighting applications, but by providing variable control they can offer much more than that. The ability to adjust the light intensity to suit the application means that the vision system could be used with different light level settings for different product batches. For example the inspection of reflective objects would require a lower intensity than would be needed for those with more diffuse surfaces. This is especially easy to implement using lighting controllers offering Ethernet communication. These can be easily configured remotely for different light levels for existing or new products using a web interface. Operators can select the appropriate product from a menu and the light levels change automatically. A further benefit comes for systems with more than one light, since many LED controllers are available with multiple channels. A single two-channel controller can be used to control both lights, saving cost.

The option for overdriving

Another very significant reason for using a dedicated LED controller is that many can also be operated in pulsed mode and can easily be switched from continuous operation. Pulsing the LED also allows it to be overdriven, which generates light intensities greater than the original rating of the light in short pulses (Figure 3). This is particularly useful in applications where a light is being driven in continuous mode. Switching to pulsed mode means that the light will only be on when it is actually needed to capture an image and this leads to a reduction in average power consumption and an extension of the LED lifetime. The option to switch to operate the light in overdrive mode also offers further flexibility for the system. Key benefits from overdriving include:

In continuous mode the controller can be set up for any inspections requiring light intensity up to the maximum rating of the LED. However since LEDs can be overdriven at up to 10x the maximum rating in short pulses, a much wider range of components can be inspected without changing hardware.

Inspections may be required on batches of similar products with different sizes. Overdriving allows higher f-stop settings in the lens to be used to increase the depth of field (Figure 4) but the increased light intensity maintains image brightness.

This is particularly important where the LED is running in continuous mode at maximum rating. If there are changes in the ambient light conditions surrounding the system, increasing the light intensity by overdriving and either reducing the camera exposure time or keeping the exposure time the same and stopping down the lens can significantly reduce ambient light effects. 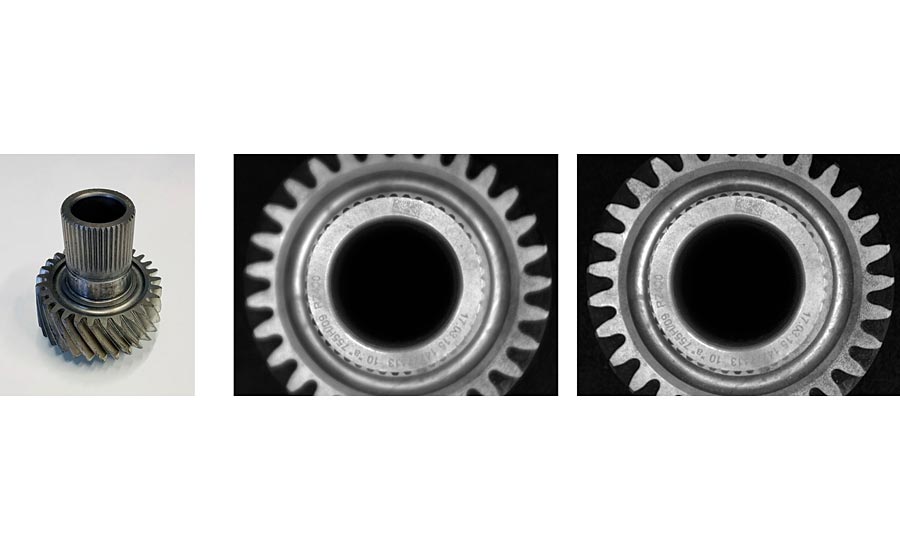 Figure 4. Overdriving allows higher f-stop settings in the lens to be used to increase the depth of field but the increased light intensity maintains image brightness.

The environment and surroundings can contain substances such as dust, dirt, liquids or vapors that may stick to the LED reducing its light output or to the lens reducing light transmission. Overdriving offers a solution to increase the amount of light available to maintain consistent image brightness.

While overdriving is a very powerful technique, it is extremely important to ensure that the light cannot be overdriven outside of permissible current ratings light to prevent any damage to it. The controller should include technology to provide full protection by imposing safe working limits based on the pulse width and duty cycle for overdriving. This technology can also ensure that the maximum current rating for the LED is not exceeded during continuous operation. Heat is also generated in the controller itself, and technology is available to adjust the supply voltage to make the most efficient use of the power and keep heat dissipation in the controller very low. In this way, high continuous currents can be output without heat-sinking the controller.

Saving costs and planning for the future

While mass-produced voltage controllers may be the cheapest basic option for continuous illumination applications, the stable light control light provided by a dedicated current-driven LED controller can provide pay back many times over due to the higher reliability and repeatability of the machine vision system. The resulting consistency of measurement leads to better quality control, reduced waste and fewer false rejects, reducing overall costs. Other benefits such as multi-channel operation, the option to overdrive and remote adjustment over Ethernet, give the vision system a flexibility that is simply not possible with a basic controller.

When in doubt, try solving with a profile sensor first and then escalating to a smart camera.

How to Select Lighting for Product Inspection and Control