The Latest Trends on the Shop Floor

As developments in machine learning and the Internet of Things (IoT) impact how manufacturers run their businesses, automation can support these changes and boost productivity.

Automation powers advanced IoT-enabled sensors and improves data collection, which can help manufacturers advance quality and processing speeds. This helps them forecast more accurately and reduce the chance of costly rerouting during production.

With the added intelligence that automation brings, manufacturers are now getting help with decision-making in addition to the simple completion of tasks. This improves productivity and enables workers to focus on more pressing tasks.

With a skills gap in the labor market and few young people pursuing manufacturing as a career, it makes sense to automate more roles once occupied by human labor, says Ray Karadayi, president and CEO at Applied Automation Technologies.

“There is a growing need to create parts at higher precision, with tighter tolerances and at lower costs. Not only that cheap labor is not available anymore, skilled personnel is very hard to find as younger generations are [decreasingly] interested in manufacturing,” he says. “The ultimate solution for any manufacturing company to be competitive is to automate their manufacturing processes.”

However, finding skilled labor to execute and maintain an automation project in a timely and cost-effective manner can be difficult, says David Bruce, engineering manager, FANUC America.

“Currently, the labor market is very tight for all skill levels, which makes automation even more attractive,” he says. “But the skilled labor required to execute the automation is hard to find.”

Even when organizations do find such workers, implementing automation comes with its own challenges.

“A paradigm shift, especially for an established organization, can be very hard to overcome,” Bruce says. “Using automation increases productivity and reduces costs; however, it requires an organization to change, sometime significantly, which is never easy.”

Choosing the right equipment can be tough, experts say. It can also be difficult to implement automation in industries that have not historically used it, says Jake Loosararian, CEO and co-founder of Gecko Robotics.

“The oil and gas, power and manufacturing industries were designed and built in an age where automation was not common. Therefore, this old infrastructure is not conducive to automated solutions,” says Loosararian. “We constantly engineer around these difficult environments. We spend time making the robot work in the environment and then automate second after we learn all the parameters.” 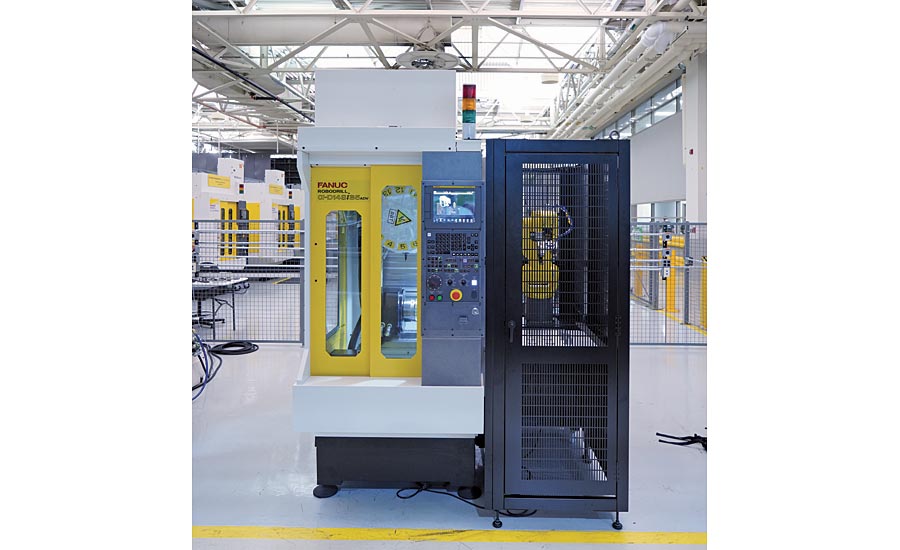 “This is done by in-line calibration of the robots’ kinematic parameters, because they will change slightly as the robot itself heats up, and if this slight change is not accounted for, the resultant measurements may not meet the required accuracy,” he says.

Metrology as a closed-loop system

Because automating the transfer of parts from the production line to the metrology stage is expensive, it’s better to enable existing machine tools to generate high accuracy metrology data by measuring critical part features without removing parts, says Karadayi.

“In other words, metrology is being merged directly into manufacturing as a closed loop control [system] and has a direct impact in how the parts are being made,” he says.

Now, machine tools are made with the high accuracy scales that can produce very accurate data, Karadayi adds.

It can also be difficult to implement automation in industries that have not historically used it.

The ability to use high-precision measurement sensors, such as strain gage probes, analog scanning and noncontact laser scanning, which until recently were only seen on CMMs—as well as metrology software that can perform, in full automation, on a machining center as efficiently as it would on a CMM—is a game changer, Karadayi says.

“The great interest in the Industry 4.0 and digitalization of industry creates a huge demand for this because it is more accurate, efficient and economical way of using metrology in today’s competitive manufacturing industry,” he says.

The ability to create closed-loop metrology feedback has given way to exciting new applications, Karadayi says.

“For small precision parts and mold-and-die manufacturing, automated CAM loops that create measure-cut-measure processes are now automatically controlled by our CappsNC metrology software to adapt the cutting process and decide when the part is at the desired tolerances,” Karadayi says.

“Thanks to this technology, where a real-time metrology software is present in the manufacturing cycle, now complex parts can be manufactured by using multi-datum schemes intended by the designer and automatically adjusted instead of relying on single predetermined work offsets,” Karadayi says.

“Lastly, because of our ability to use noncontact laser scanners, we are able to collect high-density point-cloud data in a short time and produce metrology data from them automatically on most machine tools. This capability is creating a lot of excitement in the manufacturing companies,” he adds. 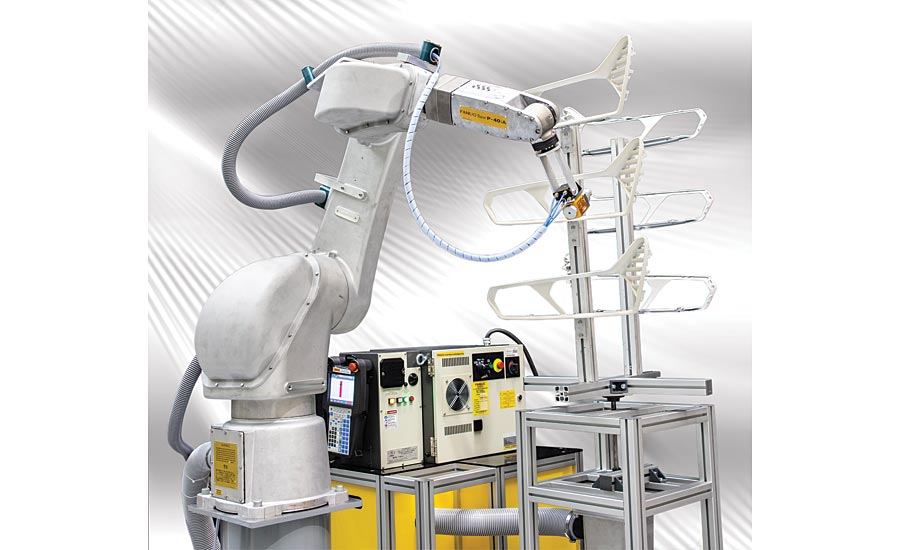 Automation has ushered in the ability to mount large, precise measurement devices on industrial robots and then create highly accurate, in-line measurement systems, which account for every single built assembly, says Bruce.

“Before this was possible, typically one or two parts-per-shift were measured with a manual system that was difficult to operate and very slow,” he says.

“Five years ago, the trend was scanning the weld bead profile as an indicator of weld quality, showing the bead shape and how the weld bead ties (undercut) into the parent metal,” Sharpe says. “Today, most all laser-based weld inspection systems can scan with an accuracy that allows them to indicate pinhole or inclusions in the weld surface.”

When used with today’s highly accurate robots, weld seam faults have become easier to inspect and locate with great precision, Sharpe says. Nondestructive testing, which includes radiography, is a requirement for many safety critical welds, such as pressure vessels, boiler tubes and vehicle safety systems.

“Today’s emitters are more durable and portable, allowing them to be guided along a weld seam with great precision,” Sharpe adds. “The digital X-ray image is a critical measurement of a safety products quality and can be achieved with certainty and without destruction.”