From Innovation to Sustainability: How ECA Makes New Technologies Durable

The industries that are most inclined to adopt advanced NDT technologies such as eddy current array are often those oriented toward innovation.

Aircraft, pipelines, nuclear reactors, and other technologically advanced assets are not put in service with a precise expiration date planned. Nondestructive testing (NDT) is what allows regular maintenance of these assets, ensuring their safety and extending their serviceable lifetime. But NDT is not only used to sustain assets and equipment of the past. In the specific case of eddy current array (ECA) technologies, we are seeing them used more and more in the quality control market, where it ensures the integrity and durability of brand-new components. The industries that are most inclined to adopt advanced NDT technologies such as ECA are often those oriented toward innovation: space exploration, high-speed transportation, and renewable energy are good examples. 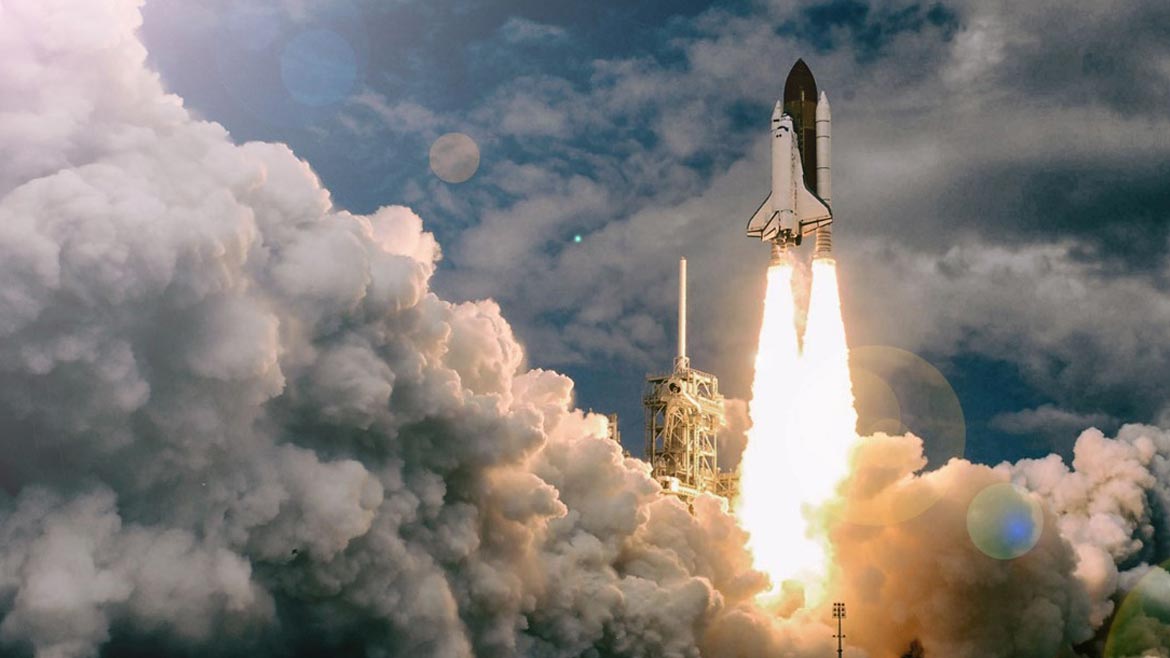 
ECA is an electromagnetic testing technique based on the same principles as eddy current testing (ECT). An array of small sensors allows the detection of small cracks, porosities, corrosion pitting, weld flaws, and manufacturing defects present in conductive surfaces. Compared to visual inspection techniques such as penetrant testing and magnetic testing, ECA has the advantage of recording and archiving digital data while being less operator-dependent for the detection of submillimeter flaws. It also requires less surface preparation, no couplant, and can detect subsurface flaws that would be invisible to visual inspection. The main advantage of ECA over traditional ECT is that it can contain dozens or even hundreds of customizable sensors, allowing wide coverage and a much faster and repeatable inspection. 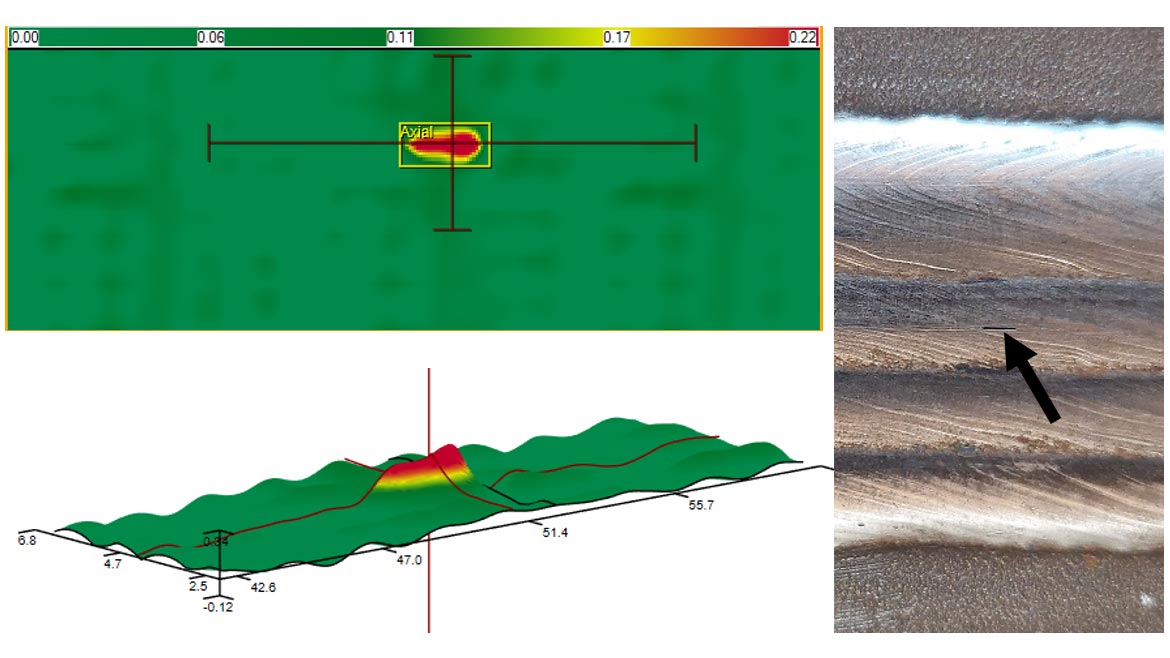 When thinking about innovation and technologies of the future, the first one that comes to mind is probably spacecraft. Whether they are designed to launch satellites, gather data from other planets, or simply for space tourism, spacecraft have gone through tremendous engineering advances in the past decade. These advances have brought their fair share of inspection requirements to ensure the conformity of welds and structures in which an undetected flaw could lead to a catastrophic failure.

One type of spacecraft component that draws a lot of attention from ECA operators is the orbital weld. Orbital welding is a widespread process used in the aerospace industry to produce high quality joints in fuel lines, brake lines, and hydraulic lines. The integrity of these welds is critical; a small defect could cause a leak and pose a major safety issue. Penetrant testing (PT) and radiography testing (RT) are typically used to conduct their nondestructive inspection. However, inspecting a single weld can take up to one hour. With hundreds of orbital welds in a spacecraft, this inspection represents a large investment of both time and resources. RT can also be difficult to deploy since it requires a large safety zone and access to both sides of the inspected weld, where space is limited. 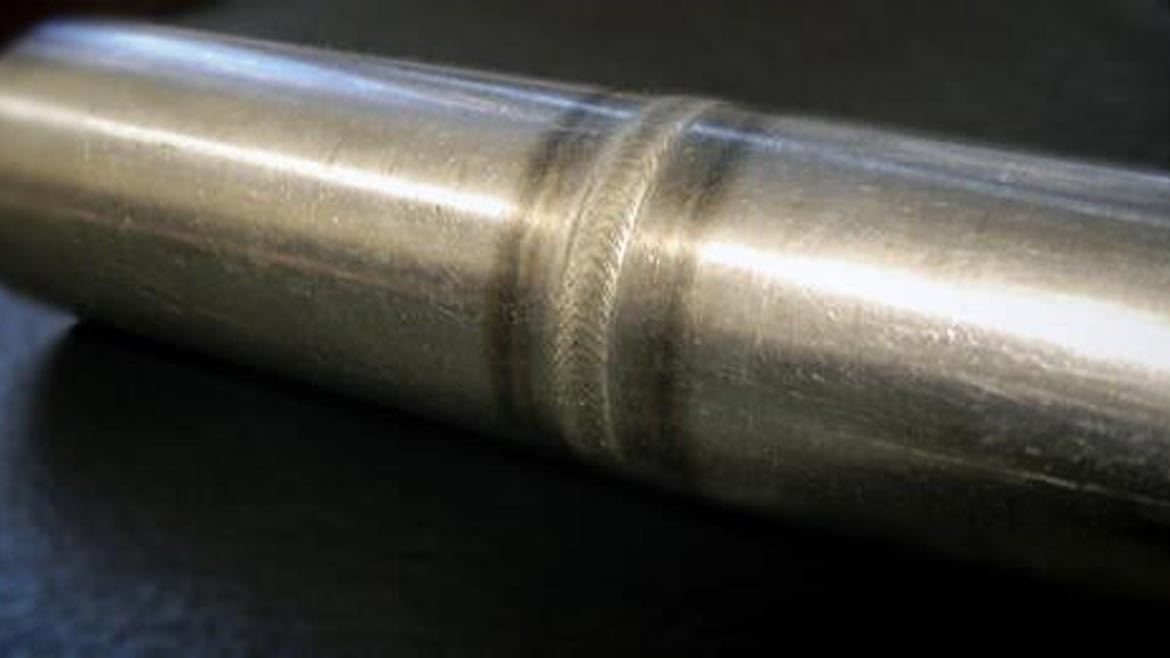 
In comparison, a dedicated ECA probe allows the inspection of orbital welds of any size within less than a minute. This type of probe can be clamped around the weld, ensuring close contact between the weld and the array of eddy current sensors. No couplant or surface preparation is required. The probe is simply rotated circumferentially around the tube, and an embedded encoder records the position and length of the detected indications. Submillimeter cracks and clusters of porosities can be detected both on the outside and inside walls of the tube, in the weld cap itself, or in the heat-affected zones. Software-based detection gates can be used as a pass or fail threshold, facilitating decision making from the technicians. This type of innovative ECA inspection system represents both a decrease of costs and an increase of data reliability compared to traditional inspection methods like PT and RT.

There is no need to fly off planet Earth and explore space to find advanced applications of ECA in the transportation industry. For example, most newly designed passenger train carriages are held together with aluminum or stainless-steel welds that can, because of vibration, develop threatening fatigue cracking. In particular, aluminum is becoming increasingly prominent for high-speed requirements. In addition to surface-breaking fatigue cracks, Lack of Fusion (LoF) and Lack of Penetration (LoP) underneath the surface are common manufacturing defects found in these welds, often due to the poor welding characteristics of aluminum alloys.

Recent ECA solutions have been developed specifically for the detection and characterization of these types of flaws, at the surface of aluminum alloy welds but also subsurface up to eight millimeters (0.32 inches) deep. The image below shows an example of an ECA probe having a padded wear surface that conforms well to the non-uniform surface of weld caps. The same concept can be reused with eddy current sensors of custom shapes and sizes, enabling the fast inspection of welds that are several meters long. These probes are typically used with a linear encoder, allowing the accurate positioning and automated length sizing of the detected indications 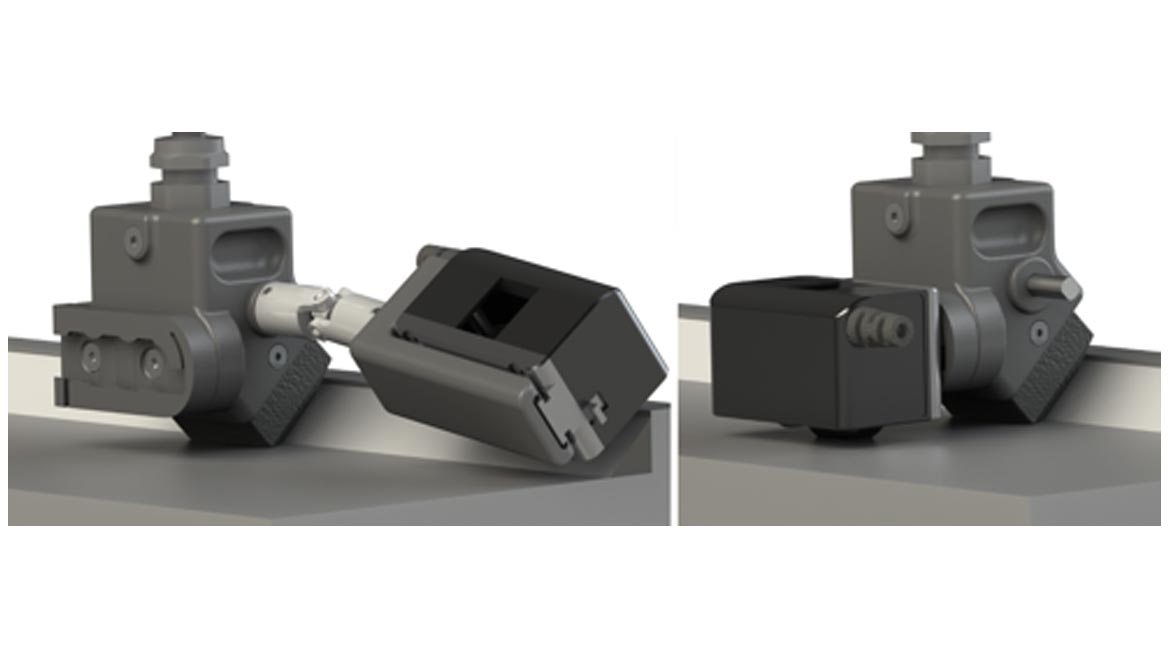 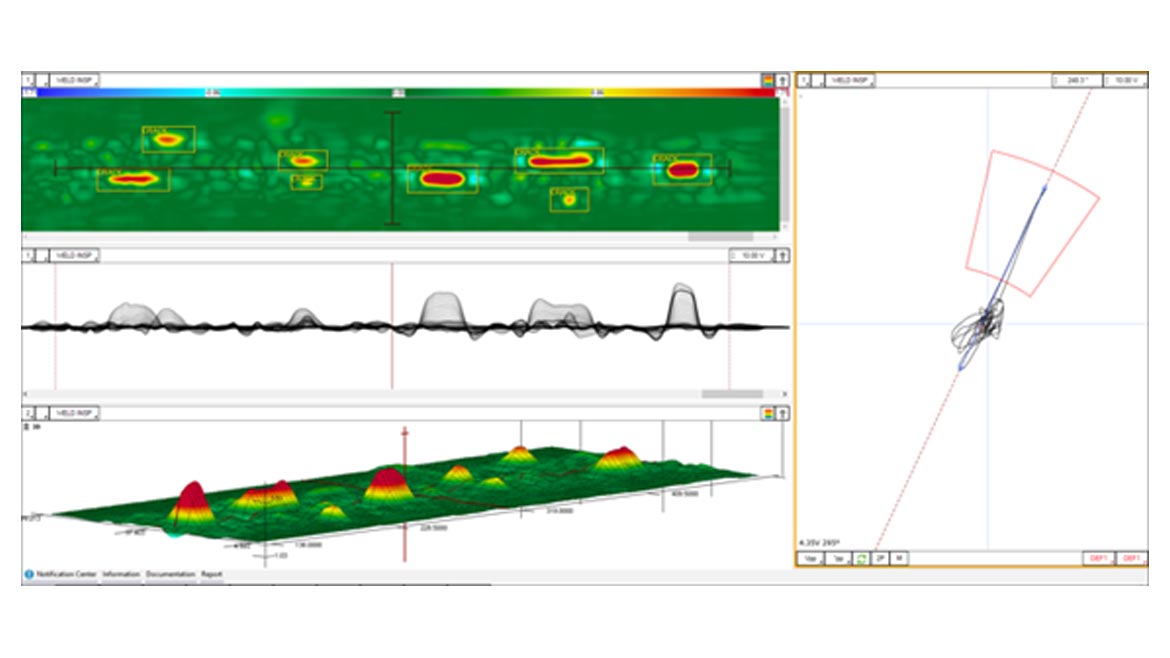 
Braking units are also among the components of a high-speed train that can be inspected advantageously by ECA. The slots housing the braking units in the bogies are subjected to both mechanical and thermal fatigue, each leading to surface-breaking cracks. The action of atmospheric agents can also lead to localized corrosion along these parts. One major advantage of ECA for this particular inspection is that the probes can be customized to fit any slot geometry, even if complex or irregular, allowing the operator to simply slide the ECA probe along the length of the slot. This results in a high probability of detection and a fast, straightforward inspection.

Similarly, train wheels and axles have tight radii that can enhance the propagation of cracks. Due to their high flexibility, ECA probes are ideal for inspecting those surfaces. 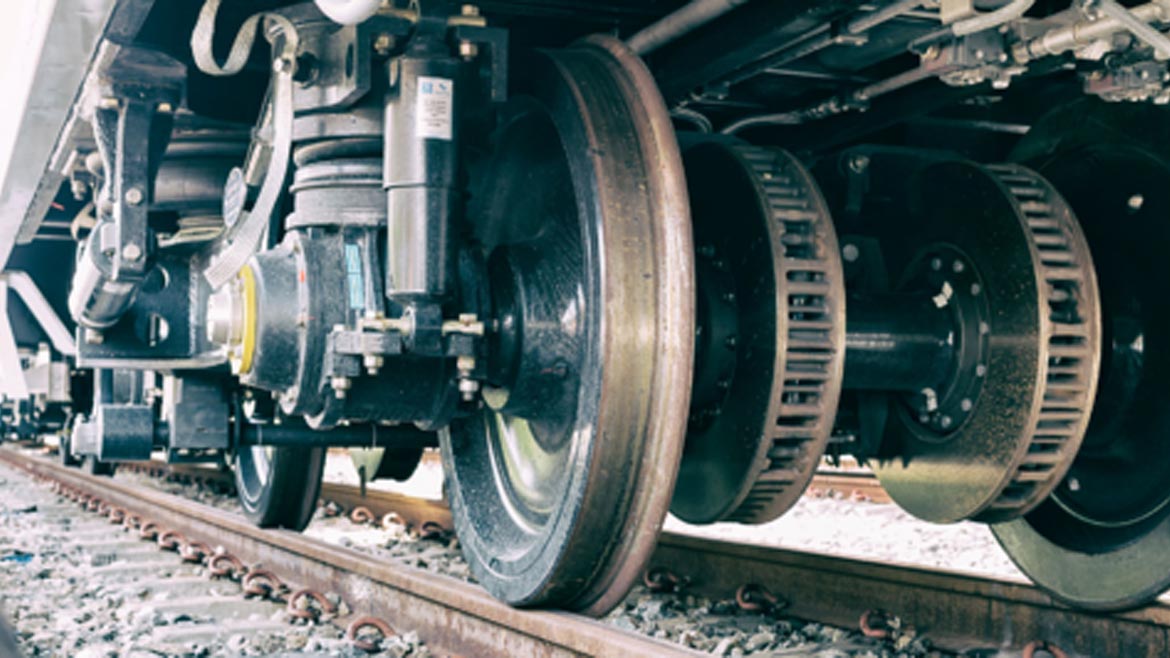 Figure 5: Train wheels, axles and braking units are some of the components that can be inspected advantageously with ECA for the early detection of corrosion and fatigue cracking.

A discussion revolving around innovative technologies must include renewable and clean energy sources, which will likely be powering all other technological research and development. The ongoing growth of wind power generation is a clear indicator of this: worldwide offshore wind farm capacity is set to grow from 32 GW at the end of 2020 to over 230 GW by the end of 2030. This rapid development of renewable energy sources does not come without risk and has been driving an increased demand for NDT. More specifically, ECA is used to detect early crack initiation in wind turbine generators, gearbox bearing raceways, bolt holes, rotor blades, and structural welds.

However, the main inhibitor to the widespread use of ECA for wind turbine maintenance is the inherent risk associated with rope access inspections. Luckily, there is now a safer alternative to rope access: ECA can be deployed on a magnetic crawler for remote inspection. Small and powerful vehicles using rare earth magnets, like the one shown below, offer a unique solution for high-resolution ECA inspection combined with remote visual inspection (RVI) using a high-definition camera mounted onto the crawler. It doesn’t matter if the inspection is taking place in windy, rainy, icy conditions, or with poor lighting: crawler-based remote inspection represents a much safer solution compared to rope access, ensuring the structural integrity and durability of wind towers while keeping our inspectors safe with their feet on the ground. 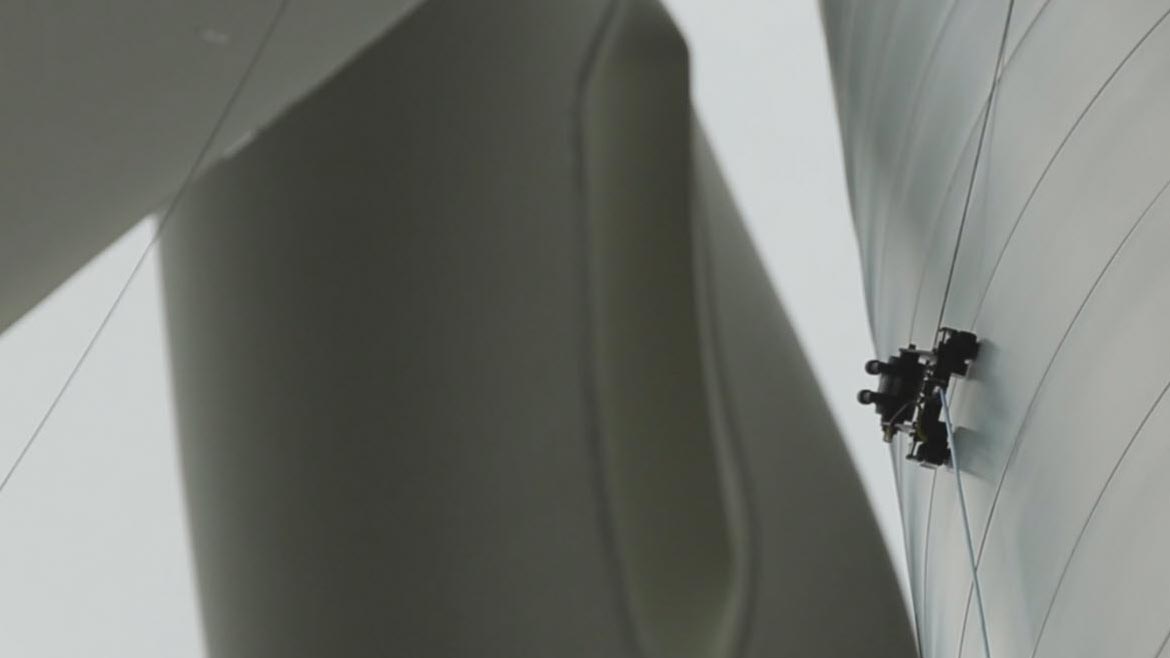 
Still on the topic of clean energy, Small Modular Nuclear Reactors (SMRs) have emerged as potential power sources for remote off-grid locations, and for the replacement of decommissioned fossil fuel power plants. SMRs are simpler in design and represent a more economically viable alternative to full-scale nuclear plants. However, a lot of work still needs to be done to include these small reactors into the nuclear regulatory framework. NDT will be at the heart of the discussions surrounding the maintenance of SMRs, and ECA in particular is in a good position to play a part in those regulations due to its historical successes in the maintenance of various nuclear reactor components.

In summary, advanced nondestructive inspection methods like ECA are not only used to validate the integrity of aging equipment, but also play an important role in the development of maintenance procedures for new components and assets. The recent advances of ECA technologies show how the NDT industry is far from trailing behind: it is constantly working in collaboration with some of the most advanced engineering groups to offer reliable and ever-improving innovative inspection solutions.