How to Automate your Inspection Process

Manufacturing is becoming automated on a broad scale. The technology enables manufacturers to affordably boost their throughput, improve quality and become nimbler as they respond to customer demands. Ultimately, this helps them become more efficient.

“Automation in its truest sense means taking a series of manually performed tasks, analyzing how each task’s output interfaces with the input of the subsequent task, then removing anything that causes friction between them and stringing them seamlessly together,” says Markus Tarin, president and CEO of Movitherm/Movimed. “This creates a new process or task flow that can now function autonomously, thus removing the need for human intervention. Automation, if properly designed, creates a higher level of efficiency, repeatability and reliability.”

Automation was once a newfangled idea, but the technology has now become widely accessible, Zimmerman says.

“While automation used to appear as a futuristic concept, it’s now much more practical, allowing organizations to ease pain points and cut costs across departments,” he says. “It also allows for more accurate execution, planning and forecasting.”

This ultimately augments manual labor and helps workers make smarter decisions on the shop floor or behind the scenes, he adds. 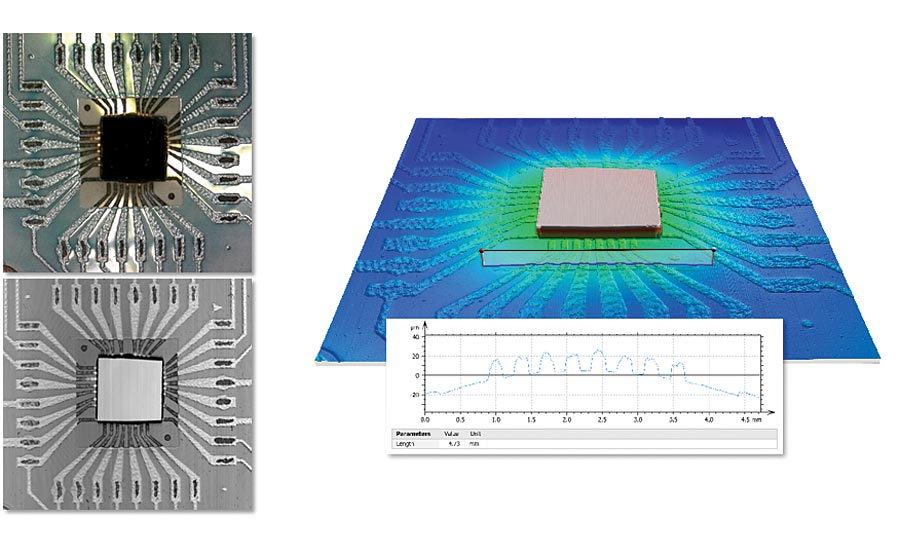 This is a 3D scan of IC. Source: Focalspec Inc.

The value of automating inspection processes

Tarin says that often, manufacturers who have relied on manual inspection have only done quality testing on a spot-check basis, which provides too limited of a dataset for reliable tolerances.

Once these manufacturers automate their inspection systems, which sample in real time, “very quickly it becomes clear that on average, the actual manufacturing tolerances are significantly greater than previously assumed,” Tarin says.

This is where the real value of an automated inspection system comes in, he says. The newly acquired data allows manufacturers to improve their upstream process, tighten the manufacturing tolerances and produce better quality.

Most of the measurements are done away from the machining and the results are not directly correlated to manufacturing, resulting in no closed loop automation.

Manufacturers sometimes concentrate most of their quality control efforts on expensive external measurement devices, which can get backlogged, creating bottlenecks as the machine tools wait for results. There is an opportunity to automate this data feedback and make the process more efficient and cost-effective.

Whether manufacturers want to streamline data collection, overhaul their inspection processes or minimize errors in real-time, implementing automated metrology software and applications will depend on the organization’s current needs and challenges. It could even vary by industry and product.

Klebe says that manufacturers might start by scaling their automation investments, “such that [they] can be initially tried in a lower-risk area and then expanded as budget and their appetite for further automation expands.”

They should also configure the physical layout of the production areas so that automated test and inspection equipment can measure a high variety mix of products, he says.

When it comes to automation complexities, manufacturers are generally most challenged by designing automated inspection systems that are flexible enough for users to seamlessly switch over to future parts without having to reprogram existing measurement software, Tarin says. This is especially true if the users have little background in automated optical inspection systems.

Ultimately, staff must communicate with each other about their goals and ensure that they are on the same page before making any moves, experts say.

“In order to see success in any technology implementation—but especially for something as important as quality control metrology—it’s important to be aligned on what the challenges are and how automation will solve these pain points before beginning the project,” Zimmerman says. 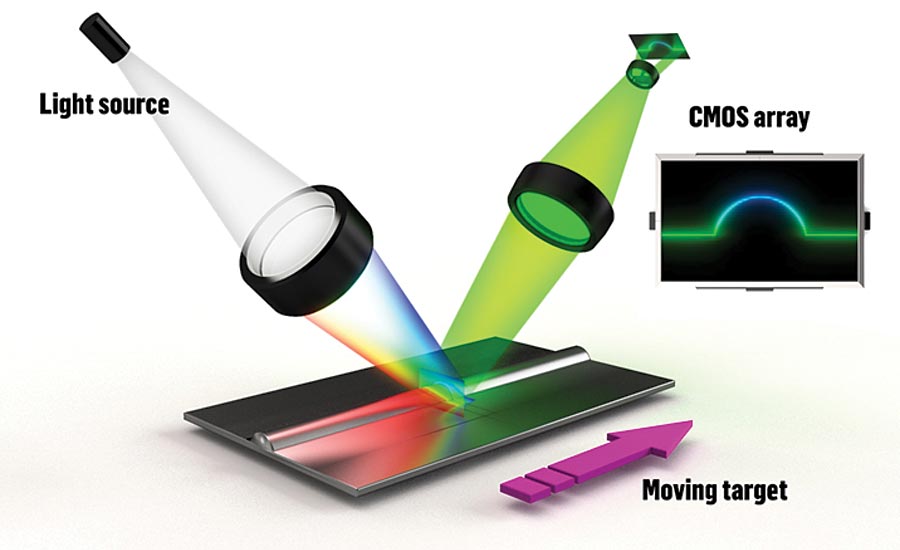 By utilizing a central dashboard for different applications within mobile applications, workers can check work orders and product quality and respond with necessary adjustments in real-time.

“This also allows for smarter purchasing decisions to be made and [better] quality tests, allowing for products to be automatically rerouted or flagged, which is a huge cost saver and an important development for manufacturers,” Zimmerman says.

While some inspection tasks can be achieved using new high-resolution camera technologies that perform other quality checks beyond measurement—such as manufacturing defects, or assessing color or shape—laser or displacement sensor technology remains a more accurate and cost-effective solution for most precision measurement applications, says Klebe.

“Where larger parts require dimensioning and the camera can be placed at a distance of 500 millimeters or more from the object—providing a larger field of view—camera-based dimensioning, [which uses] a technology that eliminates lens distortion, may be preferred,” he says.

Automation in metrology used to be largely confined to the limits of desktop metrology systems, Tarin says.

“These systems were able to perform some automated inspection tasks on small sample batches [but were not] suited for integration into a production line for 100% in-line inspection,” he says. “Nowadays, there are 3-D sensors available that allow for high-speed, high-resolution scanning that overcome that limitation.”

These sensors rely on proper integration and custom software development, and staff must plan carefully if they want to archive all their data. With such high speeds and resolutions, these sensors tend to produce ample data in a short time periods.

As a desire for tighter production tolerances continues to push measurement to new levels, Klebe says, “the desire to automate and integrate results with other production process data for operational improvements and real-time quality monitoring requires that metrology equipment communicate its data with rest of the automation network, typically via Ethernet based protocols.”

Evolving with the field

Automation within the field of metrology used to be relegated to simple inspection tasks and has now become helpful in eliminating operational error and giving manufacturers full, real-time visibility into the entire manufacturing process.

Zimmerman anticipates that more manufacturers will embrace automation in the coming decade, and those who don’t invest in this area will fall behind.

“The field of metrology, like many other important processes in manufacturing, is an example of a field that has been quickly changed by automation for the better—and we’ll continue to see this play out,” he says.