Any quality professional worth his keep knows that gage repeatability and reproducibility (R&R) studies are a critical part of a successful process control system, but it is amazing how many do not understand how to properly conduct a study or how to interpret the results.

Quality professionals know that measuring manufactured products is critical to maintaining the customer specification. They also know that measuring products is necessary for statistical process control systems designed to improve the manufacturing process itself. What is sometimes forgotten is that the data is only worthwhile if the measurement system itself is adequate.

Measurement systems contain variation from three main sources: the products themselves, the appraiser taking the measurements and the equipment used to perform the measurement. The gage study shows the contribution of each of these areas.

In an adequate measurement system, one would expect to find most of the variation within the products. If the bulk of the variation is created by the appraisers or the equipment, then the system may not be suitable.

The gage study consists of several parts that are repeatedly measured by multiple appraisers. While the numbers can vary, most studies use 10 parts and three appraisers who measure the parts at least three times each.

The repeated measurements are called trials. Calculations are then made to determine the level of variation between the appraisers, parts and across the trials. It is not necessary to go into the actual calculations here since there are numerous software programs and templates available to assist operators. Instead, let’s focus on how to perform a valid study and how to interpret the results.

Selecting part samples is perhaps the most critical step in performing a successful study-and probably the most misunderstood. Part samples used for gage studies should represent the true variation of the production process. A common mistake is trying to select production samples that are similar. Some instructions for gage studies even state that samples must be from the same batch.

The truth is that using products that do not represent the variation of the process will cause the gage study results to be worthless. If necessary, operators may even select samples over a period of days or weeks to get samples that truly represent the process. Always remember that it is the measurement system that is being evaluated here, not the products.

Now it is time to start measuring. Here are a few guidelines for the measuring process: 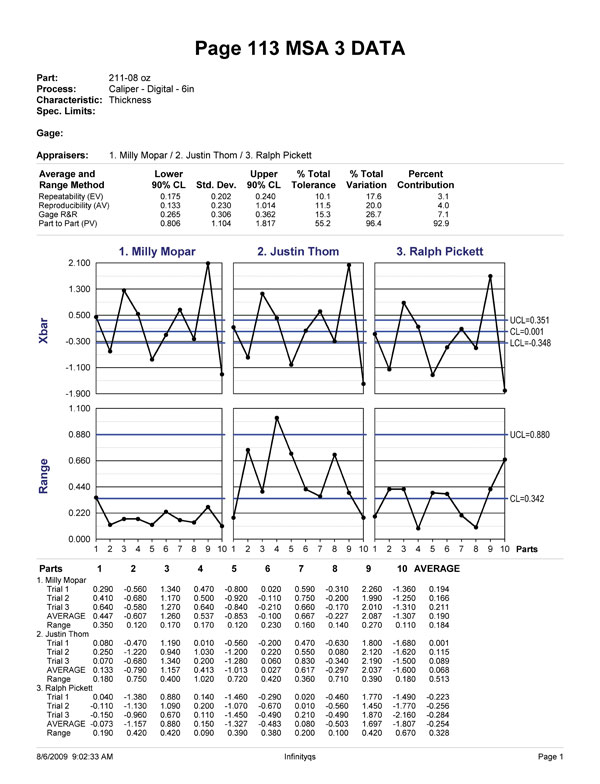 Figure 2. The average and mean report includes not only the measurements and calculations, but also a graph charting the appraiser results. This chart is useful in pinpointing appraiser training or method issues. Source: InfinityQS

Let’s take a closer look at the various reports used to evaluate the gage study.

Appraiser variation (AV) represents the reproducibility of the system. The TV chart also reports the AV as a percentage of the total variation of the system. A high percentage here, greater than 30%, indicates a large operator-to-operator difference. A possible cause could be operators not following proper measurement procedure, not trained properly or perhaps trained in different methods.

If the GR&R is less than 30%, the system may be accepted, but there should be some plan to review the system for improvement. A GR&R result of greater than 30% shows that the system must be improved as the appraisers and equipment contribute to more than 30% of the system variation.

Another critical calculation in determining if the gage study is valid is the number of distinct categories (NDC). The NDC is the calculation for the number of non-overlapping 97% confidence intervals that span the product variation. In other words, it is basically the part variation divided by the GR&R result and multiplied by a constant. The NDC should be five or greater for the study to be considered valid.

As discussed earlier, a common problem with gage studies is that the part variation does not represent the expected process variation. If the part variation is too small, then the NDC will be below five and the study should not be considered valid. In this case, operators may sample again to obtain parts that do represent the full range of process variation. Remember to evaluate both part variation and gage R&R. If the gage R&R itself is too large, then the NDC will be low as well. If this occurs, operators could have an issue with AV, EV or the measurement system itself.

When evaluating the TV report results, remember that these results are calculated against the process variation only. In the example, the GR&R% is 26.7% of the total variation. This report shows which section of the measurement system may need improvement, but it does not show how the system works within the actual tolerance of the parts. To evaluate the measurement system against the tolerance, one must use the total tolerance report.

If the study is to determine if a measurement system is adequate for a specific purpose, then the results should be evaluated as a percentage of tolerance and the total tolerance report should be used.

The Average and Mean Report

The average and mean report includes not only the measurements and calculations, but also a graph charting the appraiser results. See Figure 2. This chart is useful in pinpointing appraiser training or method issues.

Average and mean charts should not be read as a control chart. The data is plotted by sample number and not time sequence. Each chart plots the mean of each sample part and the range of each sample part by operator. In the example, one can tell that all operators have similar averages on all 10 parts; however, the second operator, Justin Thom, has much more variation on each part. The next step here would be to determine if Justin is following the correct procedures or if he has been properly trained.

Understanding how to properly conduct a gage R&R study and how to interpret the results is a key skill for quality professionals. For more detailed information, consult AIAG’s Measurement Systems Analysis, third edition, 2002, and Evaluating the Measurement Process, Wheeler and Lyday, 1984. Q

Here are a few guidelines for the measuring process:

For more information on gage R&R, visit www.qualitymag.com to read the following:

Quality 101: An Introduction to Gage R&R

How Does Standard Gage R&R Measure Up?